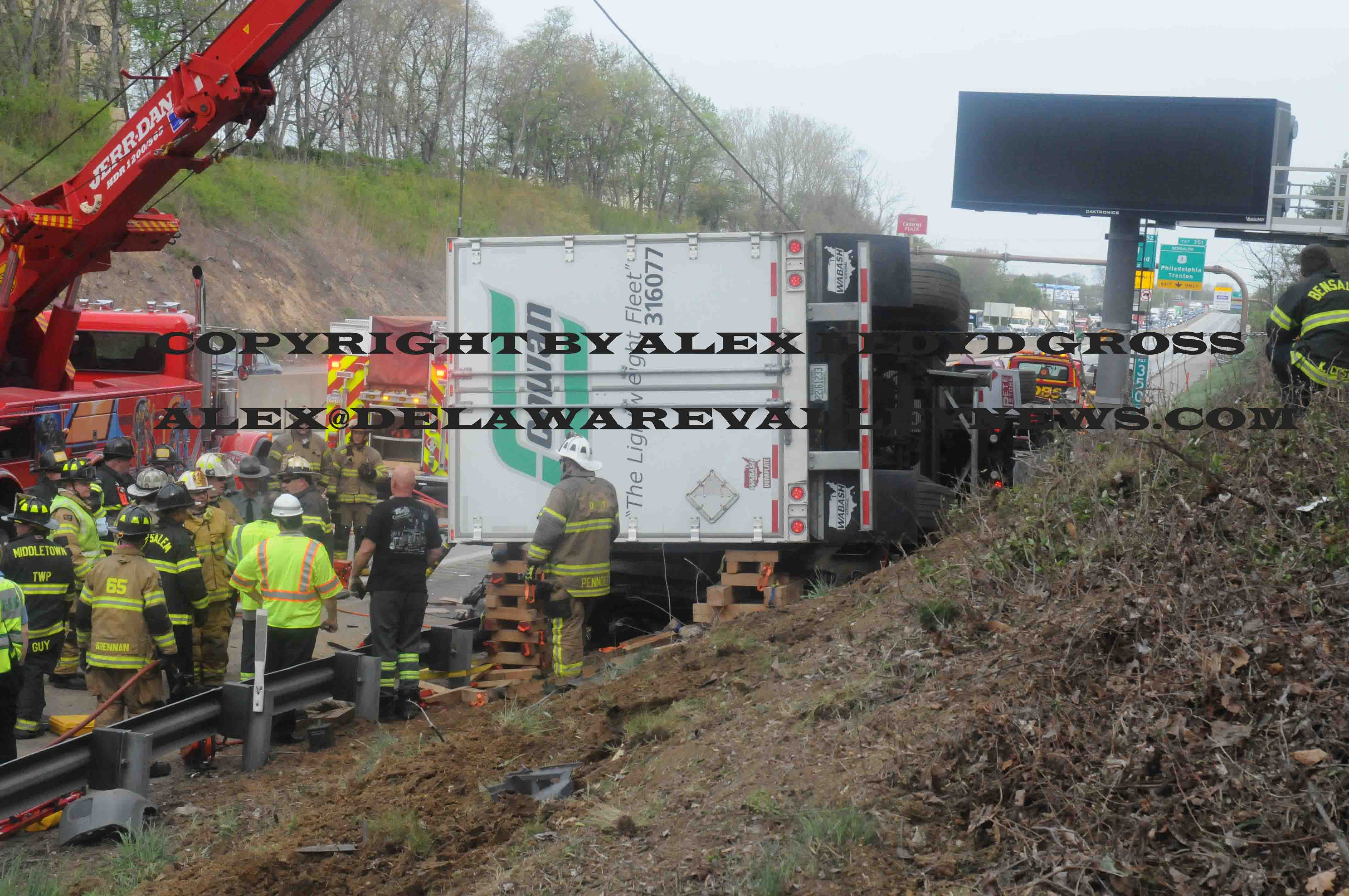 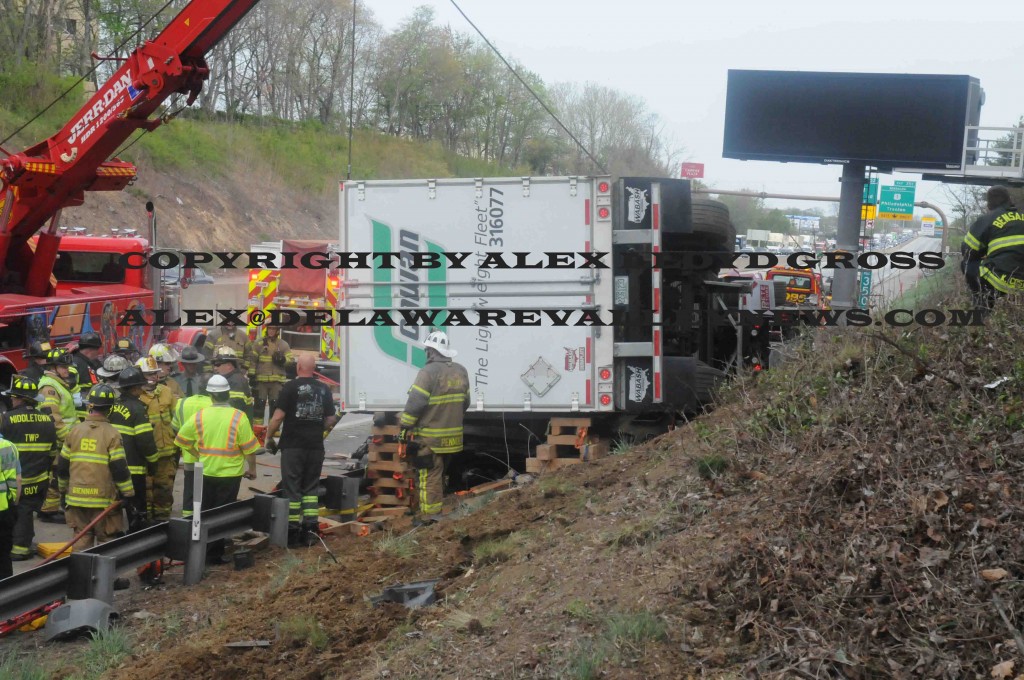 A tragic accident on the east bound lanes of the Pennsylvania Turnpike  near Trevose road in Bensalem Township has claimed one life and injured another.  The accident was reported shortly after 3: 15 PM. There were reports of a tractor trailer that overturned on top of a car.  as first responders arrived and assessed the situation, they determined that the best course of action was to call in heavy dury wreckers to hoist the trailer off of the car.  once that was able to happen, another tow truck dragged the car out from the trailer.

The driver and sole occupant of the car was pronounced dead at the scene. The driver of the truck sustained an injury. traffic was backed up several miles , almost to Willow Grove.  Fire police were called to shuttle traffic off an emergency access road  for a short period of time.   The cause of the crash has not yet been determined.  There were road marks indicating the truck veered  off the road. What cause that to happen is not yet known. The identities of the drivers have not been released yet.

Expect massive delays in both directions on the turnpike for several hours.