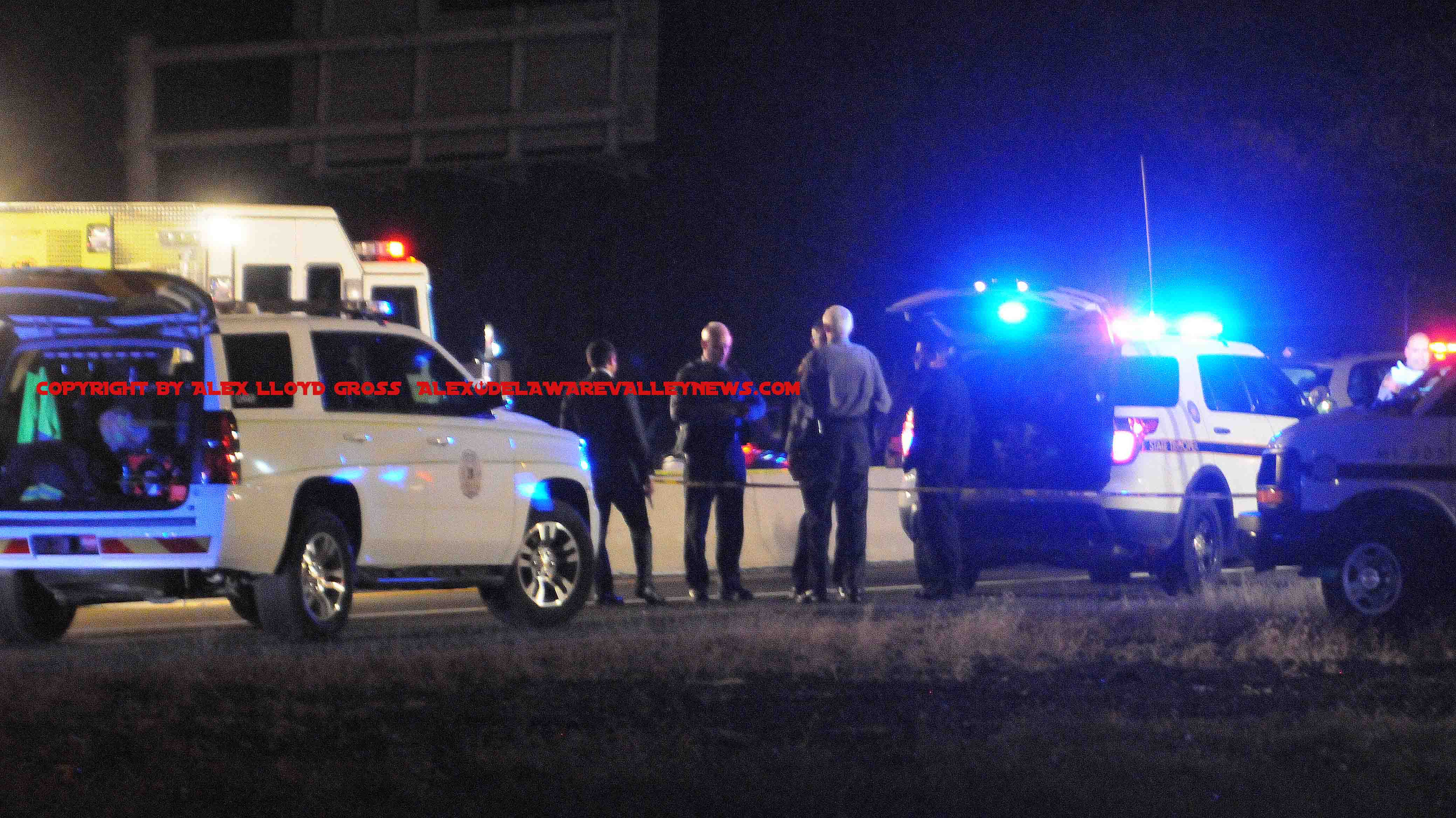 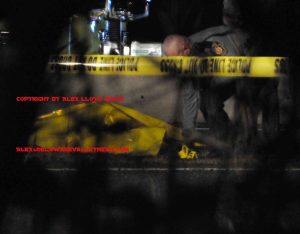 Two people, a male and female were shot to death on the entry to Interstate 95 from the Park and Ride, in Bensalem  Bucks County.  This is being called a murder suicide . The incident is being investigated by the Pennsylvania State Police.  Authorities said they are not looking for suspects. The motive behind the shooting is unclear, but twopeople were arguing in a vehicle.

Both bodies are  laying on the highway under a yellow tarp.  Firetrucks were called to provide scene lighting. A plethora of police cars is on scene, with flashing lights distracting motorists. traveling north. Several near collisions were witnessed.   The entry ramp to I-95 north from Woodhaven Road is closed to traffic.  The shooting happened just after 5:30 PM.  November 25, 2017 The scene is expected to be there for several hours, until the bodies have been removed. Identities have not been made. A male in his 60,s and a female 32 years old were in a car together, when the female ran from the vehicle. She was shot near the vehicle, which was parked on the shoulder near the ramp, where the shooting took place. The relationship between the two  have not yet been determined.  This story will be updated with more information as it becomes available.