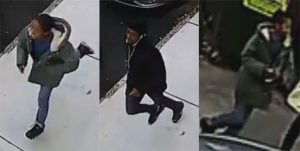 The following is a news release from Philadelphia Police  who are looking for juvenile males who think it’s okay to beat and rob someone. Look at the photos and click the video link. If you know who the thieves are,  contact Philly Police. They will be happy to speak with you: