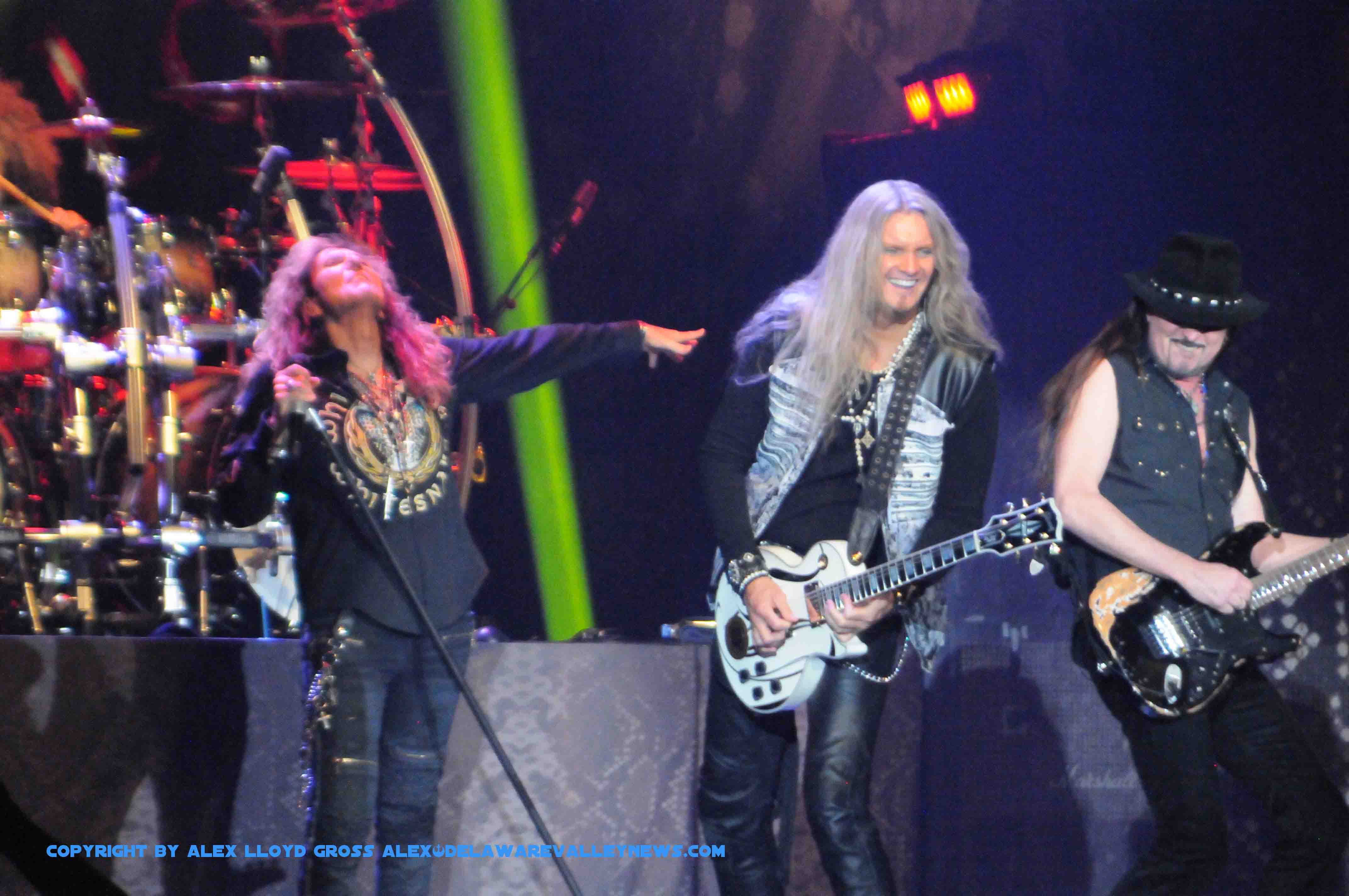 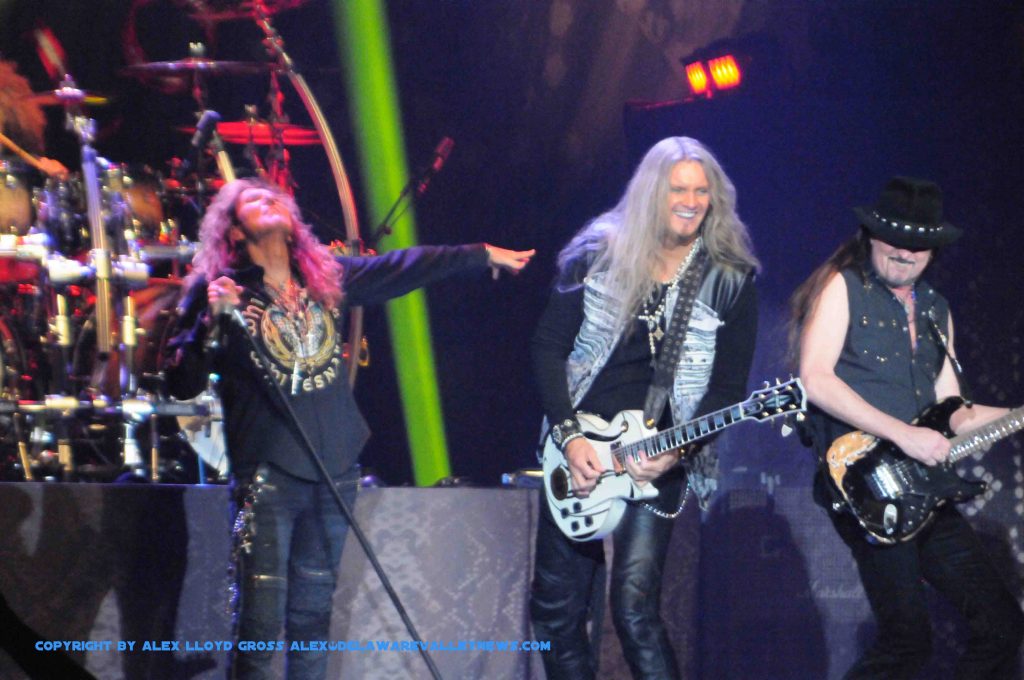 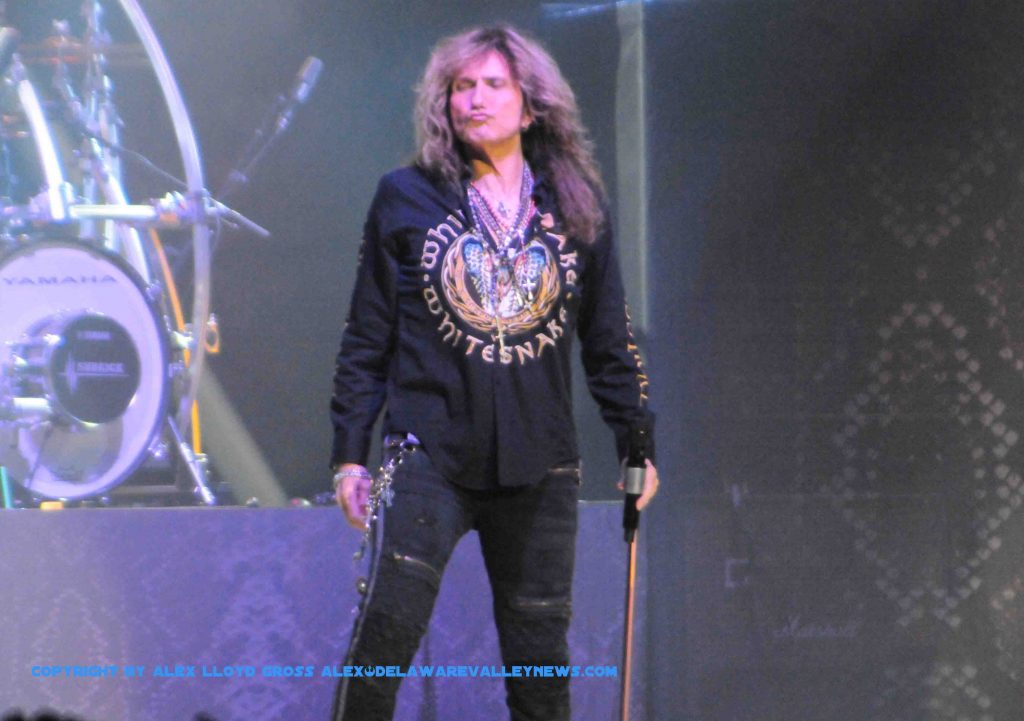 Whitesnake is back with a brand new record  called Flesh and Blood.  It a word, this record smokes. The band was in Bensalem last night, May 2, 2019 for a near capacity show at Parx . The crowd was comprised of rockers who back in the the day stood on their feet for shows.    Last night was no exception. As the band tore through 80’s classics such as “Bad Boys” , “Slide It In”,  and “Slow and Easy”. the crowd was on their feet. This was a rock show pure and simple.

Whitesnake was onstage for about 90 minutes and got great crowd reaction when they did “Shut Up and Kiss Me” from the new record.. Of course,this is not the original line up from the1980’s but just who was on stage was enough to make it worth the price of admission in any band. Tommy Aldrich on drums . Behind the kit, he was an absolute wild man. Joel Hoekstra on guitar. If his name sounds familiar, it’s because he also plays with Trans Siberian Orchestra. Reb Beach on guitar.

This was a precursor to  M-3, which will see them headline the Maryland rock fest this weekend, if you did not get enough of them last night.   The new record is not out yet, it drops May 10. Fans of the bands older music will like this record. Even though Whitesnake is a hard rock band , their biggest commercial hits are ballads. “Is This Love”, which was played and yes, the crowd stayed on their feet for this song. Towards the end of the show, fans down front stood against the stage , where David Coverdale would gladly shake hands and blow kisses at females in the crowd. 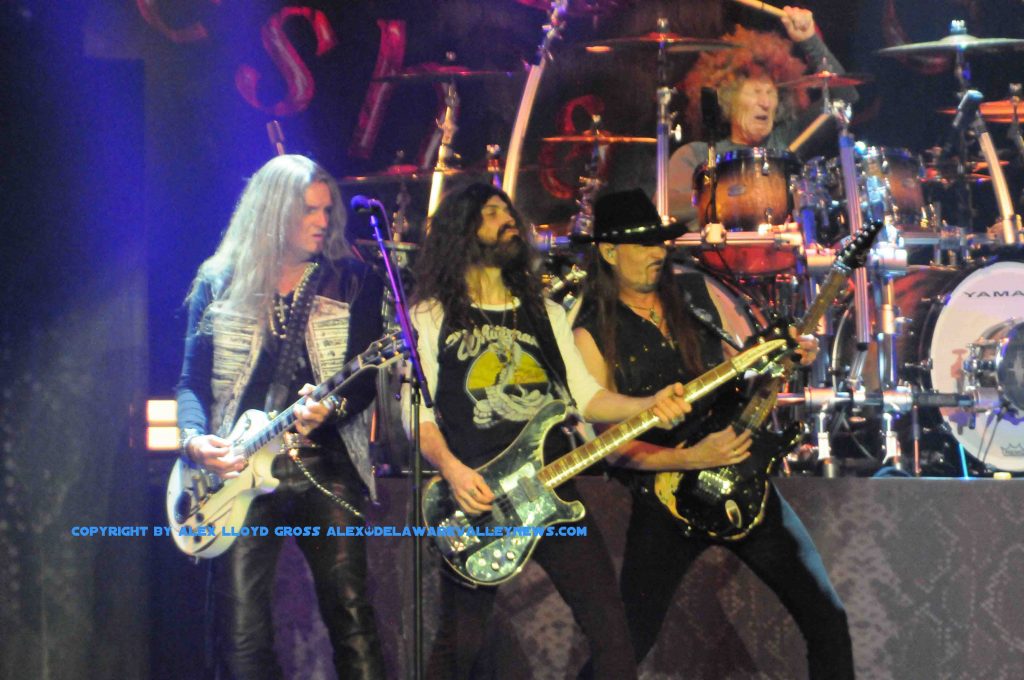 Sure, some people may be skeptical, they wonder  if this band can still deliver. All you have to do is go here to check out the video. It’s reminiscent of 1988 all over again. It’s got hot girls and loud rock and roll, sure to offend someone, especially in this climate. However, that is what rock and roll is all about. Whitesnake shows are 75 percent females.  This one was no different.  Shows at Parx are great for several reasons.

1, You never know who you will sit next to. Mike LeCompt was in the crowd, fresh off his sold out  benefit that he played in  the very same Xcite Center a few weeks ago. So was Johnny Rogers, who has been in many local rock bands and currently fronts a country band, “Let’s Ride”.

2 Customers who attend the shows to do not get robbed as soon as they arrive with outrageous parking fees. To be honest, these greed driven fees which reach obscene amounts of $30 to  $60. keep many fans home. Parking at Parx is free.

3 You may come home with more cash in your pocket than you left with. It’s a casino after all. 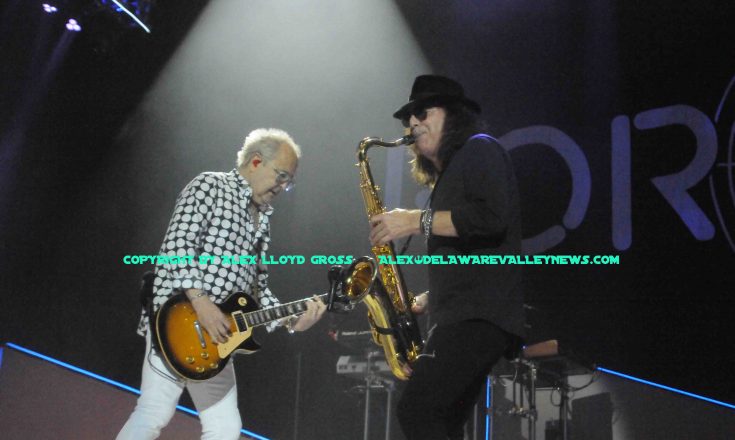 Foreigner proves they are no stranger to area