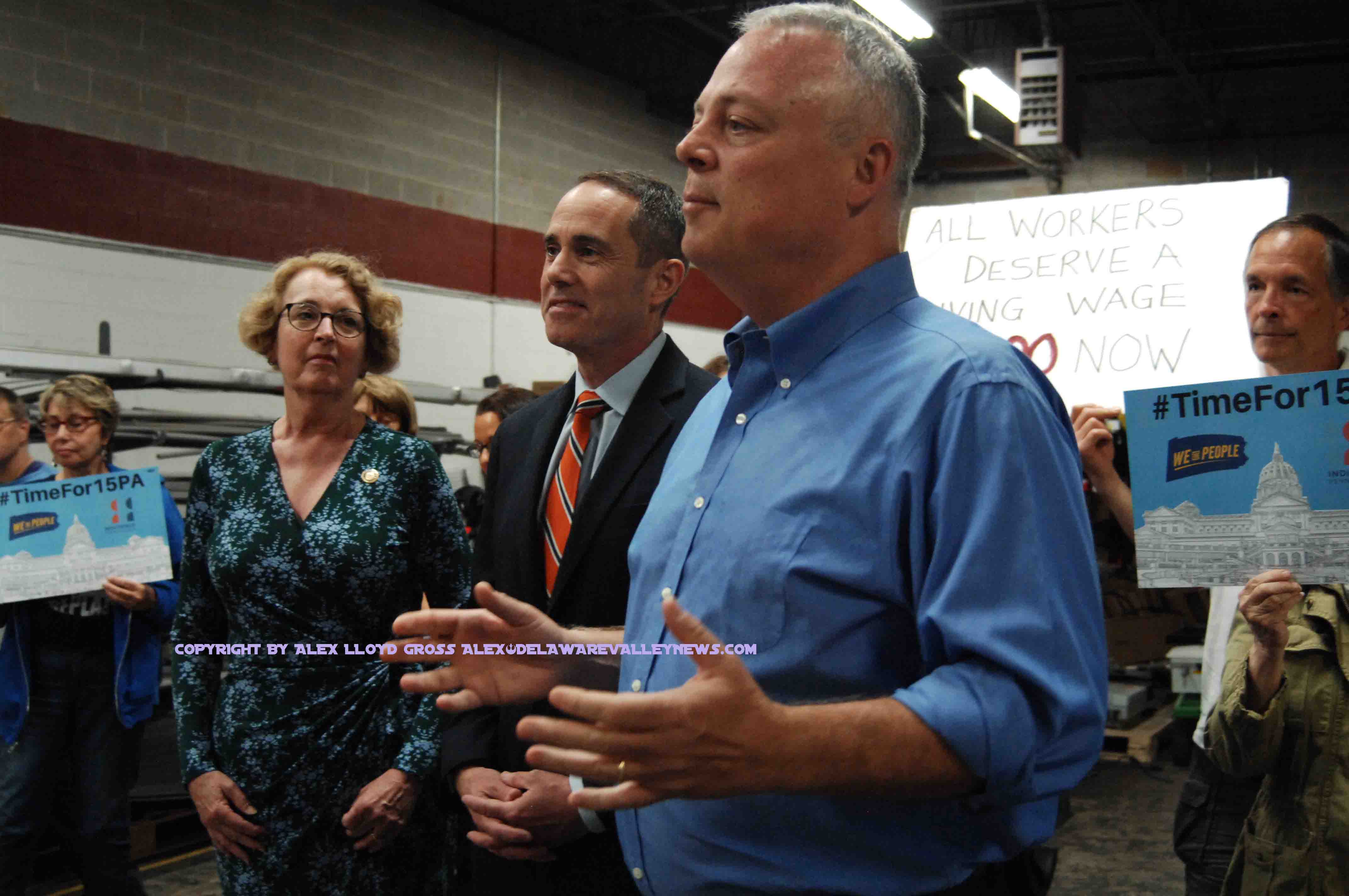 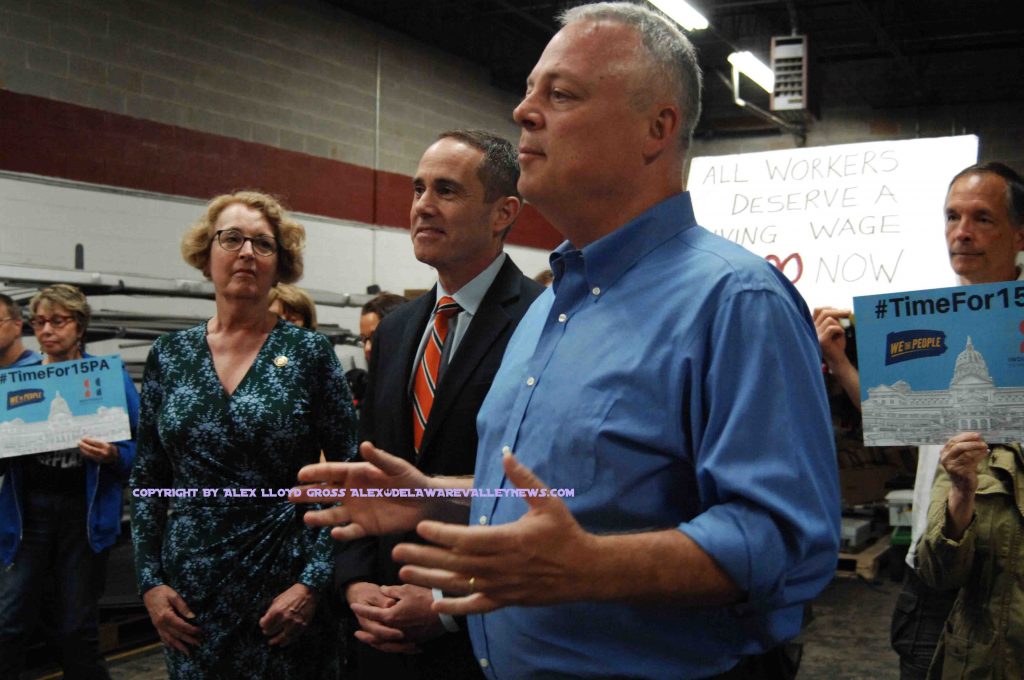 Several Elected officials in lower Bucks County paid a visit to Exact Solar in Newtown Township to discuss the minimum wage.  That issue has been a political hot button and it appears that most of the republican opposition has softened their stance on keeping the minimum wage at $7.25 /hr..  Just how much the rate will jump depends on a lot of different factors in negotiations which will happen during June of this year.   Currently Governor Wolf has proposed a rate to raise the minimum wage to $15.00/ hr  by 2025.  Some republicans like Sen. Michelle Brooks are pushing for $8.50 /hr, which is where the majority of low wage  workers. already are.  There are multiple rallys being held today, May 23, 2019 across the state.

Representative  Perry Warren co sponsored legislation by Patty Kim and he was standing next to Dara and Mark Bortman, owners of Exact Solar,  as they spoke about the need to pay employees what they are worth. “I don’t have to spend time training new people, hiring them,  my employees are valued and they want to stay. I don’t want them to worry about expenses like car repairs or anything else,” Dara Bortman said.

In the northern end of the state, Senator Michele Brooks was caught on camera advocating for $8.50/hr to a business group.  “Chambers of Commerce” and business groups are doing most of the push back against a wage increase. .  When asked if the Bortmans belong to any,  Mark Bortman admitted they do “But they have it wrong when you don’t treat people fairly. They will leave you in a heartbeat for .25 an hour more,” he said.  The lowest paid employee at Exact Solar gets $15.00/hr.

Those opposed who claim it hurts business need only look at where the minimum wage has been increased to see the real facts. Job growth and better economy.  Have jobs been lost? Yes, but those workers find different, higher paying jobs.  If the corner store closes and takes with it five jobs, Those six people ( including the owner)  are now employed at a higher rate. Service jobs churn and are always available.

According to Senator Steve Santarsiero, who was standing with the Bortmans today in their warehouse,  “I think the republicans are ready to move on this, it is about helping people make more money. As for $8.50, that is not what we are advocating, that really does not get us anywhere,” he said. Representative Wendy Ullman who has the Doylestown area said “If you think it’s only a city issue, you are wrong. 8000 people in my district alone work for minimum wage,” When pressed about the lack of education that some workers have, she countered “So what? That was the same line that people used to avoid paying women the same as men, they don'[t support a household. The employer is seeing a benefit by having the work done. It is about respect and everyone deserves the respect and dignity that a decent wage can bring,”. 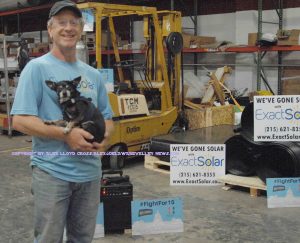 Exact Solar was contacted by “We the People”, a grass roots advocacy group that supports a minimum wage increase. This was one of several done across the state to showcase businesses that are paying a fair wage already.  The Senate Bill which is sponsored by Christina Tartaglione in Philadelphia is getting noticed. “When Jake Corman, (the majority leader) in the Senate, is approached by Tartalione, he listens to what she has to say”,said Kathy Benton her legislative aide.  Most Democratic Senators feel confident that there will be movement on this issue. Should they come to an agreement, it still must go to the House of Representatives.  “This can be done quickly when we come together”  Benton said.

Not every republican is against this. Gene DiGiralamo from Bensalem could not be at Exact Solar but he contacted Rep. Warren to send his support. When asked his feeling, he said “We have to do something, I think it should be at $15.00/hr.