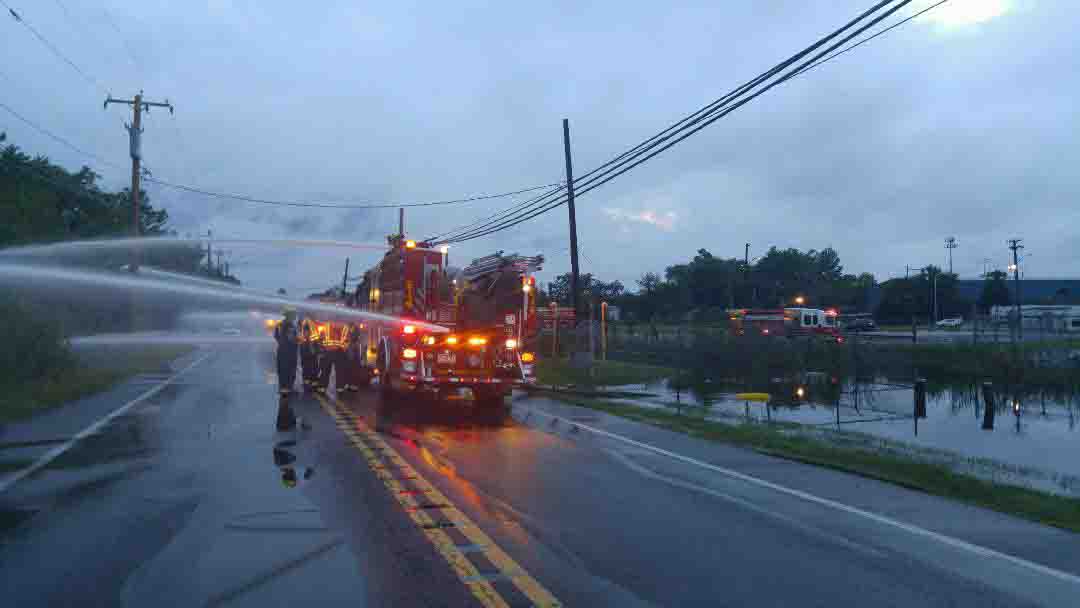 As the rain came down in buckets last night with flood alerts in place, Bristol Township officials closed State Road down in Croydon around 7 30 p.m, due to flooding. 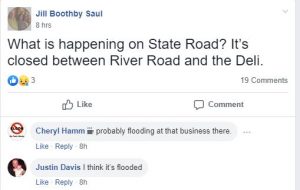 Posts and images to various social media pages, Croydonites frequent presented a sort of tick-tock of the storms wrath and questions about what was to come.

Fire Crews from Third District and Bristol Consolidated pumped out the low lying area until the top of the wet well was above water, Dippolito said.

Meanwhile, Dippolito used the resources of private business and government to remedy the flooding.

“I contacted Old Castle Concrete in Croydon and obtained a 48″ diameter, 8′ high, 8000 lb. concrete pipe to put over the well inlet to protect it from the surrounding water until the drainage problem can be rectified. Rob’s Towing brought the pipe to the scene and lowered it in to position,” the fire marshal explained via an early morning E-mail exchange.
The road was officially reopened “around midnight” the fire marshal said. 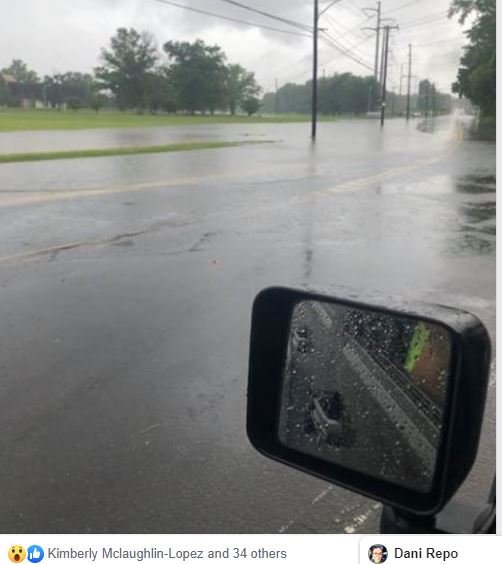