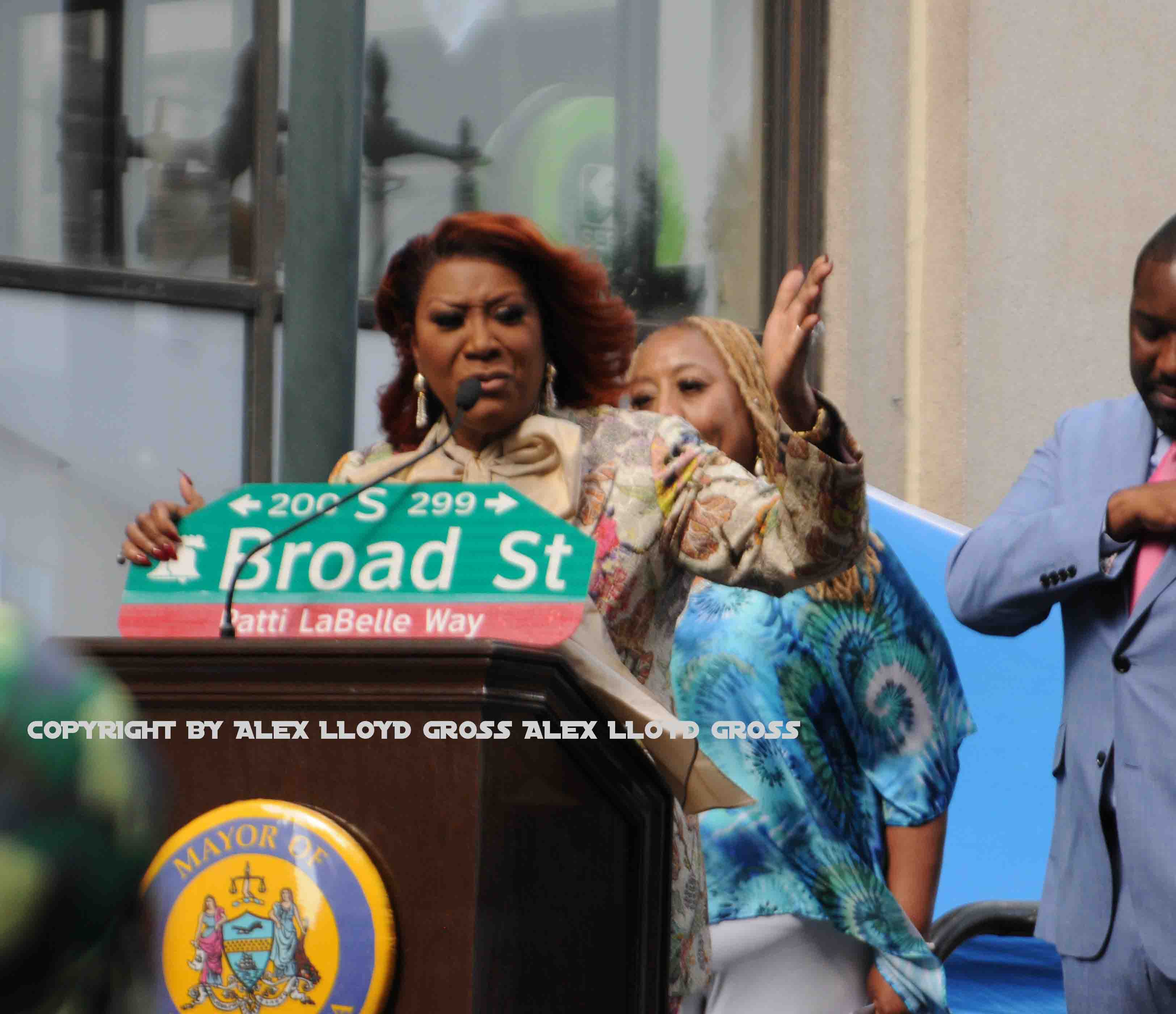 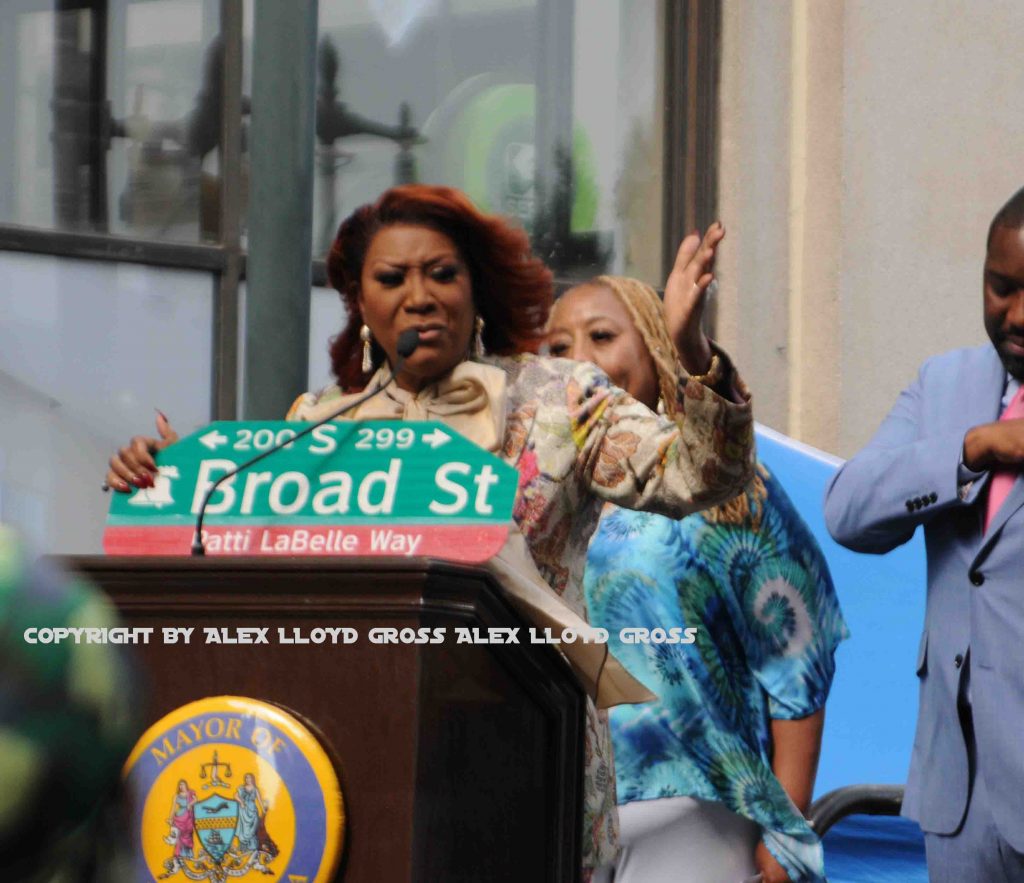 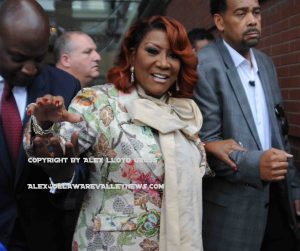 in October of 2017 Patti LaBelle got her spot on the Avenue of the Arts, a plaque  on Broad Street. Less than two years later, the city honored her with getting a portion of South Broad Street named after her.  Right at the corner of Broad and Spruce streets, you can look up and see her name.  The ceremony was held during the late afternoon July 2, 2019.

“I’m not gonna say it’s about time, I am gonna say i am so glad this happened when I am still here,” she said during the short ceremony.  Arriving just as she was scheduled to speak, she emerged from the Kimmel Center and walked past a few dozen people that lined up to see her. There was not time to chat,that would come later.  LaBelle was helped onto the steps of the stage, and was presented with a street sign with her name. She signed it  and made some brief remarks.

“it’s important to follow your dreams,” she said.  When she left the stage, she was besieged with autograph seekers and media, seeking comment.  Then there were the people who just wanted to catch a glimpse of her or say hello. Patti accommodated all that she could, stopping to chat and sign photos, albums and anything that was put in front of her.

LaBelle will be part of the WAWA Welcome America Festivities including reading from the Declaration of Independence on July 4. Later in the month she has a concert in Bensalem at Parx Casino. 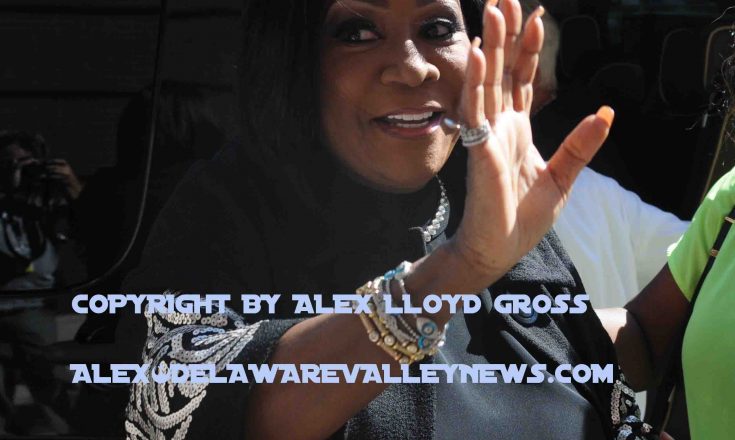 2017 Inductees of Philadelphia Walk of Fame get plaques