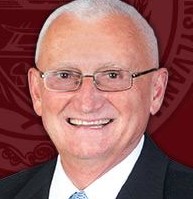 Announced Monday, the legislation would float up to $90 million in state bonds to reimburse counties for the cost of replacing old voting machines. DiGirolamo — a Republican who is running for county commission — says that’s about 60% of what counties are expected to pay for the machines, according to release from the Bensalem state representative.

“Our counties are in the midst of replacing voting machines,” DiGirolamo said. “They are working diligently, within a short time frame, to make the right choices for their respective voters. This is a costly endeavor, and we must take steps to provide needed funding. In addition, we need to remove barriers that prevent people from exercising their right to vote.”

DiGirolamo, when asked whether or not the new machines provided a paper trail back up, on his Facebook page, said  “Under the decertification efforts, all counties must replace their current voting machines with those that produce a voter verifiable paper trail. These machines can be touch screen machines that produce a paper copy of the ballot cast by the voter or paper ballot/optical scan systems. My legislation would help pay for the new machines.”

DiGirolamo expects to introduce the legislation after allowing his colleagues to review a co-sponsorship memo he has penned.