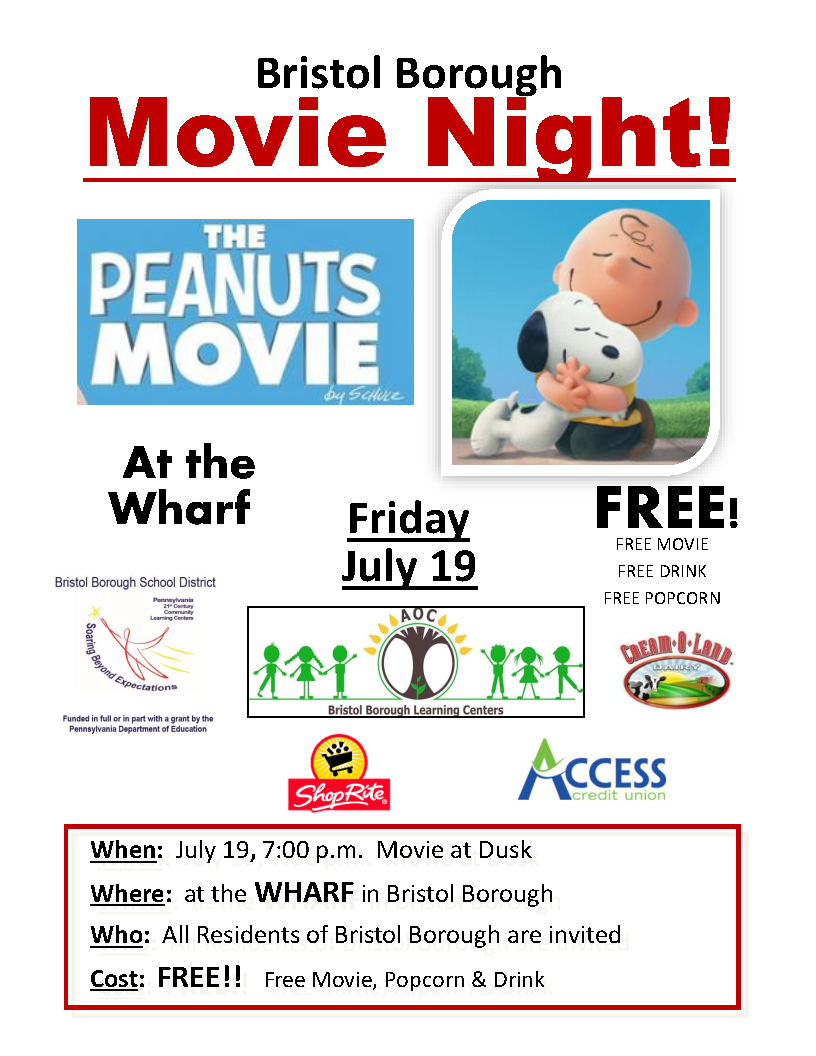 One of the main stay highlights of the outdoor event season in Bristol Borough is movie night  The Wharf scheduled to take place this Friday night with Snoopy, Charlie Brown Lucy and the rest of the gang in “The Peanuts Movie,” officials announced.

The movie event is free and includes popcorn and drinks too!

The movie begins at dusk.

Hope to see you there!