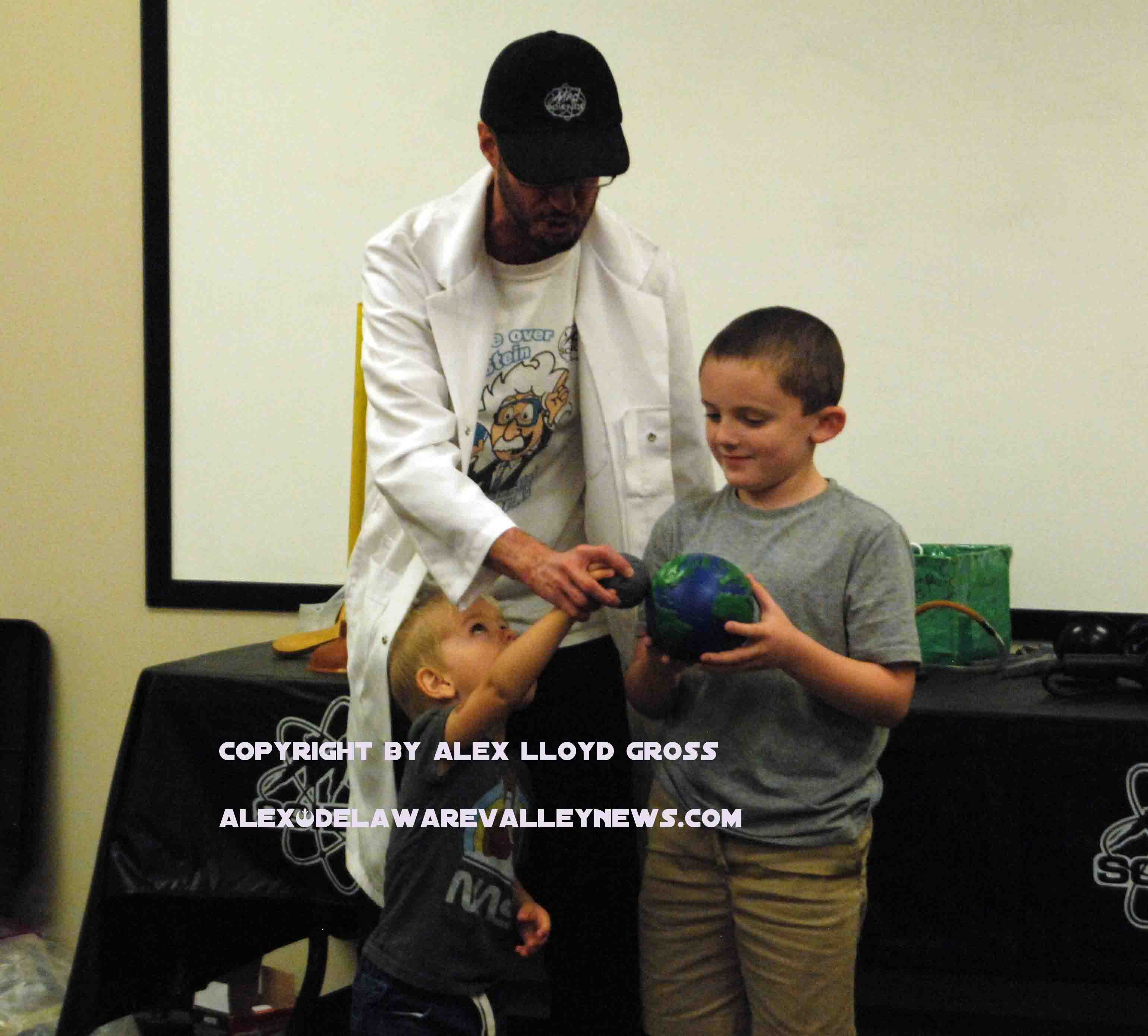 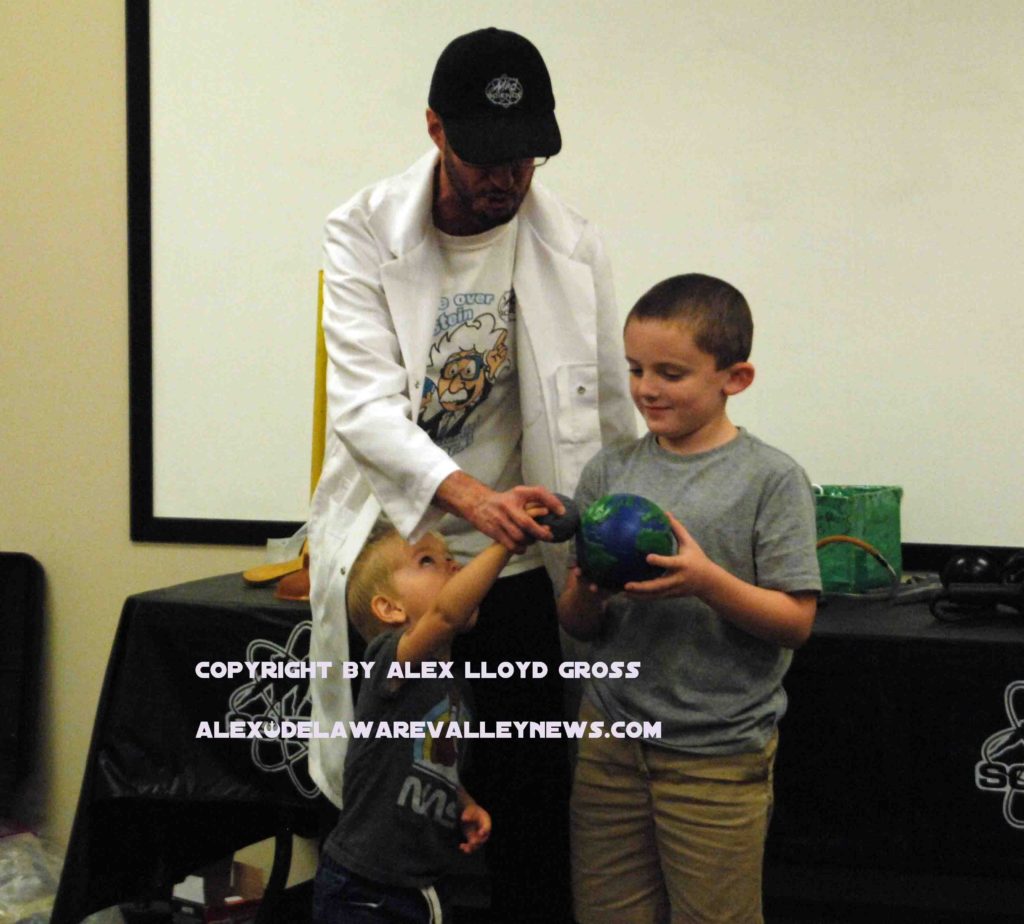 A program was held for children at the Grundy Library in Bristol Borough to teach children about space.  This free program was developed and given by “Radioactive Rick”, a youthful instructor with a bag of goodies, all geared to give kids an interactive experience. He would pullout models of the solar system and ask questions about it.The program was titled “Up Up and Away”.  It may sound easy but some of the questions asked could stump a NASA engineer.

Dressed in a lab coat and shouting out questions, “How many planets are there in our solar system?” Rick asked? He called himself the “Mad Scientist” .Most of the children in the audience understand that the “mad” means crazy and not angry.  To answer the above question, some scientists believe there are only eight planets. Other believe the answer is nine. Pluto is  causing quite the controversy due to it’s size.  “We’ll call it a “Dwarf Planet”, ” Rick said.

The program ran about one hour and gave kids that attended the chance to participate. When kids participate, they learn. It was kept very easy and fun. As kids grow and they keep their interest in space, the questions will get harder. “What is “Dark Matter” and at what point does the sun’s influence fall away from our planets? Those are questions that will be asked in high school or college. For the present, Rick was sticking with questions like how far is the moon from the earth? To answer that question, he had to children stand holding a moon and earth replica. “Figure about nine times the earth’s size,” Rick said.  In other words, about 250 thousand miles away.