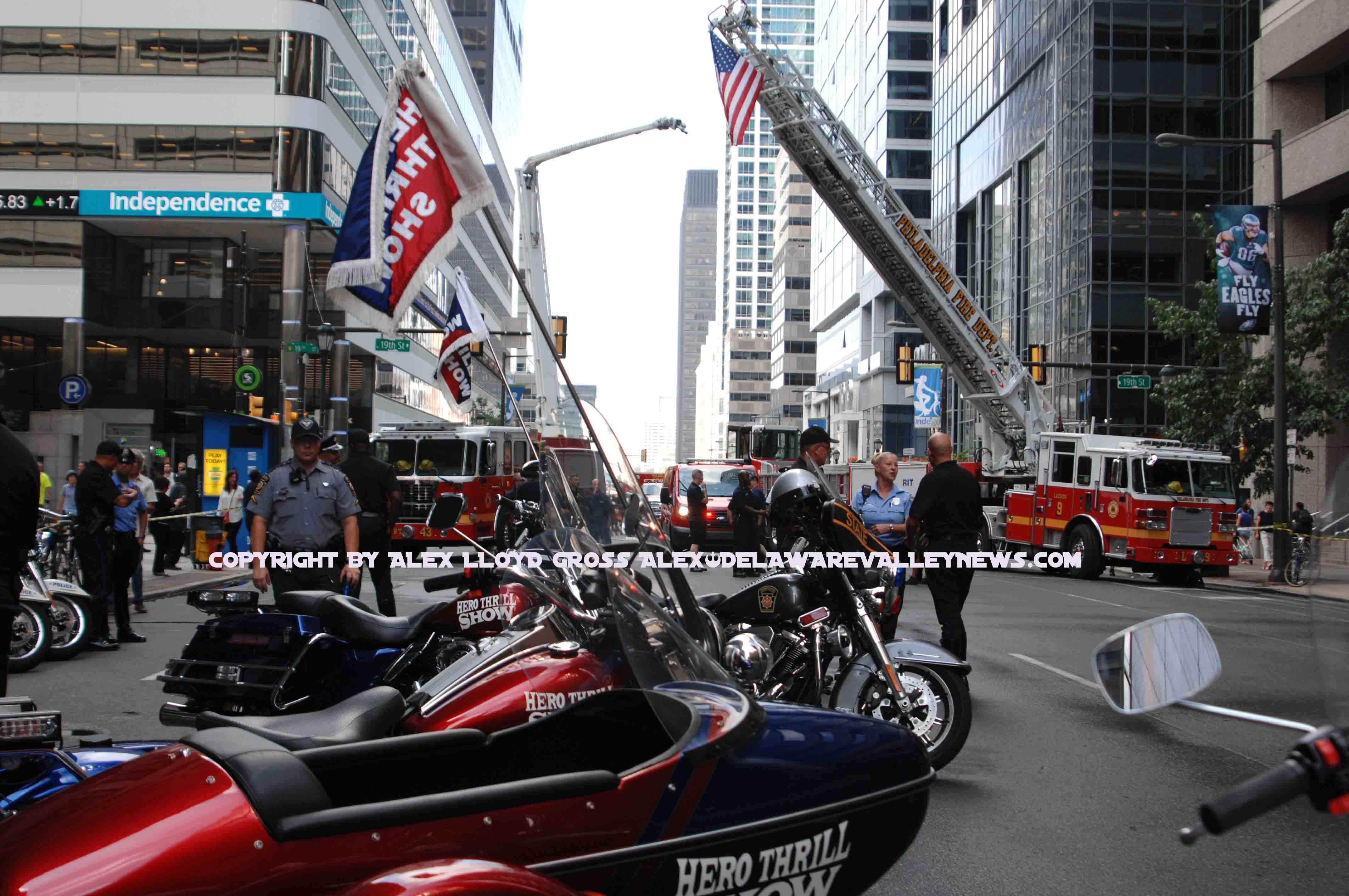 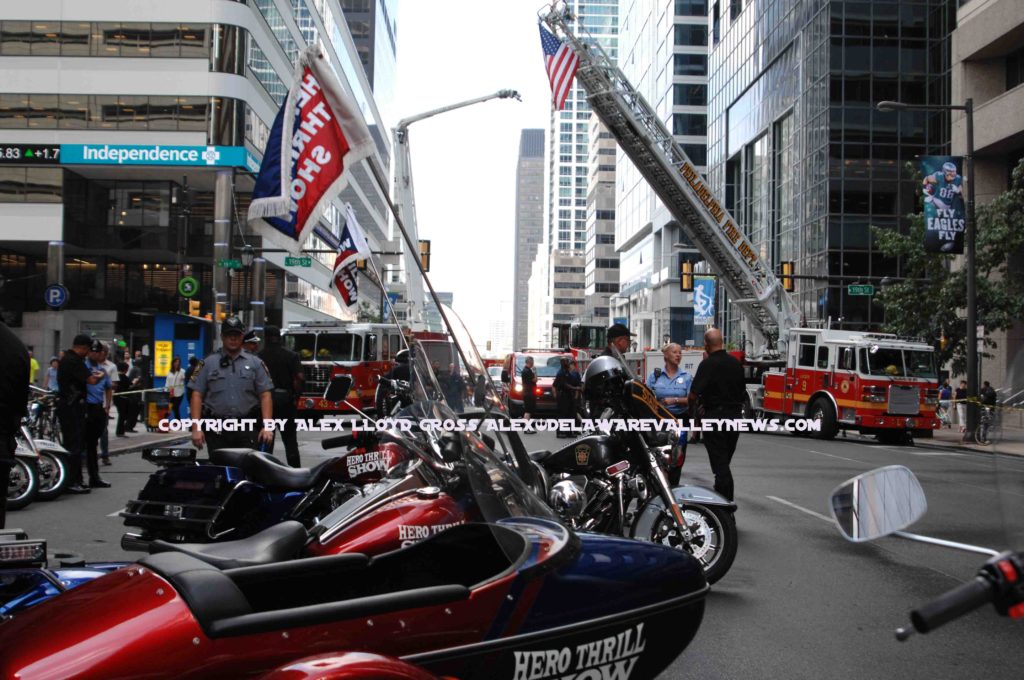 For about 30 minutes, people that work in center city got to see some of the sights that will be present September 14 at the stadium complex in south Philadelphia. Tickets can be purchased at any police of fire station. Today was a kick off held at 18th and Market Streets.  For this event, Market Street was closed to traffic and the Highway Patrol Motorcycle Drill Team rode their bikes in a circular pattern twice before leaving. They usually do a short 15 minute show but due to wet ground, it was not safe to do so. 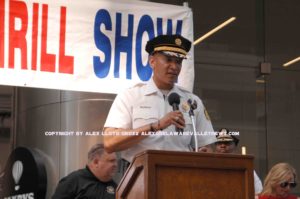 Instead,  people who came out of their office buildings heard from Deputy Fire Commissioner Craig Murphy and Acting Police Commissioner Christine Coulter. When a public servant gives up their life for the citizens of Philadelphia,  the children of that firefighter or police officer have their tuition for school, plus food and lodging. That is what the money goes for .

On September 14, the show will start about noon, with a parade. It will conclude at 5:00 PM. Children ( and adults) will be permitted to ride fire trucks during the duration of the thrill show.  The fire department will show off tactics for rescue and the drill team will do tricks . 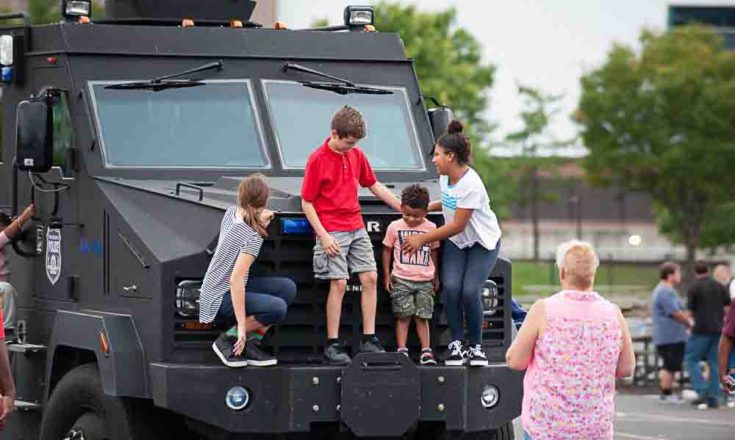 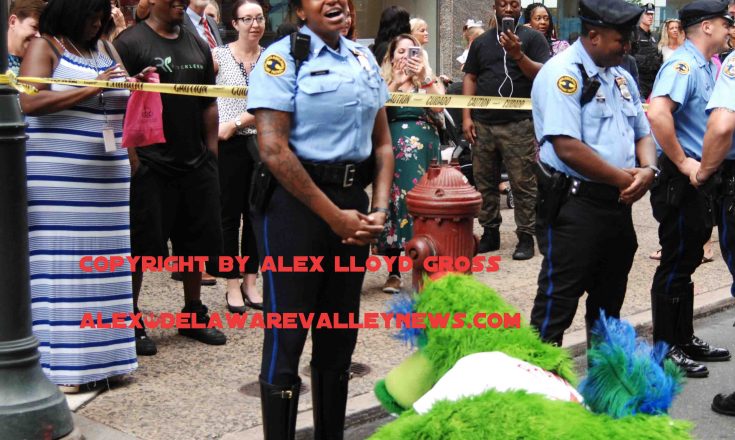