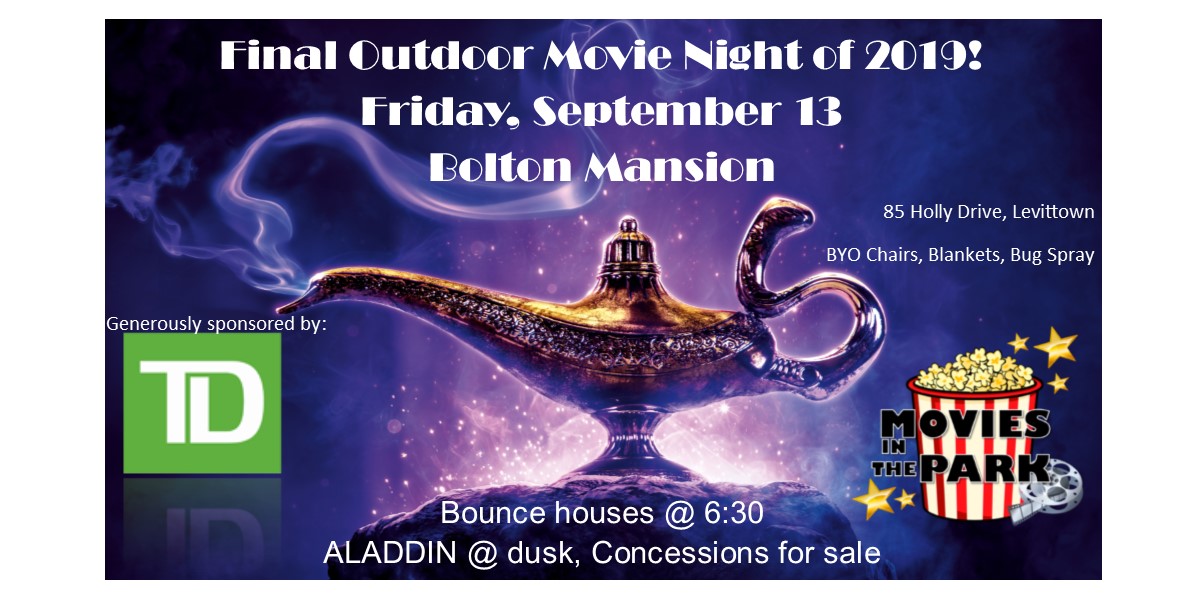 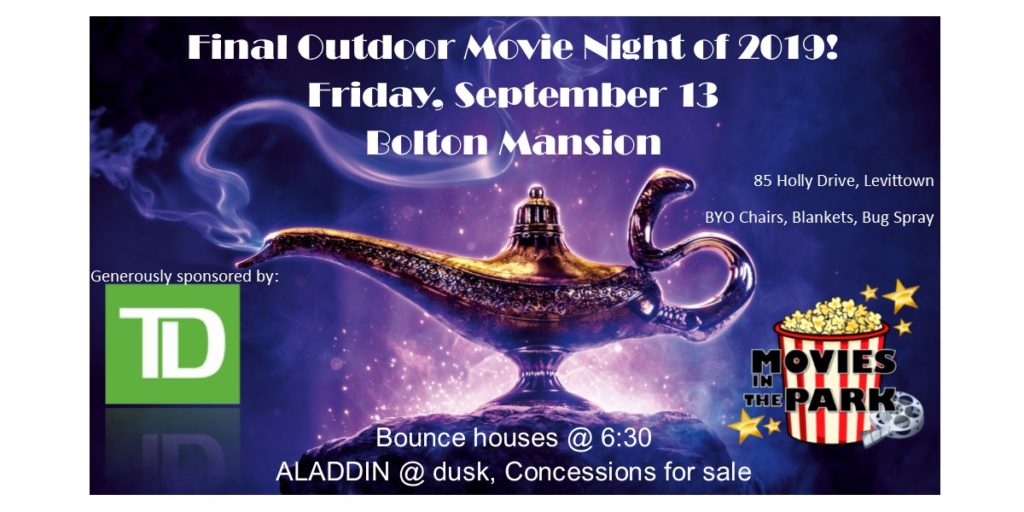 The last of showing in the Bristol Township movie series takes place at the Bolton Mansion Friday night.

Aladdin was announced Wednesday afternoon as the winner of the voting poll on the parks department social media page.

Bounce houses and concessions will be on hand with gates opening at approximately 6:30 pm.

Aladdin is scheduled to begin at dusk- around 7:30 p.m.

The parks and recreation department encourages attendee’s to bring their own blankets and chairs.

*According to the National Weather Service, sunset on September 13 is 7:11 pm.

Expect the movie to begin around 7:30 pm.