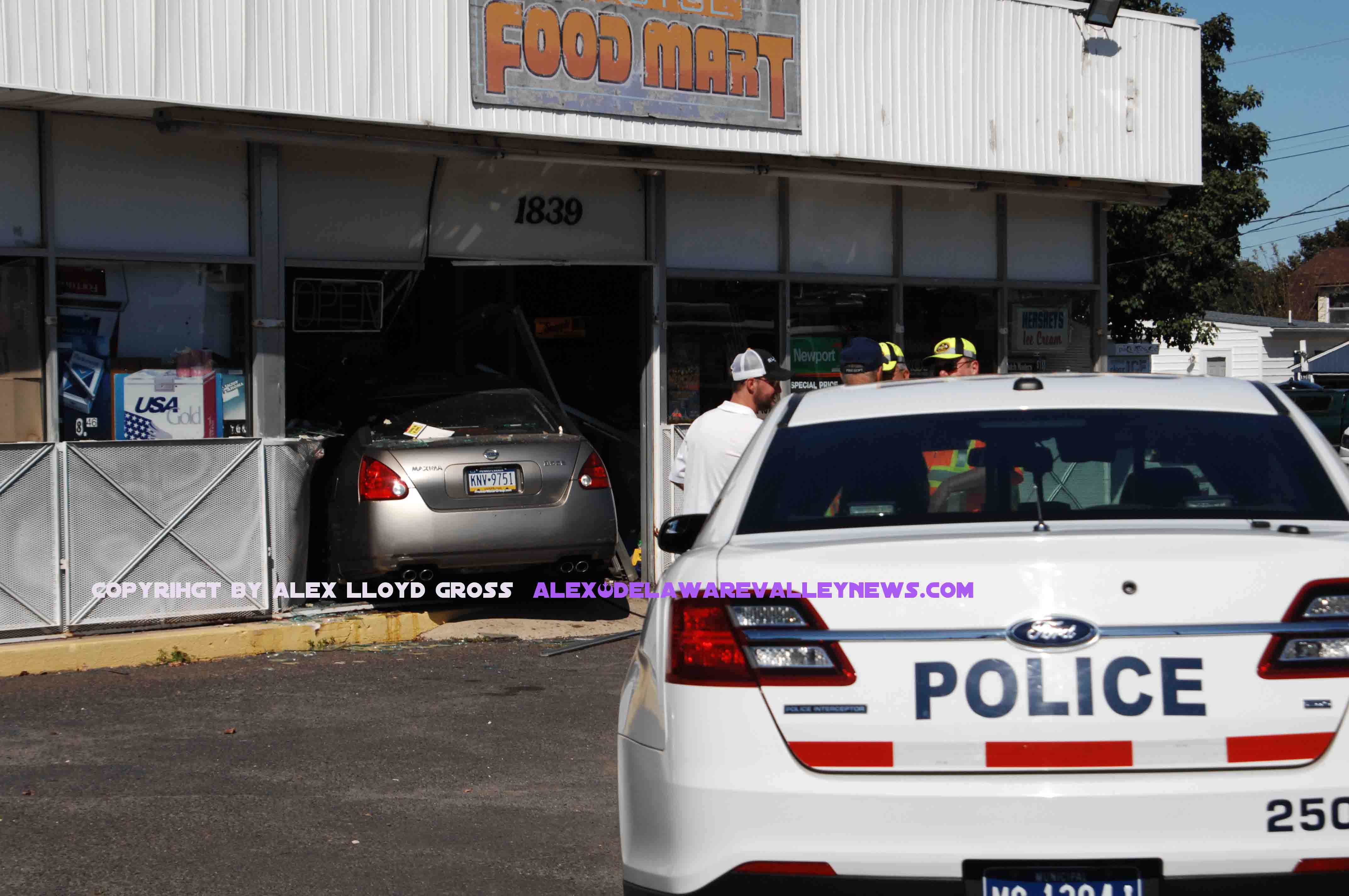 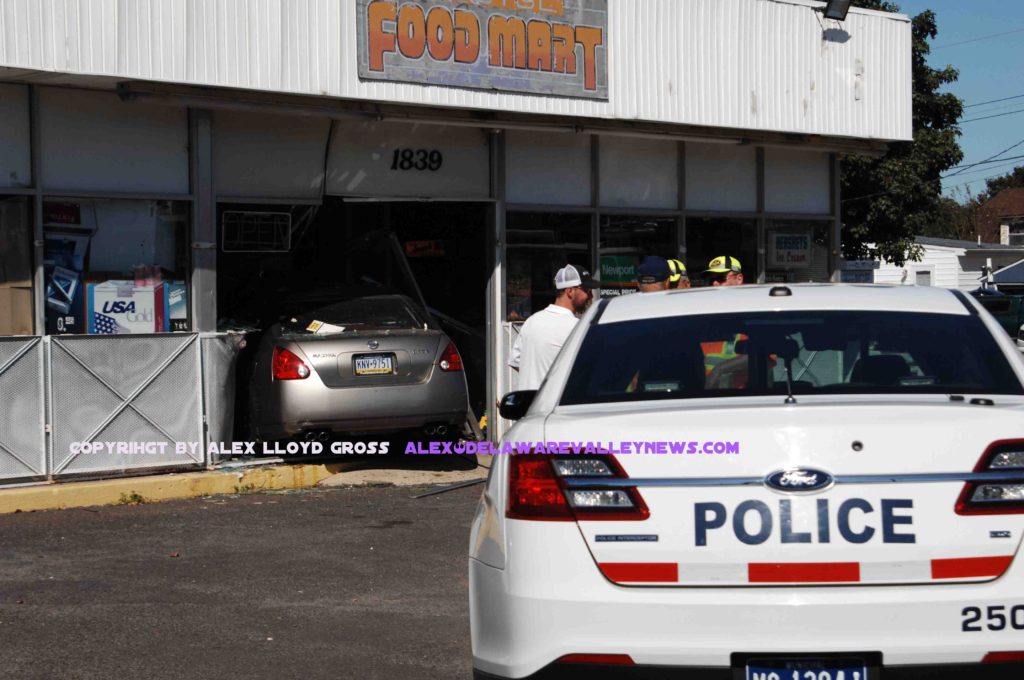 A car smashed through the front of a small grocery/convenience store on the 100 block of Bristol Pike in Croydon Pa just before 2:00 PM September 15, 2019. The driver did suffer an injury that was not life threatening, authorities said at the scene. Originally called as a rescue with people trapped, that was downgraded, when Croydon Fire Company officers got there and accessed the situation.

The shop will remain closed and will have to be boarded up. Code Enforcement  will check the integrity of the structure to make sure it is  safe to operate. No customers were hurt. Police did not determine what caused the vehicle to go through the building.