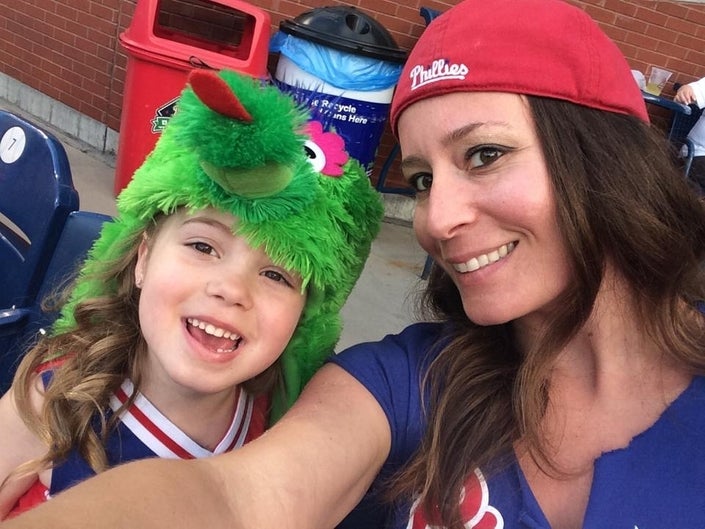 Bucks County lawmakers came together Friday afternoon to introduce a bill memorializing 7 -year-old Kaden Mancuso, of Lower Makefield who was killed in a murder suicide during a court ordered visit by her father Jeff Mancuso in August of 2018.

It is our greatest responsibility as legislators to protect the health and well-being of our children,” said Sen. Santarsiero. “Right now, Pennsylvania is not doing enough to ensure that children going through custody proceedings in our family courts are protected. Parental rights should not outweigh the safety of the children involved, especially in cases where evidence of abuse or unstable behavior are so prevalent.”

Davis and Warren are co-sponsoring a house version of the bill soon to be released. Davis had a bill dealing with the courts and custody issues in 2017 as she’s been trying to find ways to resolve court related custody issues.

“As a lawmaker, I am deeply concerned by how the courts are failing our children by ignoring warning signs and, as a result, putting them in harm’s way,” said Rep. Davis. “We are long overdue for serious reforms to the current system and this legislation takes a big step toward addressing these issues and, hopefully, will save lives.”

Kayden’s parents had been engaged in a long and intense custody fight for years. A number of published reports say the little girl was “afraid” of her father, who had an arrest history for assault and was also suffering with depression.

According to the bill’s memoranda a three year protection from abuse order had also been in place, prior to Jeff getting permission from a Bucks County Judge for monthly unsupervised visits.

Within three months of the order Kayden was murdered.

Sherlock’s sister, Jennifer, told the Bucks County Courier Times last September the family emphasised four changes they would like to see to the the current laws in a private meeting with Governor Tom Wolf last September.

Sherlock was at advocacy conference in California, but her husband Brian and her father, Thomas Giglio (Kayden’s maternal grand father), participated in the phone conference.

“It’s so encouraging to have this support. I think we all realize going forward that there’s much, much more to do,” s Giglio.

“I want to thank Senator Santarsiero, Representative Warren, and Representative Davis. We wouldn’t be here without you,” said Brian Sherlock, Kayden’s stepfather. “Everything we do here is bittersweet. I wish we didn’t have to be here. We won’t stop until this becomes law here in Pennsylvania and across the country. I think that if this bill was in place last August, Kayden would still be here.”

“Kayden’s family’s remarkable courage, persistence…and love has led to the introduction of Kayden’s Law, which will ensure that the health and safety of the child is the first priority in custody proceedings,” said Rep. Warren.

Following Kayden’s death, the family launched Kayden’s Korner in her memory, with the mission “to affect judicial reform of the family court system through the education of government to the signs of domestic abuse, shine a light on the impact of mental illness and lobby government to make the health and safety of children the singular concern of the court system.”

Our court system and current state law failed to ensure the health and safety of Kayden Mancuso, and for that reason, she became the 647th child of a divorced or separated couple to be murdered by a parent since 2008, Santarsiero said.

To further address the issue of child custody in Pennsylvania, the Senate Democratic Policy Committee, co-chaired by Senator Santarsiero, will be holding a policy hearing on Thursday October 17th. The hearing will focus on SB 868, with an agenda forthcoming.

The meeting will begin at 11:00 am and conclude at 1:00 pm at the Lower Makefield Township Community Center, 1550 Oxford Valley Road, in Yardley, Pennsylvania. This meeting is open to the public and the press.

SB 868 has been referred to the Senate Justice Committee.