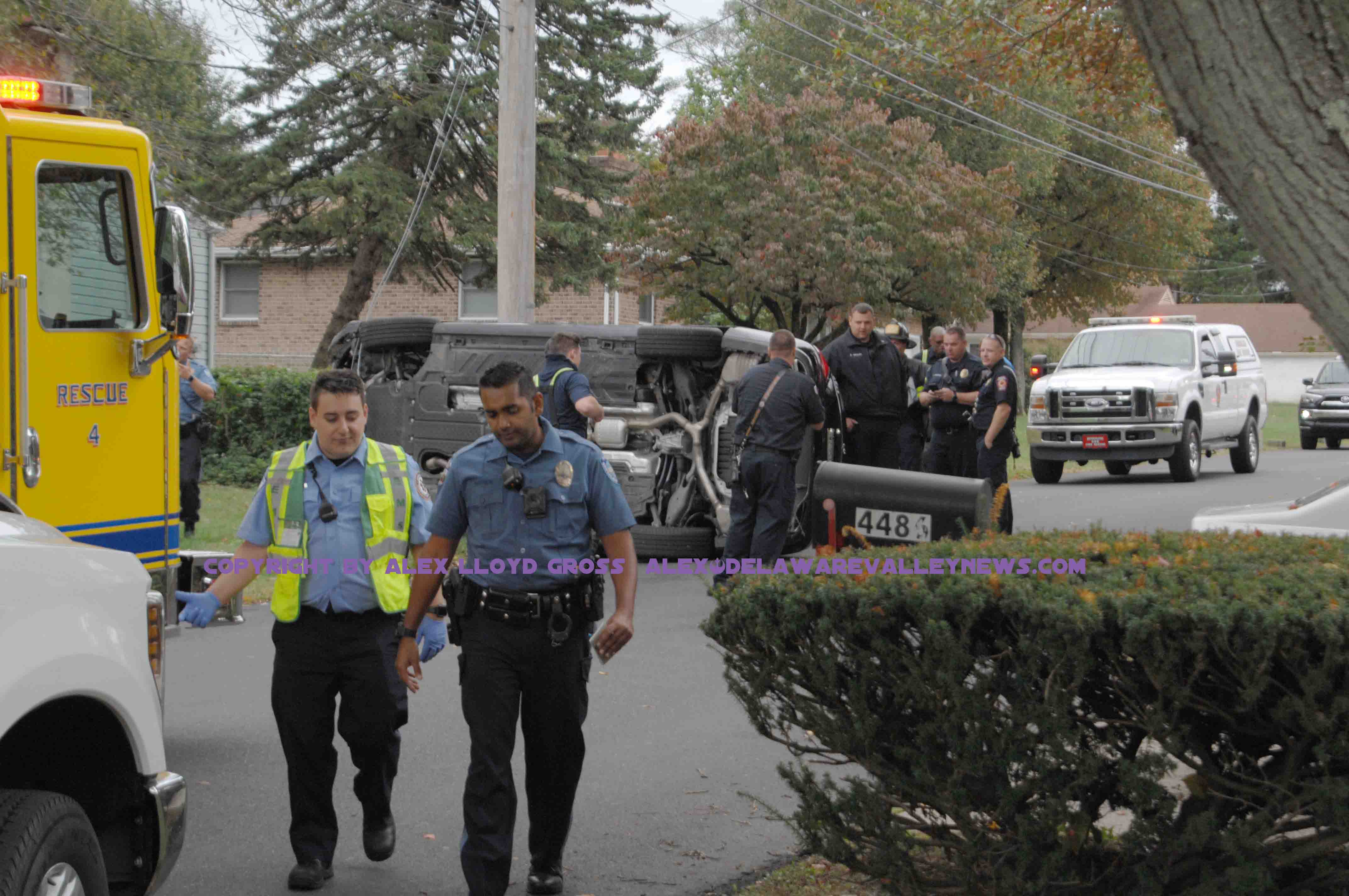 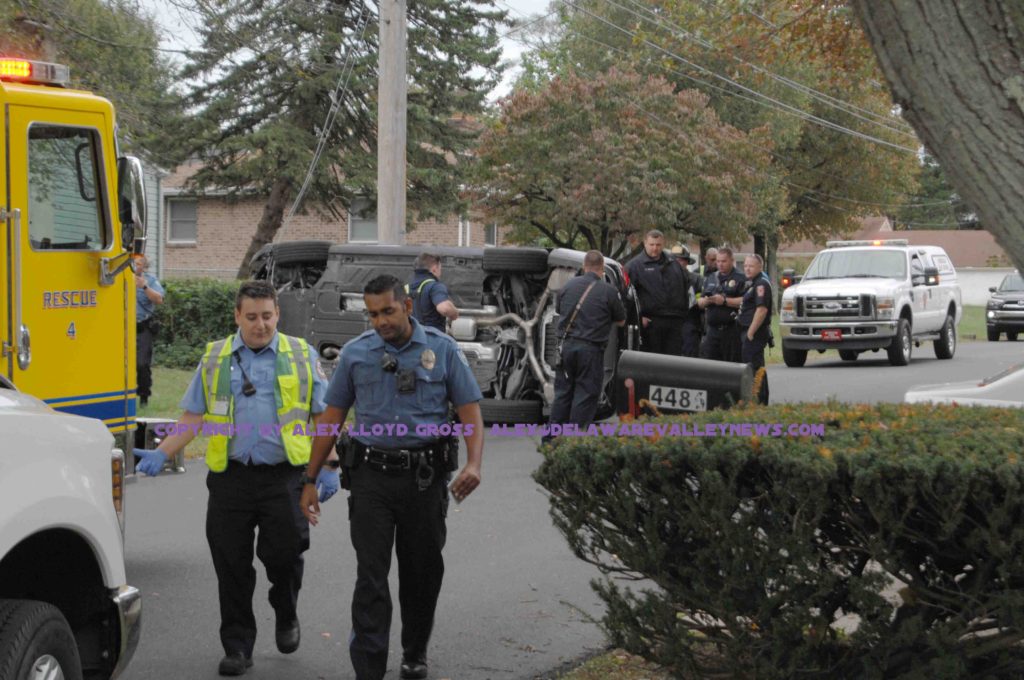 A vehicle traveling at high speed flipped onto it’s side briefly trapping the driver this afternoon, October 8, 2019. Police said that the crash happened on Carter Avenue near Cedar Street, which is in a heavily residential area. no other vehicles were involved and the driver did not have any passengers, authorities said.

The driver, who is described as a male, was trapped briefly and Trevose Rescue Fire Company, along with Bensalem Fire.Rescue worked to free him through the rear window. His injuries was not life threatening. Police said that the roads would be closed for about an hour until a tow truck could upright the car and clean the debris. A telegraph pole was struck by the car but suffered no damage.  No charges were filed as of yet, police said.