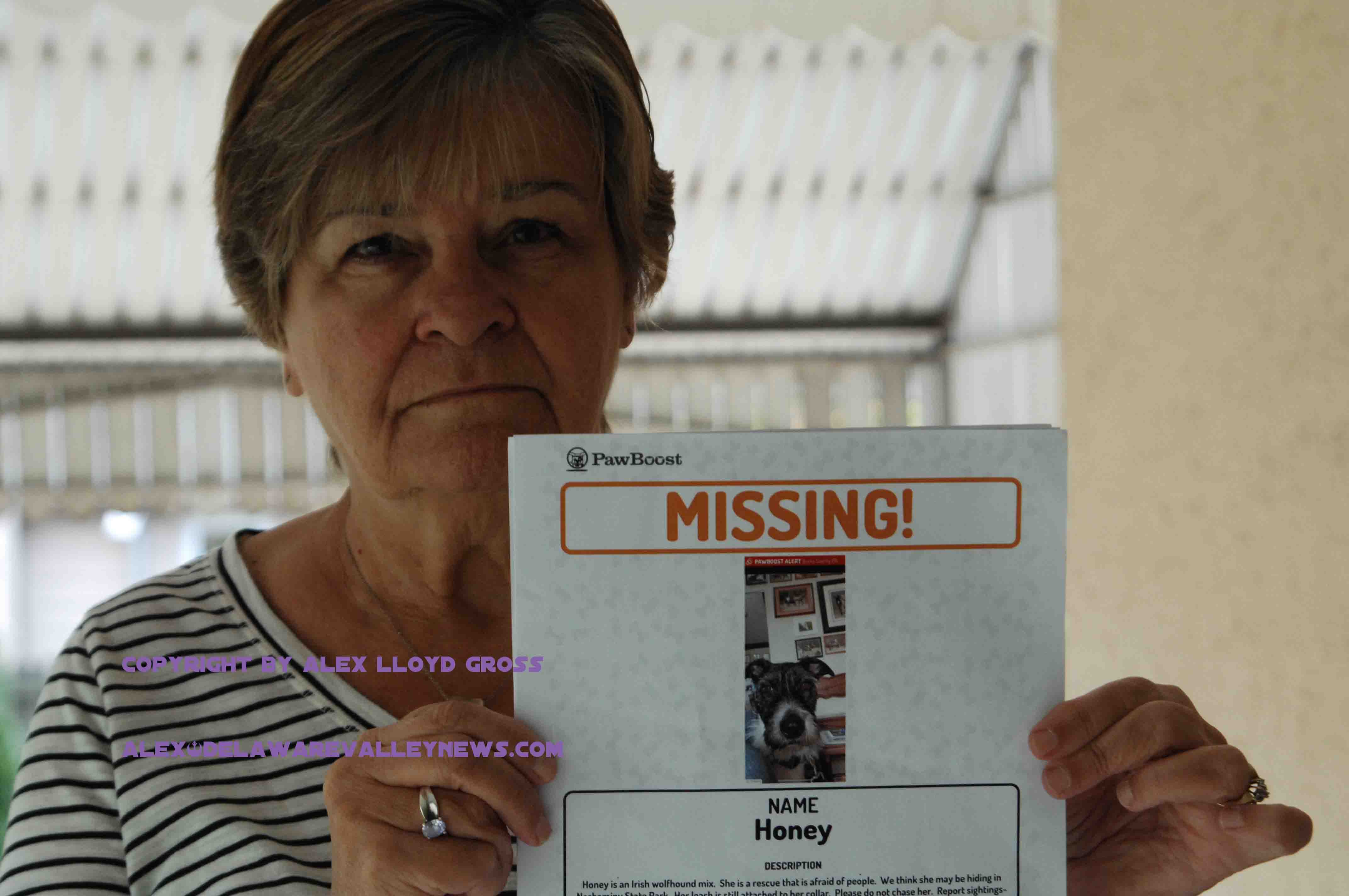 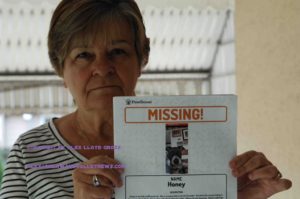 It’s never a good thing when a pet gets loose. Especially in a large area like a state park.  Just last week, a dog got away from it’s owner at Neshaminy State Park in Bensalem and the results were tragic. Christine Raynor’s family  adopted a rescue dog out of the Lancaster  SPCA. about three weeks ago.  Her son loved the dog and called her “Honey”.  All was well with Honey until the son had to leave the area for a short while. He asked his parents to watch the dog and they agreed.

“We walked her in Neshaminy State Park with no problem, that was on October 4. We came back for a walk on Saturday Oct 5 and about noon, Honey came loose, she pulled and my husband could not hold the leash tight enough and she escaped,” Raynor said.  They searched on foot for quite a few hours. They spotted a park ranger and they told him what happened. “His response was “I don’t have time to ride around and look for your dog,”  When he took a report, he had to ask how to spell the town where the Raynors were from. The town is Croydon. For those reading outside of the area, Croydon borders the park that they were in.

The ranger told them they would have to leave the park as it was closing, about 5:15 PM. The Raynor’s were very upset about the Ranger’s curt, abrupt way of speaking.  “We returned the next day bright and early and we had friends to help us. I put up three flyers on the park bulletin boards. When they spotted the ranger,  “He made us take them down” Raynor said. She was devastated. They left without Honey when the park closed.

On Monday, they were greeted at the gate by Jack, who work for the park maintenance department. He had spotted Honey and the Raynors took off to find her. They spotted the dog but she ran off.  Again. She went to the park office and spoke to the park manager, Brian Heath. “He could not have been more accommodating. He asked us if we put up flyers. He gave us permission to hang them, so we did.

By this time, Honey was spotted but runs away whenever people get close.  According to Amy McCaa, a dog expert with Lead the Way dog training, “New dogs are not used to their owners. There is no bond established and the dog may run. Especially a rescue. You don’t know what the animal’s past was like,” she said. According to McCaa, the best thing people can do is to hire a professional tracker, which is what the Raynor’s did.

They called off the search and let the trackers work. The trackers had to set up across busy State Road.  They were not allowed to set up inside  the park.  Tracking an animal involves elaborate steps of keeping open food near a cage trap. Honey was spotted eating the food and ran away.  Honey was spotted near the park entrance. Thursday morning, Honey was near the food.  She got spooked and ran away. “Then some asshole hit her and kept going,: Raynor said. She was found dead on State Road.

When reached about the procedure, Park manager Brian Heath told Delaware Valley News.com that “Park Rangers are police officers assigned to the park. They have to enforce rules, they cannot change them. I can, that is why I allowed flyers to be put up,” he said.  “According to Raynor,  Heath drove the family to within a few feet of where the dog was, but Honey ran away”. He disputes that the ranger never told them to check with the park office. According to Raynor, the ranger was “Curt, indifferent and really did not care. What if she was vicious and there was a danger of her attacking someone? ”

According to Heath, anyone who encounters a similar situation is encouraged to seek out the park manager.  “I can allow a drone to search for the dog but it must be in certain areas, certain flight plans as to not interfere with a helipad we have here, and I can allow you to search the park after hours (which the Raynors said that he did). The Park Ranger does not have that authority,”.

Social Media has been very active on this topic. Posting about your lost dog can help.  At the very least, it can help get searchers.  The one take a way that can be gleaned is that park rangers should be schooled in customer service. So that comments such as “I don’t have time to ride around to look for your dog: should not be said.  The first thing the ranger should do is to tell the person to check in with the park manager.  If there is no success in finding the dog, the owner should hire a professional tracker.