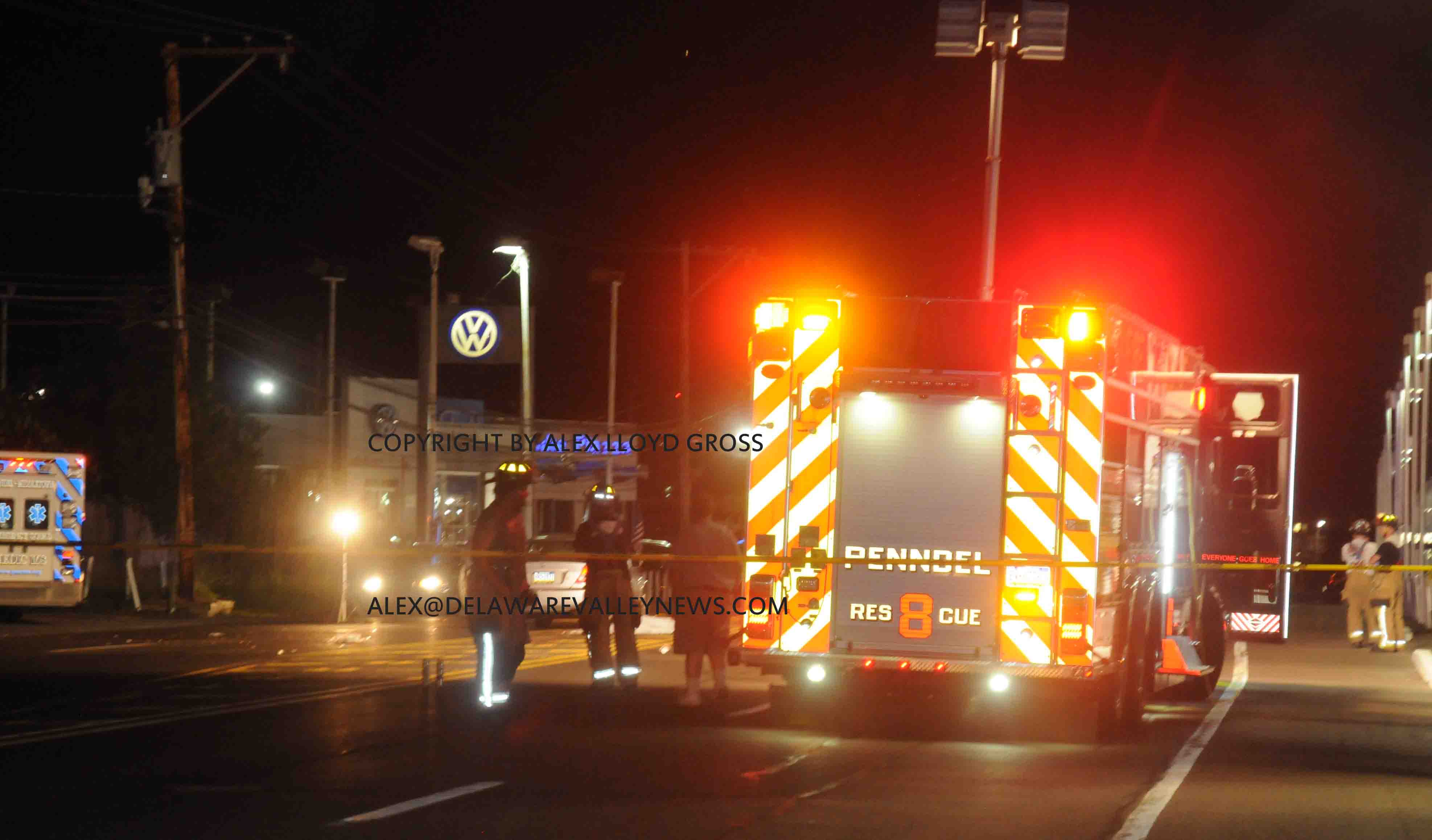 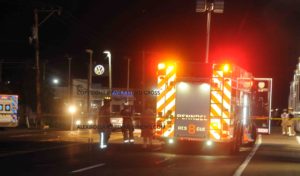 The numbers are staggering. Pennsylvania once had 300,000 volunteer firefighters, now there are about 30,000.  Something must get done to attract and retain more firefighters.  Bucks County Pa Congressman Brian Fitzpatrick (r)  is spearheading a joined federal- state task force to address the issue.  The result of shortages is that when 911 is called, some trucks do not have enough manpower to respond, or there is no qualified driver.  This happens more during the daytime hours than at night.

There is no consensus to issue incentives for retention. Forgiving student loan debt is one prospect that is being floated around. To some 19 year old that may seem attractive. What about the 30 year old who has no student loans or the 19 year old that went right into the work force and has no educational loans to pay off?  That program is akin to giving one free month of apartment rent to a mortgage holding homeowner.

One idea that was floated and would do wonders to attract and retain volunteers makes the most sense but is going nowhere. That idea was to reduce state and or income tax for volunteers.   Imagine an income of $75,000 per year with a tax liability of $250.00,  or maybe Out of a $2000.00 tax bill,  emergency service volunteers would receive a credit of 50 percent.  This would be available to active fire fighters, fire police and EMS responders who actually respond on calls.

Langhorne Fire Chief and State Representative Frank Farry is on this task force as well. As a 30-year volunteer firefighter and a member of the SR6 commission that studied fire and EMS issues in Pennsylvania, I applaud this joint federal and state effort to assist our first responders,” said State Rep. Farry. “It is the responsibility of all levels of government to ensure our first responders have the resources they need”, Farry recently said.

The SR6 report is is referring to is a report that was commissioned to study the dwindling numbers of emergency responders that volunteer, People today do not have the same values as they did in 1950, 1970 or even 1990. In those times,  communities revolved around the local firehouse. Most able bodied people joined and responded to calls. Firefighting was mostly male ( in the 1950’s  through 1970’s) with females relegated to auxiliary. They would respond to the firehouse to cook meals for the male firefighters to eat when they came back from long calls.  That changed, now females are leading departments and working in the same capacity.  Another thing that changed is the culture of doing something for free. With most people working multiple jobs they do not have the time.  Lower wages  among workers causes people to not have time to devote to something they would be more inclined to do.

October is Fire Prevention month. It’s an opportunity for people to become familiar with and meet local volunteers. Many fire companies have open houses. This year turnout among most  companies in this region was disappointing. In daytime hours, some townships have instituted paid companies to insure at least one truck is able to respond quickly.  One deterrent to becoming a firefighter is the mandatory 200 plus hours of instruction.

WHAT FOLLOWS IS AN EDITORIAL  ON THIS ISSUE BY PA REPRESENTATIVE  CHRIS SAINATO WHO REPRESENTS CONSTITUENTS IN THE CENTRAL PART OF THE STATE TO ADDRESS THIS ISSUE.

Our state is deep in a crisis that jeopardizes the safety of every Pennsylvanian.

I do not make this claim lightly. It is a fact I have encountered each day of my nine years as Democratic Chairman of the Veterans Affairs & Emergency Preparedness Committee in our state House of Representatives. The simple fact is that we do not have enough firefighters, emergency medical services personnel and other first responders to protect our lives and our property.

The issues facing our first responders have been raised again and again — in our neighborhoods, in the halls of government and in the media. In fact, Pennsylvania’s first responder problems were distilled into a report by the Senate Resolution 6 Commission last year, along with detailed suggestions from the first responder community for addressing those problems. Over the past six weeks, the House of Representatives has begun the task of shaping those suggestions into laws that support those who come to our rescue in our most difficult times.

I am honored to sponsor a bill to create a First Responder Loan Forgiveness Program, which every representative from both parties voted to support this week. Under this program, those who graduate from college or another post-secondary institution in Pennsylvania beginning next fall would be able to exchange each year of service as a volunteer firefighter or a member of an EMS organization for loan forgiveness of up to $4,000 per year of schooling, to a maximum of $16,000 total.

This First Responder Loan Forgiveness Program would be a win-win for first responders and our colleges and technical schools. In addition, my program — along with a separate tuition assistance initiative — will be key tools in the fight to control the sky-rocketing price of tuition and associated college debt.

The fact that so many fellow citizens volunteer to risk their mental and physical well-being to help others constantly amazes me. We owe an incredible debt to these men and women who are called to serve without asking for pay, and my colleagues and I are gratified to support initiatives such as tax credits, easier access to trainings, length of service awards and the easing of administrative burdens on our selfless volunteers.

I represent a district that is roughly evenly divided among urban, suburban and rural areas. My House Democratic colleagues and I recognize the unique challenges faced by rural communities to staff basic life support ambulances to the state-mandated level, so we have joined our Republican partners in voting to allow the state Department of Health to waive those requirements for smaller counties in extraordinary circumstances. The legislature is moving to ensure rural EMS organizations get their fair share of funding, too.

Of course, our cities — many of which have career fire departments with paid firefighters — face their own set of challenges. I have joined with my fellow committee member, Rep. Christina Sappey, a Chester County Democrat, to reauthorize the Fire and EMS Grant Program, which makes state money available to both professional and volunteer first response organizations.

In addition, I am pleased to stand with Rep. Mike Sturla, a Lancaster County Democrat, to support a bill that would ask voters to allow for municipal fire departments to access a successful loan program to help organizations purchase and maintain equipment and facilities — and thanks to Rep. Tina Davis, a Bucks County Democrat, and Rep. Lynda Culver, a Northumberland County Republican, we are raising the limits on those loans, as well.

Finally, it is long past time to step up and support the mental health of first responders — a group that goes beyond firefighters and EMS personnel to include police officers, 911 operators and others. We ask these men and women to deal with tragic and impossible situations, and they deserve the statewide protocol and peer support program proposed by Rep. Mike Schlossberg, a Lehigh County Democrat, to assist them with the devastating aftereffects of those situations. They also deserve to be protected through our workers’ compensation system when they receive a post-traumatic stress injury in the line of duty, as championed by my good friend and fellow chairman, Rep. Steve Barrar, a Delaware County Republican. I would be hard-pressed to think of more poignant testimony than what I have heard from first responders and their families as they ask us to act on these issues — and now, we have acted.

It is no small feat that we have advanced more than 20 bills in just a few weeks to address our first responder crisis. It demonstrates the seriousness with which the state legislature views the challenge. But simply acting on these bills is not enough to turn around the crisis. We have plenty more work to do, and I am proud to be leading that effort among House Democrats to support our firefighters, our EMS personnel and the health and safety of our fellow Pennsylvanians.