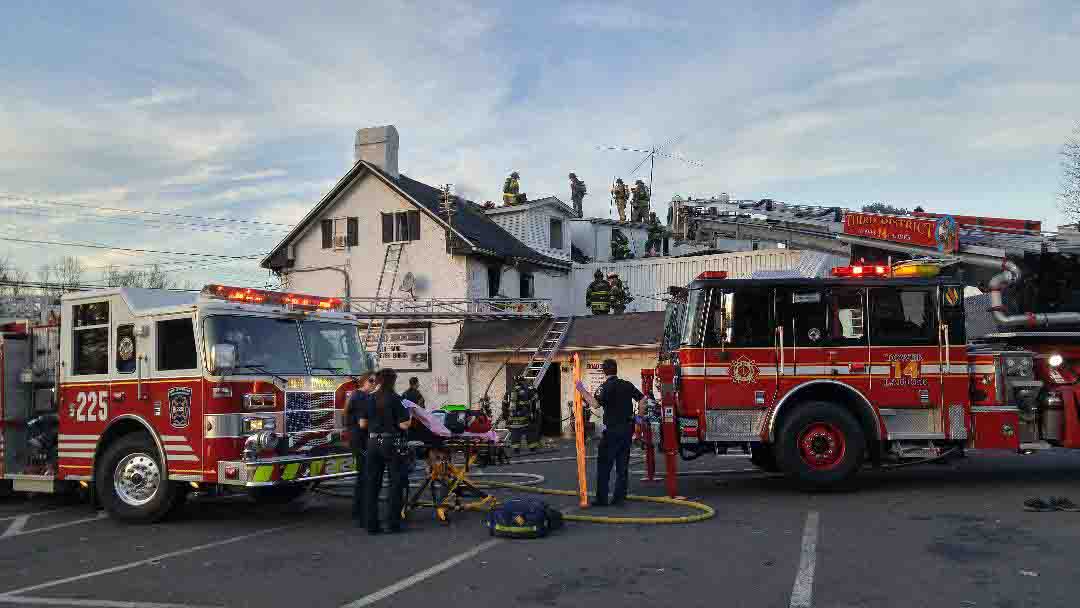 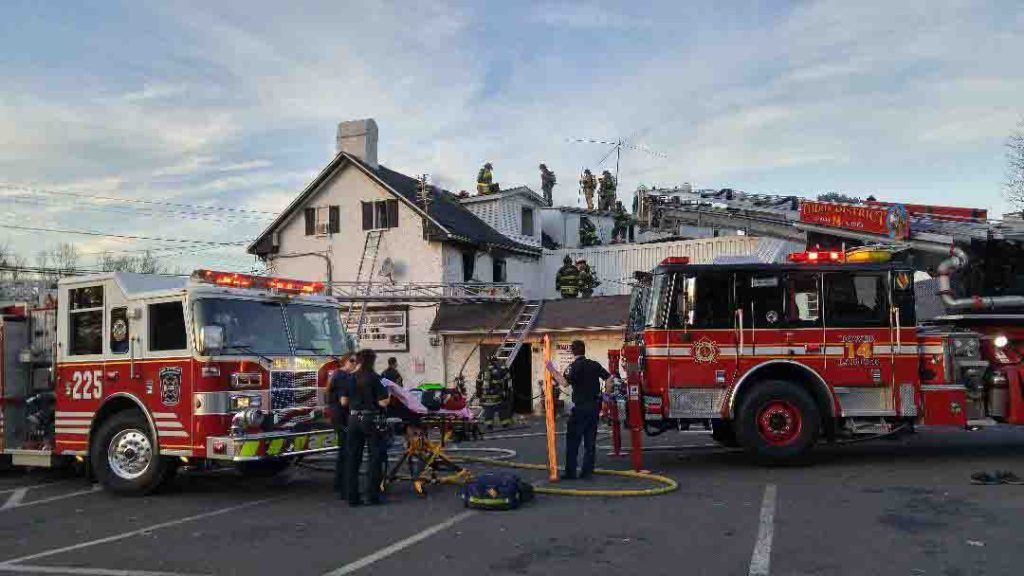 Photo by William White. Fire apparatus at the scene. 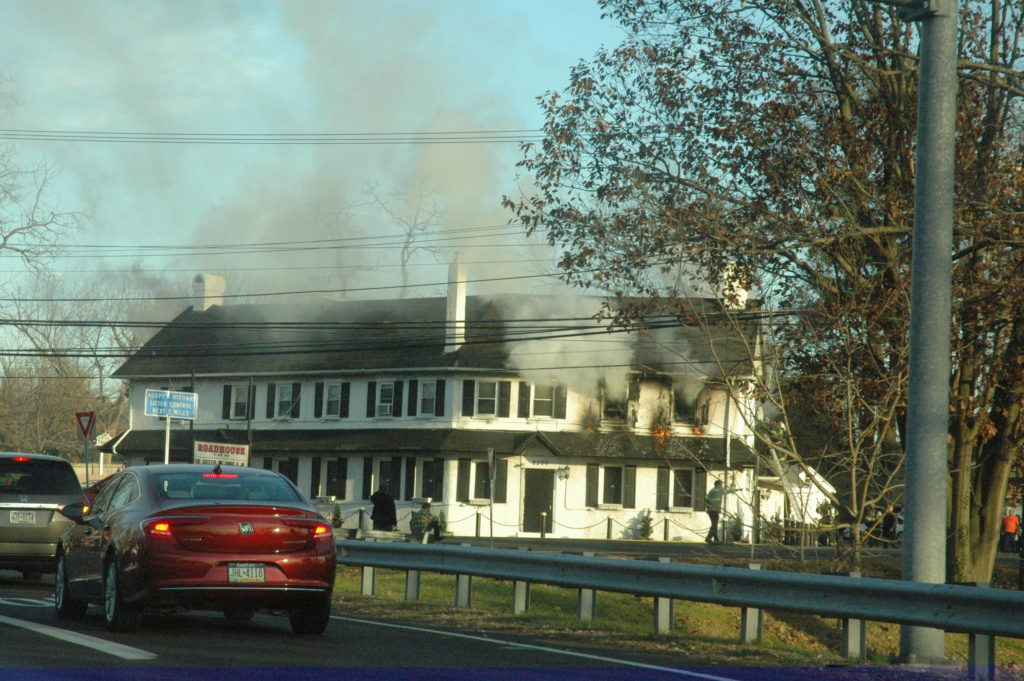 One male was dead in a fire at the Roadhouse Inn. This building is a landmark in Lower Bucks County.  According to Kevin Dippolito , the Bristol Twp. Fire Marshall , the fire is under investigation. It did start in a second floor living area.  The fire could have been much worse had a resident not pulled a fire alarm to get the other residents out.

According to Kevin Dippolitto, one additional patient was transported for smoke inhalation.  Traffic was detoured in the area. The SEPTA route 129 bus was diverted. The building has heavy smoke and water damage.  The Red Cross is assisting with displaced residents.  The fire was reported at 3:24 PM and fire apparatus left the scene by 7:00 PM.