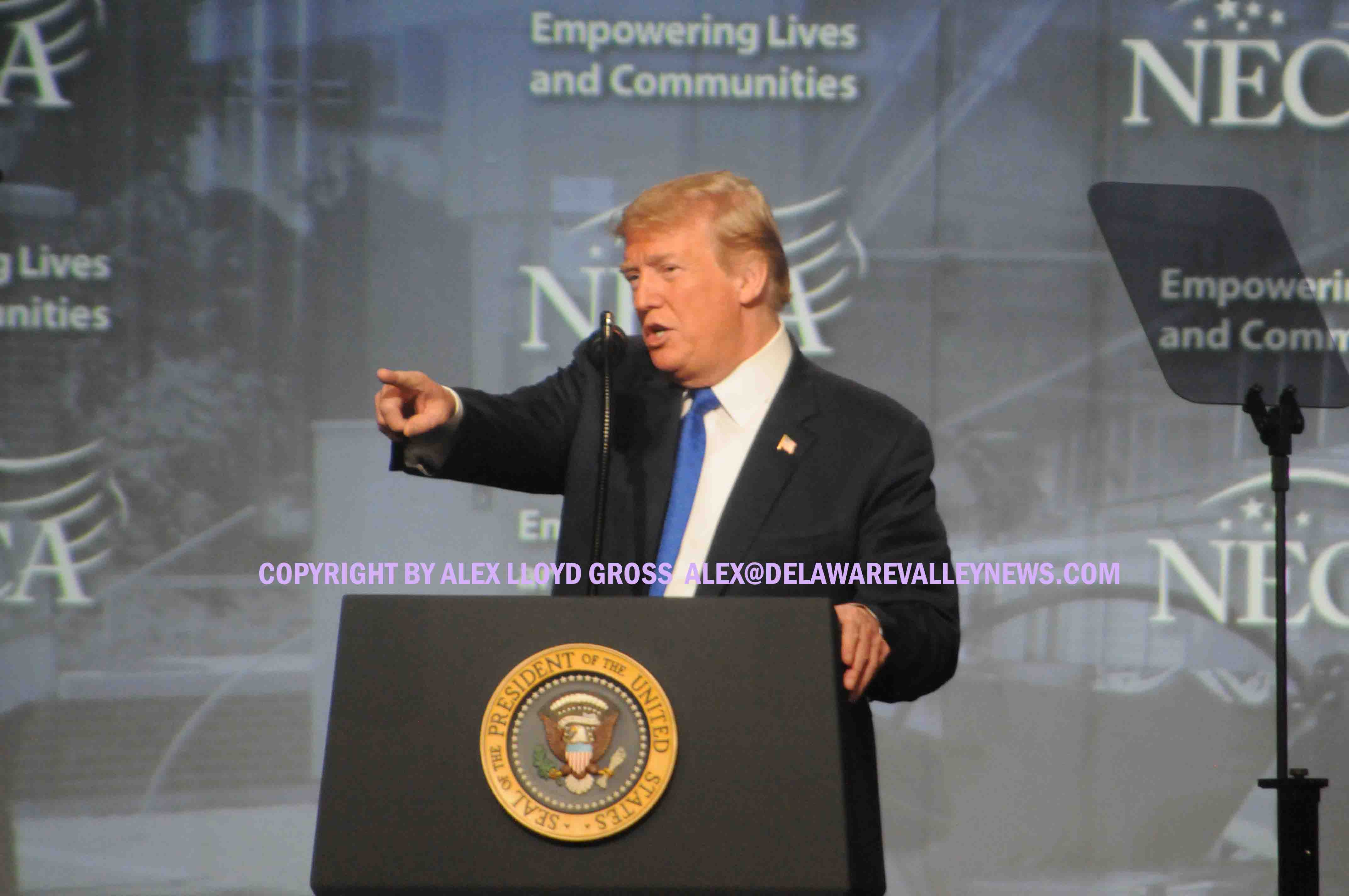 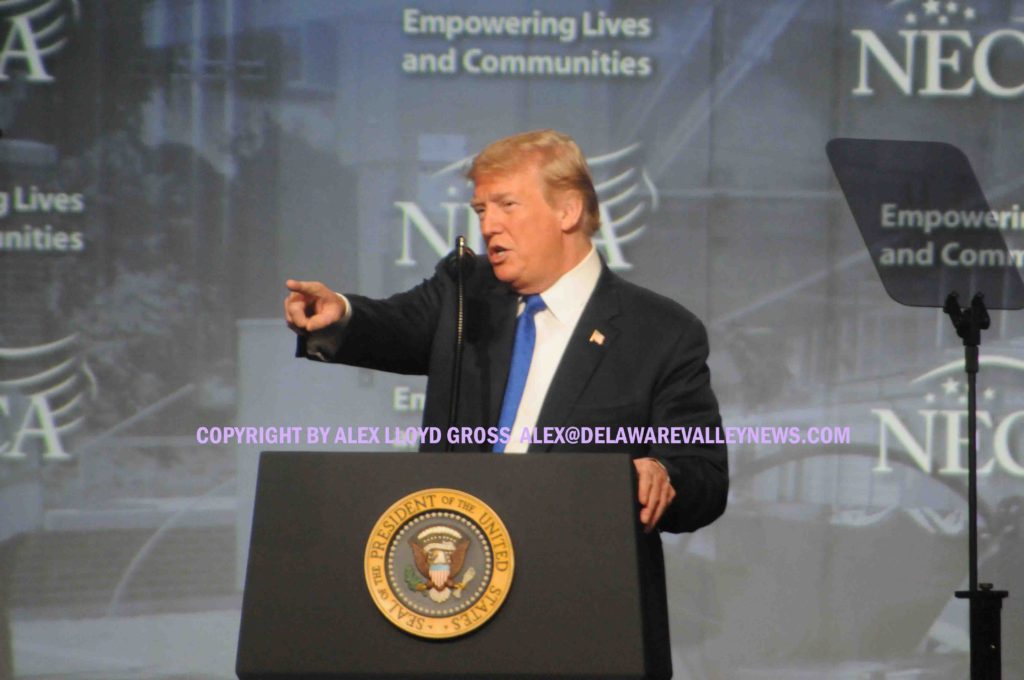 You applied for a ticket to the rally for Donald Trump in Wildwood New Jersey January 28 2020. .  You got an approval email. You are his biggest supporter and You have to be there. Not so fast. First, this is being held in a resort town that is closed.   Keep that in mind. Not every store on the boardwalk will be open. There may be areas of desolation. No food shops and no bathrooms.

Admission to the convention center is very limited. Less than 7000 seats and this is first come first admitted.  That means if you arrive by noon, and are in line by 12:30 PM you still  might not get in the door.  Expect people to sleep out at the convention center, or close to it. Parking on the streets is free where there are meters. They are not in operation. Otherwise, you may want to find a lot. Expect to get gouged at $40.00 and up for parking.  Do not park in a private lot unless you have permission. Make sure the person giving you permission is the owner. Otherwise you get to pay upwards of $200.00 to get your car back. Do not park in a motel lot unless you are staying there.  Sleeping over might not be a bad idea.

Over 100,000 requests have been received.  About 25000 people will be approved.  Some will not get into the convention center but will have to watch it outside on jumbo trons. Do not try to go on the beach. It is a restricted area.  So you arrive at your planned time. You will have to wait. Doors open at 3:00 PM. What will you eat?  Expect a few restaurants to be open. It may be a good idea to make friends with the people in line near you. You can hold each others spots while the other grabs a quick bite. Bathrooms are another consideration. Portable toilets will be at a premium. 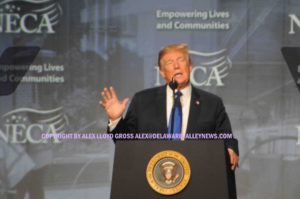 Trump is controversial. He is an impeached president. Right or wrong, there will be protesters and demonstrations, supporting Trump and against him. Remember, those people expressing a different viewpoint that you have that right to do it.   Be it overturning  Roe V Wade, keeping the Affordable Care Act, impeaching congress, raising the minimum wage or even supporting a different candidate for office,  do not get suckered into a shouting match with protesters,  and do not put your hands on anyone. You will get arrested and miss the rally. .

The last thing you want is to find out that your camera is not going to be permitted. Donald Trump has what many call an asinine policy regarding cameras at his rallies. It has nothing to do with security.  35mm cameras are not allowed. It is not due to security. He just does not want them. Cell phones and point and shoots only.  Signs are allowed as long as they are not on sticks. You cannot have an anti Trump sign.  Food is permitted as are non alcoholic drinks. Coolers are not.  Pocket knives will be confiscated as will multi tools. Binoculars are okay.  Smoking is not permitted and your vape could get confiscated.  A good rule of thumb is not to bring anything that if it is confiscated, will cause you a hardship. 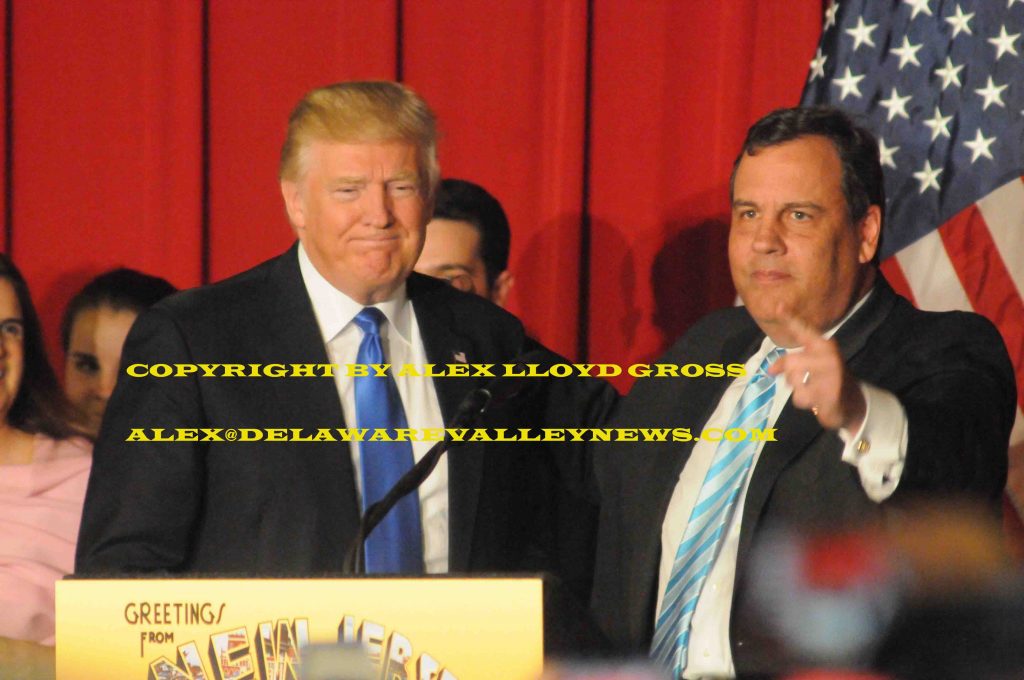 There will be overpriced food for sale. . Souvenirs will be sold as well. look for vendors outside, they also might be willing to negotiate on price, much like a concert. However,  the outside vendors are quick bucks artists and their wares might not be the greatest quality. It’s a safe bet that none of that money goes towards the Trump coffers.  The choice is yours.

Unless your name is Jefferson Van Drew, do not expect to arrive at 4:00 PM and be admitted. It is not going to happen. That is what this rally is about, to introduce  Van Drew to New Jersey, since he switched his party.  Once you are in your seat, do not try to push your way up front. You will be ejected from the arena.  It is doubtful that Trump will shake hands. He does not do that.  Selfies are out as well. A word of advice. Stay away from the media riser. Trump loves to antagonize the media . “FAKE NEWS,  RIGHT THERE”. It is an act, pure theater by Trump.He loves to rile up the crowd by doing this. The media is not the “enemy of the people” and with over 250 media requests, the riser will be packed.  Should you try to breach the riser, that is a guaranteed arrest. 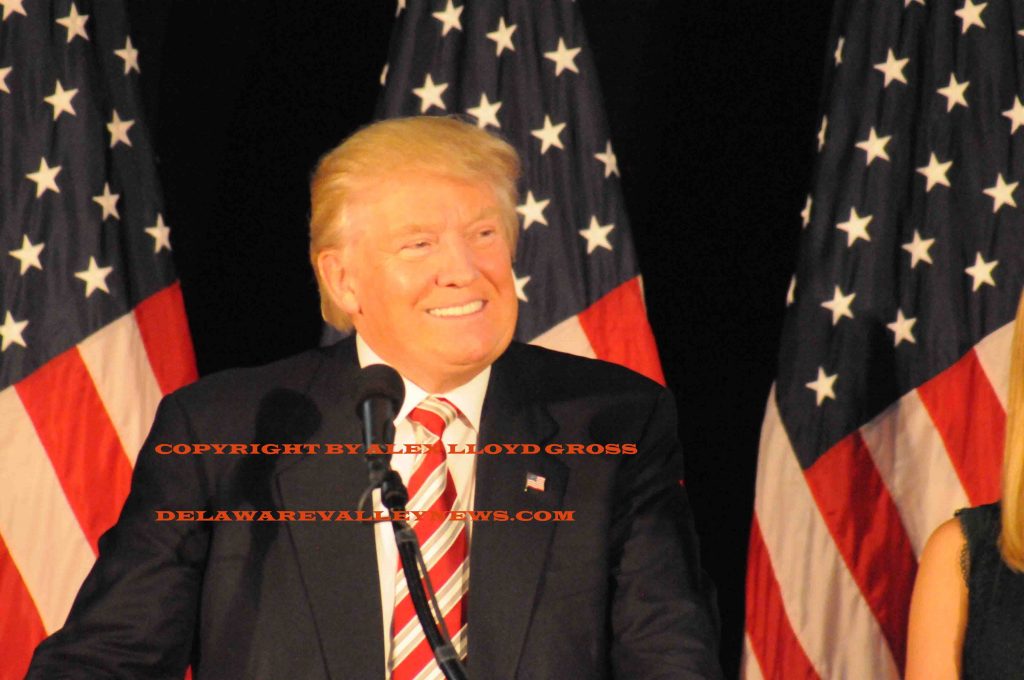 Political rallies are a way of having supporters from the other side hear your point of view. Unfortunately, that logic did not reach the Trump campaign. Many democrats who have requested tickets are Trump supporters . They have received officers of tickets if they change their political party to republican. That is unconscionable. A rally should be open to everyone. If Trump’s ideas resonate with people, they will vote for him. If they don’t they will vote for someone else.It really is that simple.  A quid pro Quo of switching parties is wrong.

The event is over and you want to get back home. So does everyone else. Expect roads to be closed while Trump and other motorcades make their way out of the area. Expect heavy traffic. Staying over means that you are sleeping while everyone else is fighting traffic. Traveling by bus?  You can expect to get home early  in the morning. The only people getting home at a reasonable hours are the people who have summer homes there or  who live there year round.