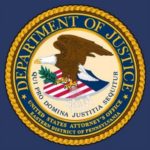 The defendant operated Capital Trade, Inc., a tobacco wholesaler based in Bristol, Pennsylvania. During the charged conduct, Al Najar and his associates transported almost $40 million worth of tobacco from Pennsylvania to New York, while failing to pay millions of dollars in New York state excise taxes on that tobacco. In order to hide his scheme, the defendant and his associates created false invoices and filed false documents with Pennsylvania and New York regulators which substantially underreported the amount of tobacco sold. Al Najar also failed to register and report as an interstate seller of smokeless tobacco as required by the Prevent All Cigarette Smuggling Act (PACT Act).

“Tobacco is a product that poses serious health risks, and therefore it is heavily regulated by the government,” said U.S. Attorney McSwain. “Here, the defendant attempted to skirt the system and cheat everyone who pays taxes on tobacco products. The defendant has to play by the rules, just like everyone else, or suffer the consequences. My Office will continue to work with our partners at the federal, state, and local levels to investigate and prosecute this type of fraud.”

“This jury verdict sends a clear message that the illegal interstate diversion of tobacco products will not be tolerated,” said William S. Walker, Acting Special Agent in Charge of Homeland Security Investigations (HSI) Philadelphia.  “Smuggling tobacco in order to evade taxes costs state and local jurisdictions millions of dollars per year. Utilizing our unique customs and law enforcement authorities, HSI is positioned to target and investigate these types of crimes. Our special agents will continue tracking down criminals like Mr. Al Najar and his co-conspirators along with our law enforcement partners so they can be held accountable for their crimes.”