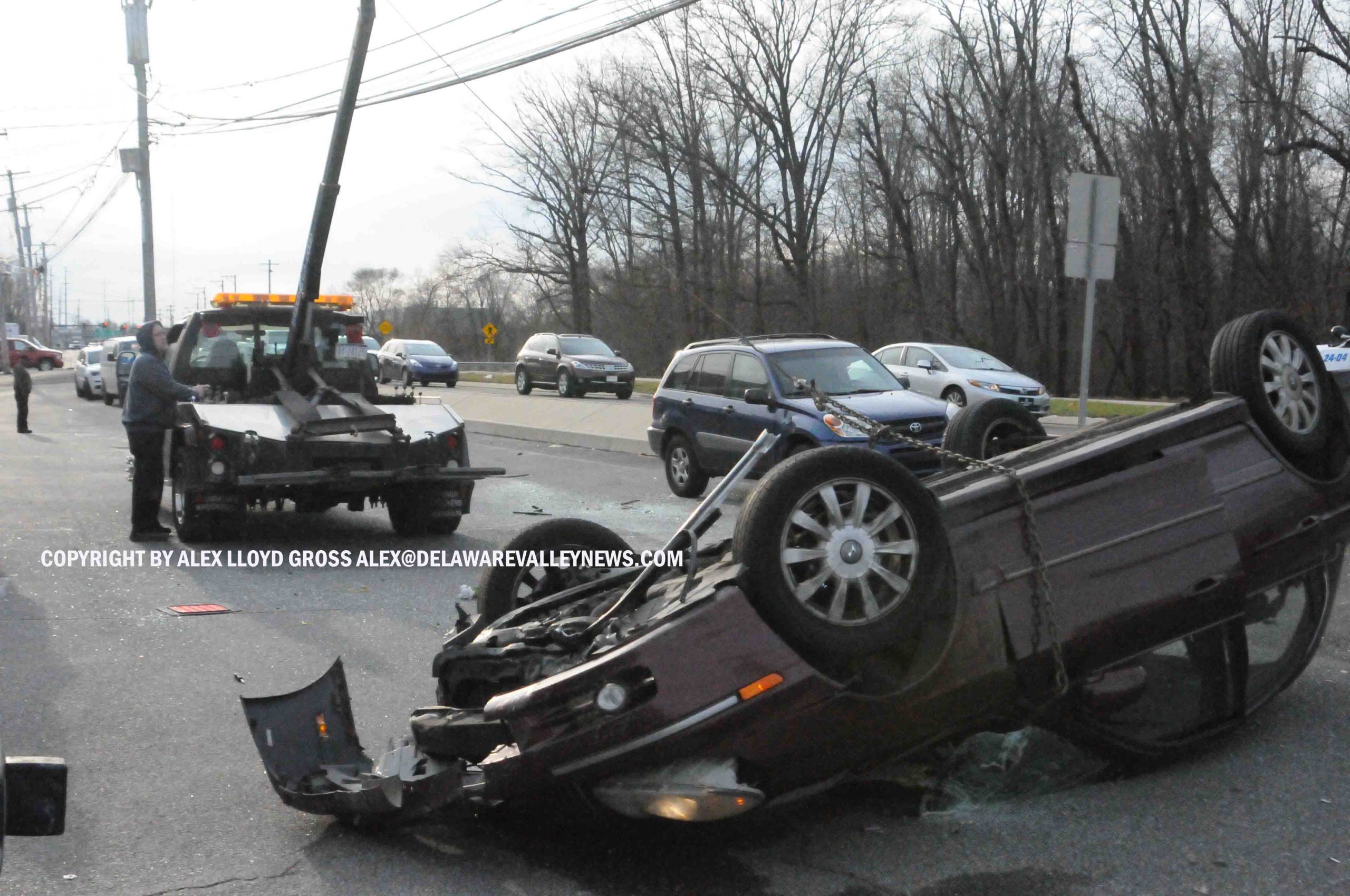 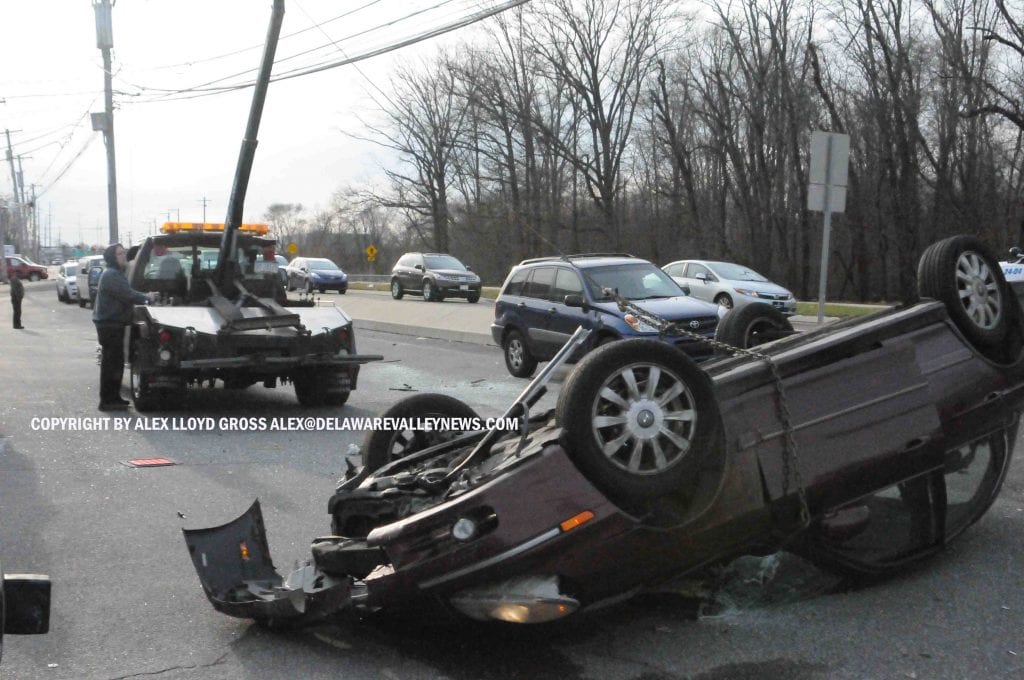 A horrific looking car crash on Route 13 in Bristol Borough resulted in two vehicles are are totaled and no injuries.  The crash took place just before 4:00 PM February 20, 2020 on the 200 block of Bristol Pike.A vehicle operated by 20 year old Matt Riley of Bristol Borough  was traveling north when he claims he was cut off by another car.

Tire marks on the road revealed that Riley swerved towards the right , hit the curb that is adjacent to a small shopping center. The curb is high which caused the car to flip onto it’s side after it mounted the curb. He also slammed into a car that was parked unattended, with the driver just feet away.  Both vehicle sustained  disabling damage and had to be towed from the scene.  The entry to the shopping center was closed for about 30 minutes while the tow trucks were in position to clear the wreck and the tow operators cleaned the debris.