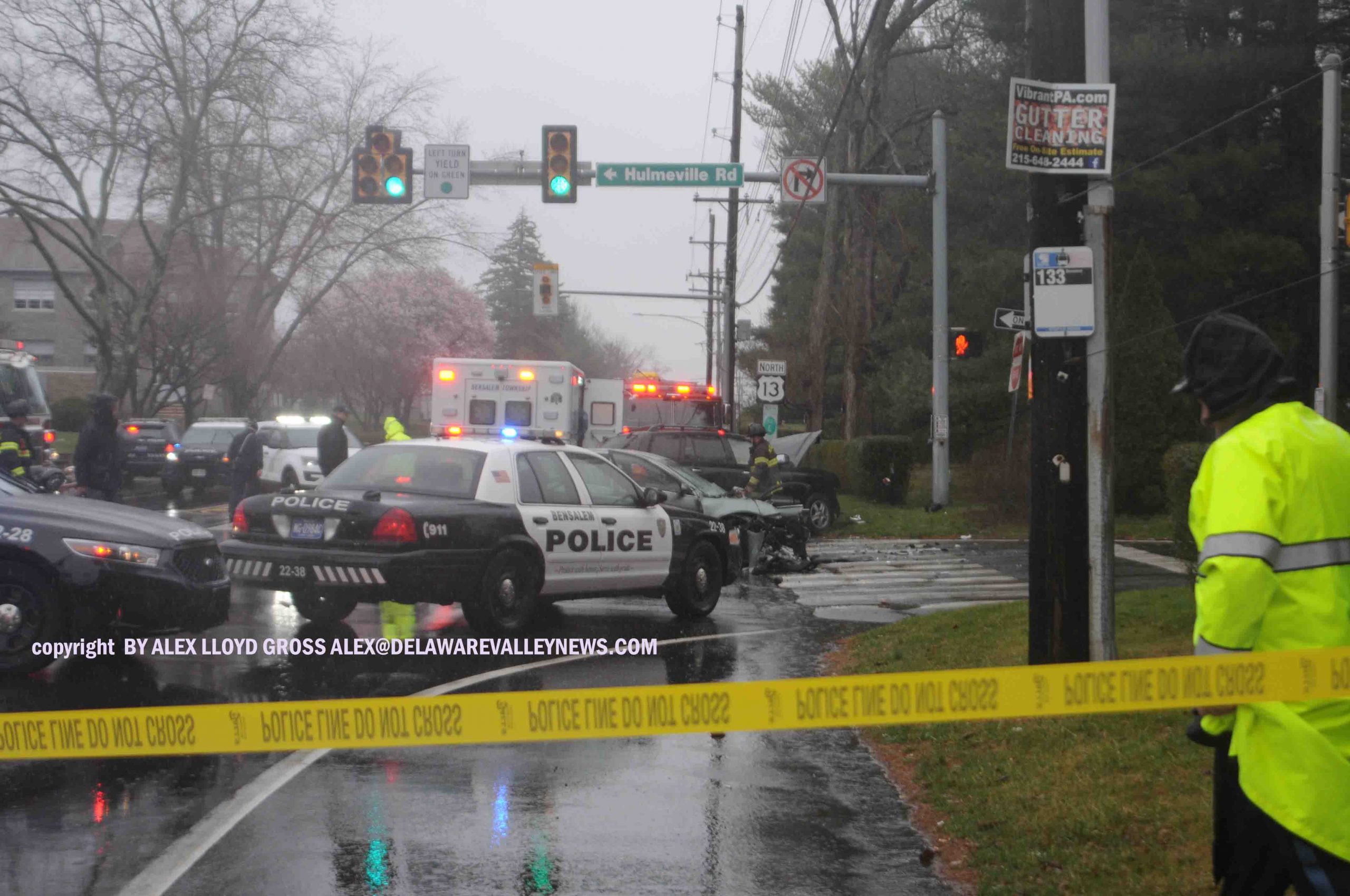 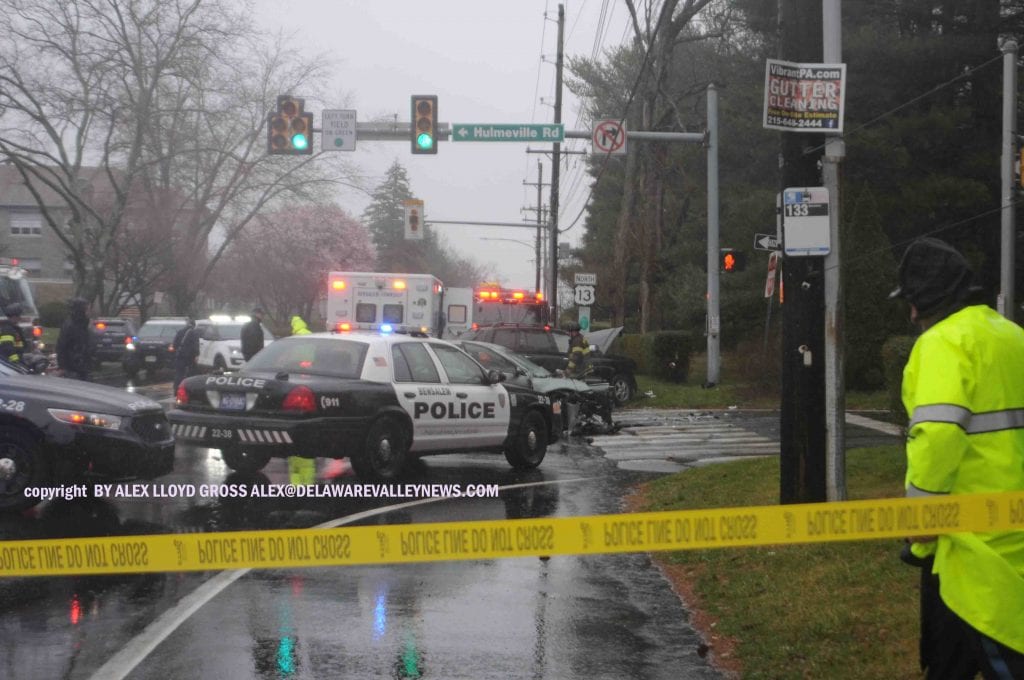 A grinding two vehicle crash in Bensalem Twp., Bucks County Pa. has caused the closure of two major roads.  The noon time crash happened Monday,  March 23 2020  at the intersection of Hulmeville Rd. and Bristol Pike. Bensalem Police said that two vehicles crashed head on. A Nissan Altima was driven north on Route 13 by Ron Swanson from Bensalem . An SUV was traveling southbound and crossed into the northbound lanes of travel.  Swanson was trapped in his car and was freed by firefighters. He was pronounced dead at Jefferson Hopsital, Torresdale Division.

Two medic units were called and transported the injured to local hospitals. Police were just starting their investigation  so they had no information on cause or possible charges.  As they continued their investigation, they are looking for the reason the other driver drove into the oncoming lane.  Blood samples from both drivers were taken to determine if drugs or alcohol played any role in the crash.  This is standard procedure.  As for traffic, suffice it to say that the area will be closed to through traffic for several hours.