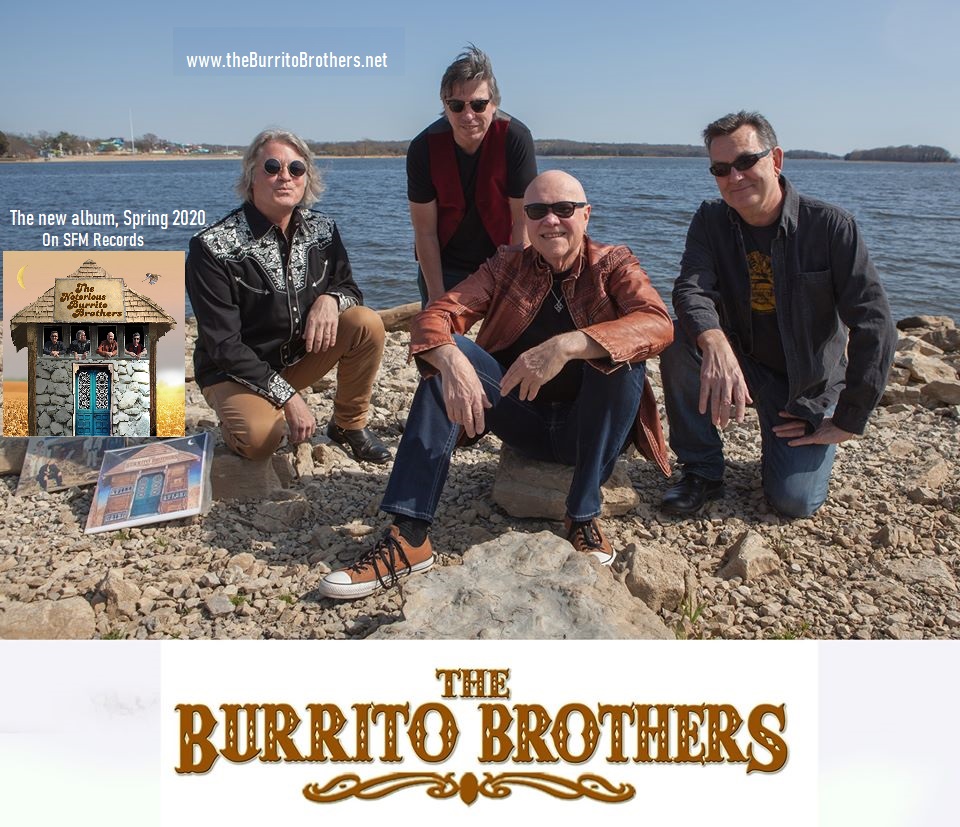 The Burrito Brothers released a new record titled The Notorious Burrito Brothers.  It came out just before all of the COVID-19 pandemic started and it had thrown the plans for this band and everyone else into a sort of no mans land.  Chris P.James, the band’s  lead singer said “I pass the time by promoting the band, doing interviews.” It’s a shame that a fine record comes out and circumstances beyond anyone’s control happen. “It’s kind of harder to push something right now when people don'[t have as much disposable income. However to buy a download is very inexpensive. People need a break a little something that is new in the music world,” he said.

James has been the lead singer for about 10 years. “I’ve been on the fringes of this band since 1986″. While he stopped short of thinking he would eventually front the band he did say ” I always believed that my turn would eventually come,  I knew I was right for this group. I would jump at any chance to see them or be a substitute”.  This history of this band show they have been active since 1968  There is no extended period of time of inactivity with this band.”The appeal of this group of musicians that have followed that legacy that there is a real desire to show what you’ve got,” James said.

The sound of the band can best be described as  country rock.Tracks include “Sometimes You Just Can’t Win” , Hearts Desire” and “Wheels of Fire”.  However James said “We regard the sound as a rock band, it’s not a country band. It never really was, back in it’s original concept when Graham Parsons and Chis Hillman left the Byrds to form their own band, the concept was to incorporate country flavors, but we have never been marketed as a country band.”James said.

James hopes to tour soon although when tours will be allowed is anyone’s guess.  While small concert halls will be allowed to become operational again before stadiums,  the band hope they will be out on the road soon. In the meantime, you can check out the release as a download on their website...