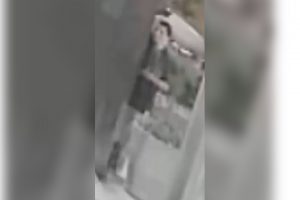 Philadelphia Police just released video of the male wanted for spray painting racist and anti Semetic  graffiti  in Center city  earlier this month. from the video it appears he was acting alone.

Whatever reason he has for doing this, it does not matter. a swastika is a symbol of racial hatred and hatred for Jews and when caught, he will be facing hate crime charges.as well as charges for vandalism. You can read the original story here.

If you are the male in the video and did this because you were drunk and stupid, now would be a good time to turn yourself in.