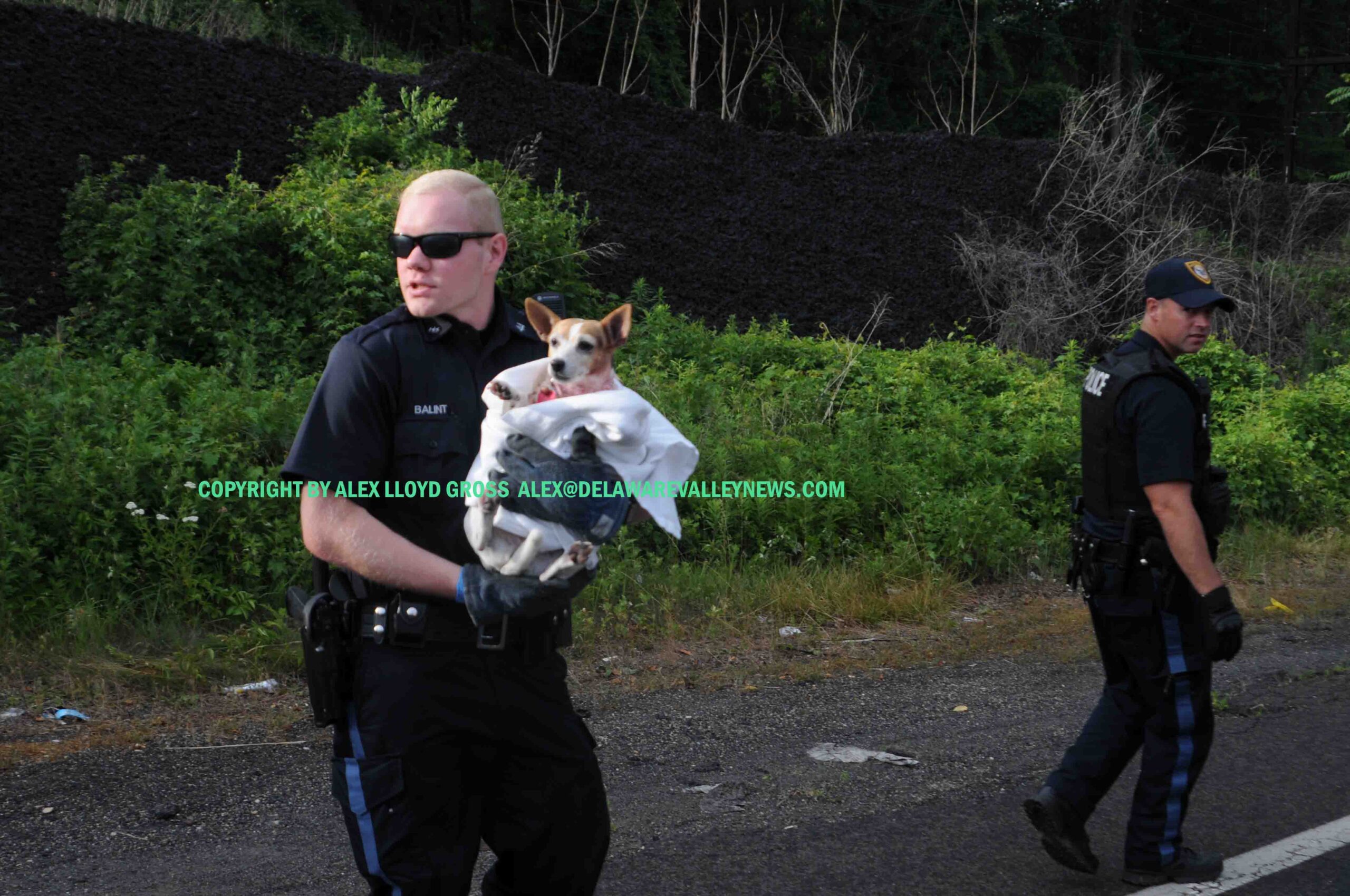 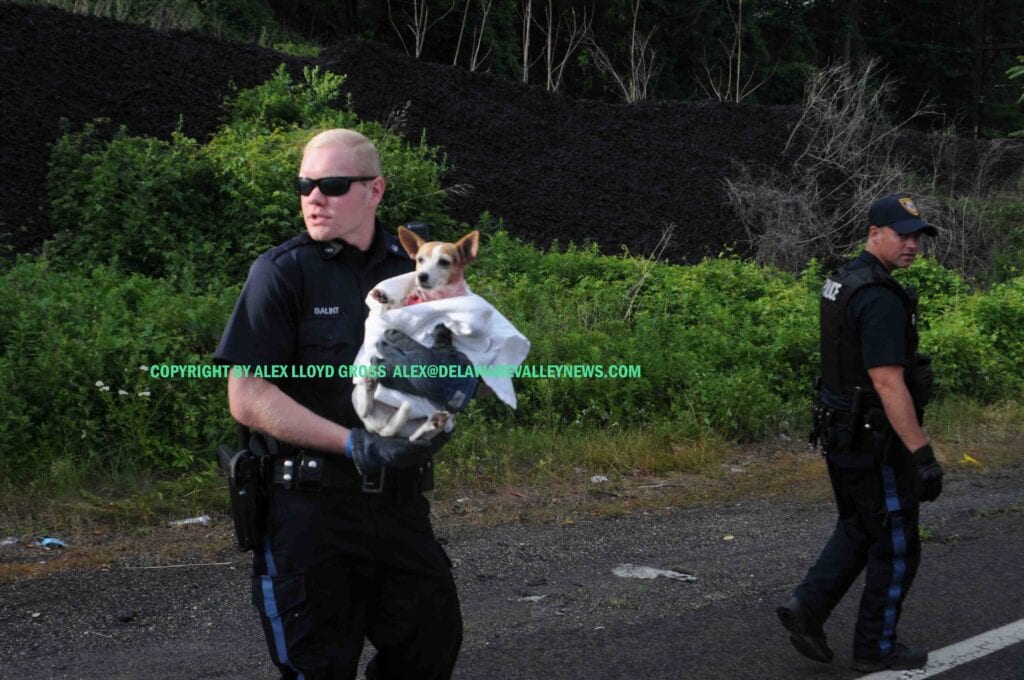 Alex Lloyd Gross Photo-Delaware valley News.com A family pet is removed by police for safekeeping from an accident on Rt 1

West Lincoln Highway,just south of Penndel was closed to traffic today, June 30, 2020 after a grinding two vehicle accident sent multiple people to local hospitals. Police said none of the injuries was life threatening.  The crash happened just before 6:00 PM.

Preliminary reports  indicate a vehicle made a left turn in front of another .  Parkland Fire Company was called to assist with patient treatment as three medic units were called.  Police  kept the road closed for about an hour until the wreckage could be cleared. One dog that was in a minivan was removed by police.. Tthe dog was scared but seemed to be in good condition.