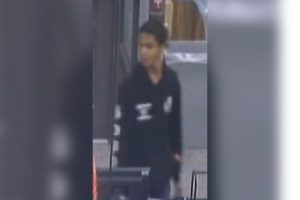 During the night on May 31 2020 multiple people looted the WAWA located at 1190 Market Street in center city, One male, who looks to be about 15 to 18 years old is seen lighting a fire in a display rack.

As that fire takes off, another looter kicks the rack away , saving the store from even more damage than it sustained.  police want to speak with both. Take a look at the video to see if you know anyone in them. Maybe you work with them or know where they live.. The looting was part of a few nights of civil unrest regarding George Floyd.killing by police. The ATF Arson task force would like to make the arsonists acquaintance.