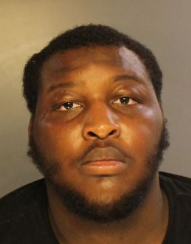 The striking vehicle then veered out of control and slammed into Gina Campbell, who was sitting with two other males,  minding their own business. While the males were able to move, Campbell was not so fortunate .  She was struck by the car. She was seven months pregnant at the time.  In spite of the heroic efforts of doctors at Temple University Hospital, they were not able to save the baby, who was delivered via a C-section, dead.

Multiple people were injured in this incident, police said.

Yaaseen Bivines was arrested and charged with