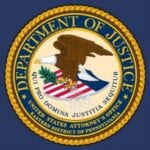 It is most likely going to be federal prison time for Richard Meleski, 58, of Chalfont, PA,. He pleaded guilty today, July 22, 2020 to being a fake Navy SEAL,  If that was not impressive enough, Meleski was also a Prisoner of War, or so he alleged. He never served a second in the US Military and he used his fraudulent status as a POW to secure healthcare benefits above and before anyone else.

Meleski also filed for monetary compensation from the VA for PTSD he supposedly suffered during an armed conflict in Beirut in which he rescued injured service members. In his application for disability benefits for PTSD, Meleski falsely represented that he had been awarded the Silver Star for heroic actions during his time as a Navy SEAL. Again, Meleski never served a single day in the United States military and of course was never awarded any service medals. Meleski also submitted another application to the VA for monetary compensation in which he included obituaries of actual Navy SEALs alongside whom he had supposedly served. In short, he traded on the actions of true heroes in an attempt to bolster his false application for monetary benefits.

He also filed for Social Security benefits and got them. He was not entitled to any of those benefits, US Attorney William McSwain said. Meleski faked a record as a decorated U.S. Navy SEAL in order to steal numerous forms of compensation,” said U.S. Attorney McSwain. “Everything about this case is profoundly offensive. Our veterans fought for the freedoms we hold dear, and we owe them a debt that we can never fully repay. But holding individuals like Meleski accountable for their crimes is one small way that we can honor our veterans’ service.”

While the investigation was being done,  it was learned that Meleski had purchased  guns for people in two different occasions when they were not legally allowed to have them. He also pleased guilty to this as well.  He also  pleaded guilty to multiple charges, including healthcare fraud, mail fraud, stolen valor, and aiding and abetting straw purchases of firearms.