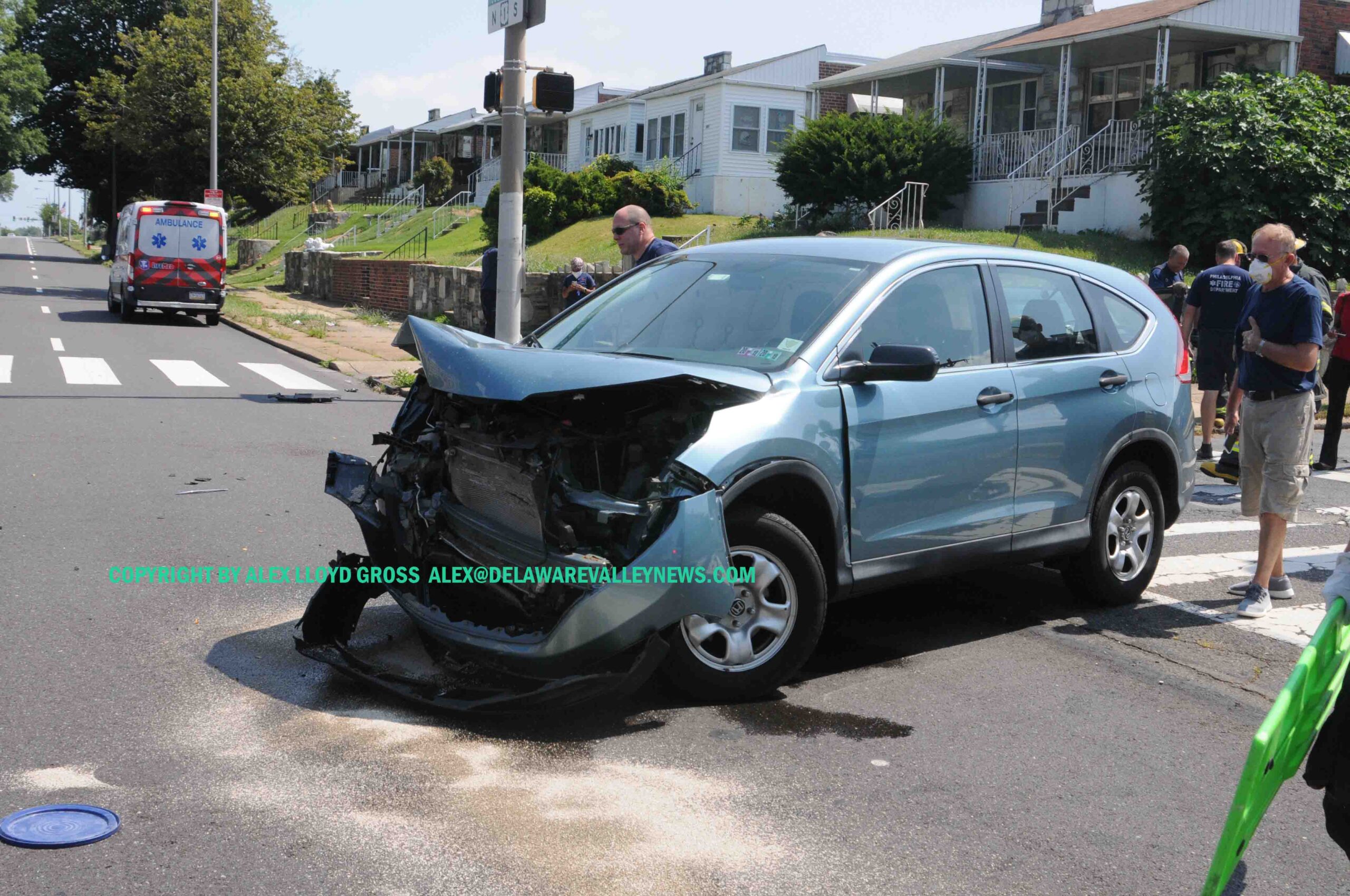 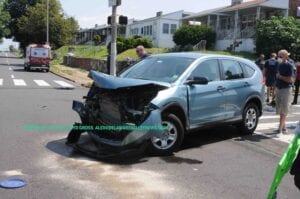 Two cars collided at the intersection of Woodward Street and Roosevelt Boulevard. This crash happened at 11:25 AM July 22, 2020.  The traffic lights were not functioning at the times of the crash witnesses said.  As the fire department arrived, one male, Fadil  Kallashi was walking around dazed. He was the driver of one of the vehicles and he sustained a few cuts and bruises. He refused to be treated by medics.

The other driver was removed by rescue squad personnel and put into an ambulance with non life threatening injuries.  Firefighters put up caution tape along the intersection to inhibit vehicles from crossing at that intersection.  The outer northbound lanes were closed for about one hour as the vehicles were removed and the scene investigated. No charges will be filed, police said.