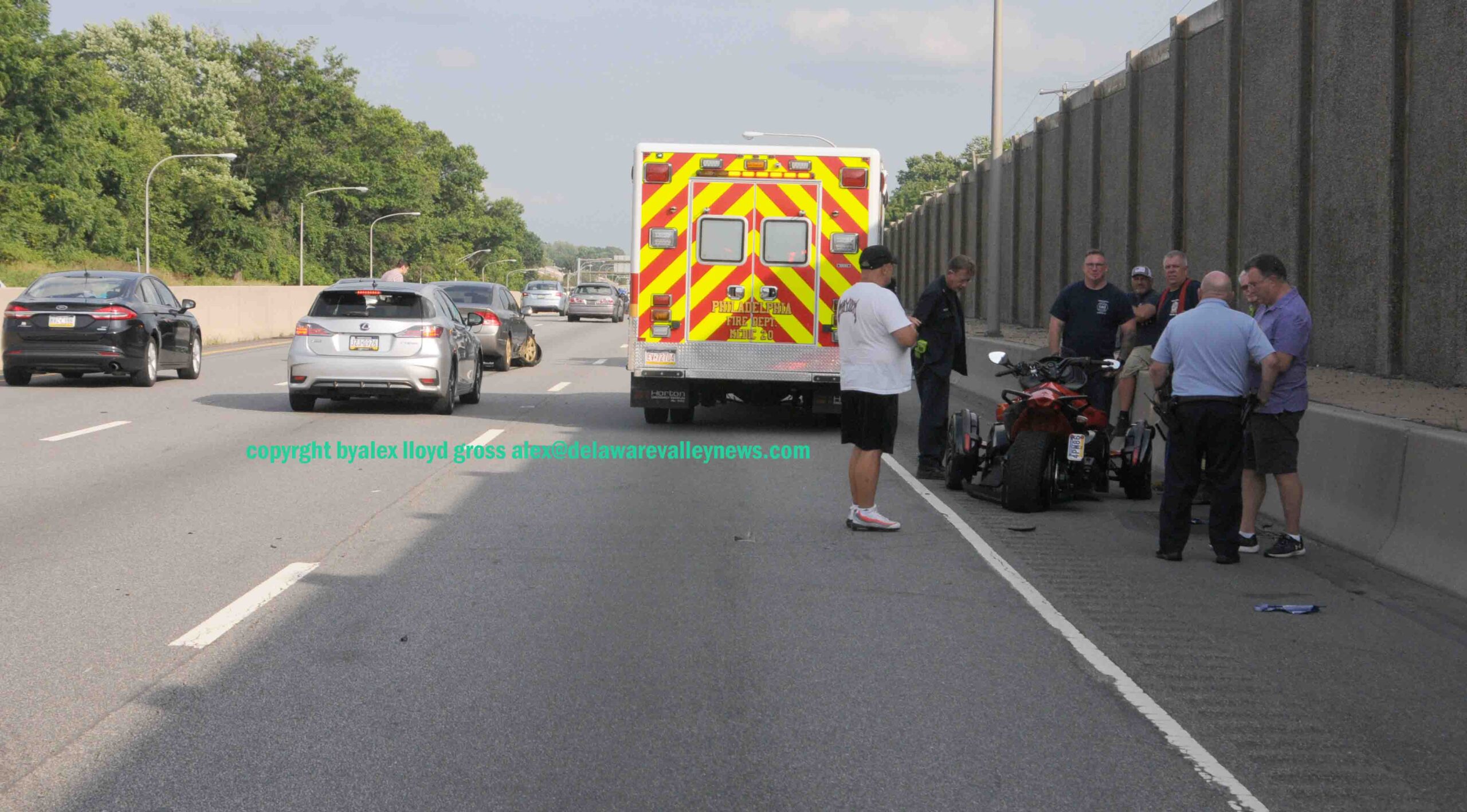 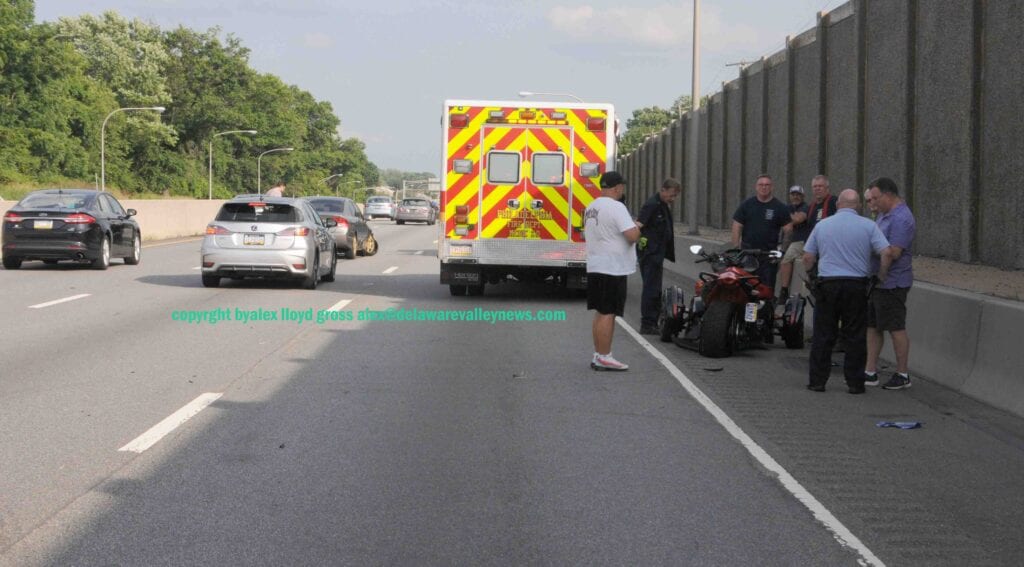 Alex Lloyd Gross As traffic whizzes by, emergency workers try to tend to the wounded and clear the highway.

Two people were hurt in an accident on Woodhaven Road July 23, 2020.The crash happened just after 5:00 PM  which tied up the evening rush hour, on the east bound lanes, near Thornton Road.  It involved a passenger car and a motorized tricycle.

Apparently, a lane change is to blame, witnesses said at the scene. No one was charged and the injuries are not life threatening. Police could not say for certain who changed lanes or who was responsible for the crash.  The left lane of the expressway was open and the center and right lanes were closed from the crash, for over an hour. Two medic units were called to the scene.