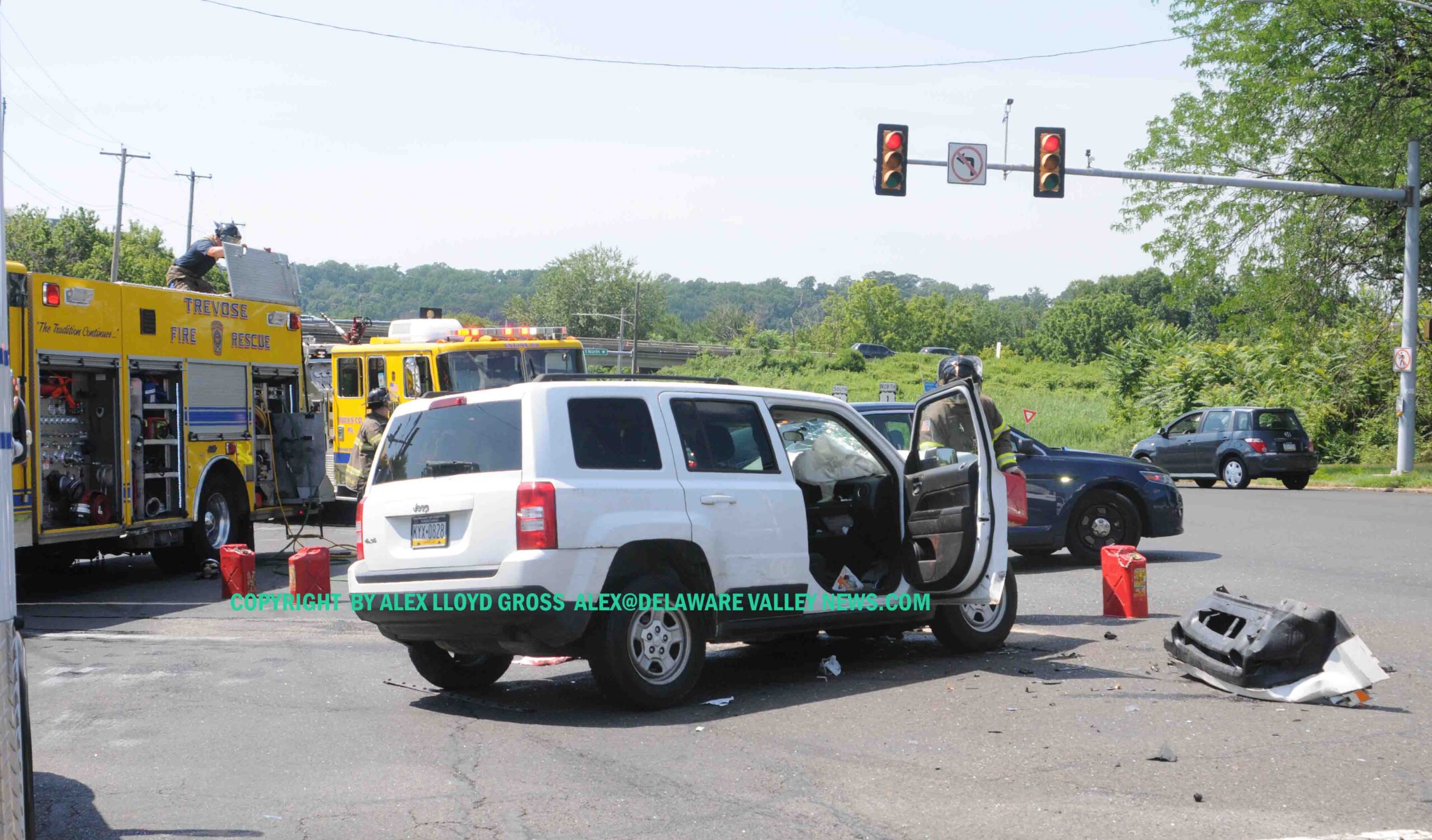 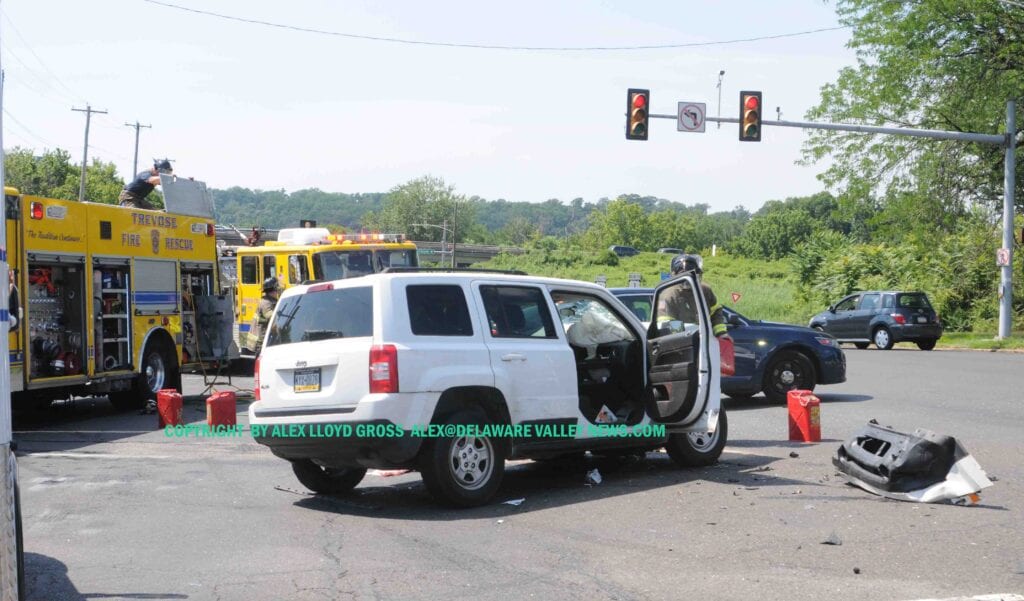 Two people sustained serious but non life threatening injuries after a crash on Rockhill Drive by the Neshaminy Mall. The accident happened just after 3:00 PM when police said two vehicles collided. from preliminary investigation revealed that a Toyota Corolla was exiting from Route 1, when it collided with a Jeep  at the intersection.  Police said that one driver was trapped in the Toyota for a brief period of time, until  fire crews cut cut the door and crews were able to free the driver.

No citations were issued at the scene. One officer sustained a cut from debris.He was treated at the scene.  The road was blocked for almost one hour, until tow trucks could come and remove the vehicles.  No vehicles had any passengers.  Both drivers were local to the area,  police said.