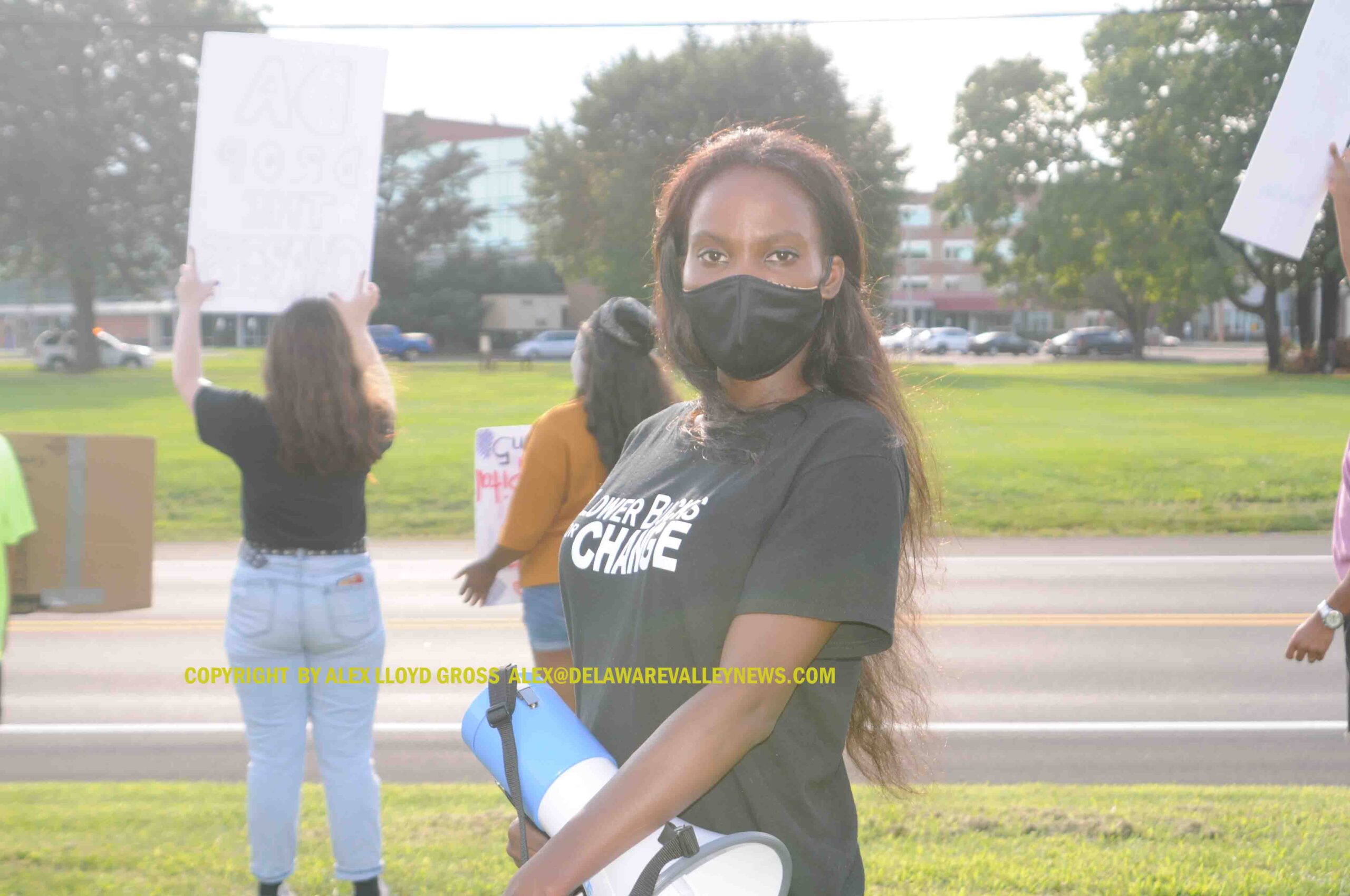 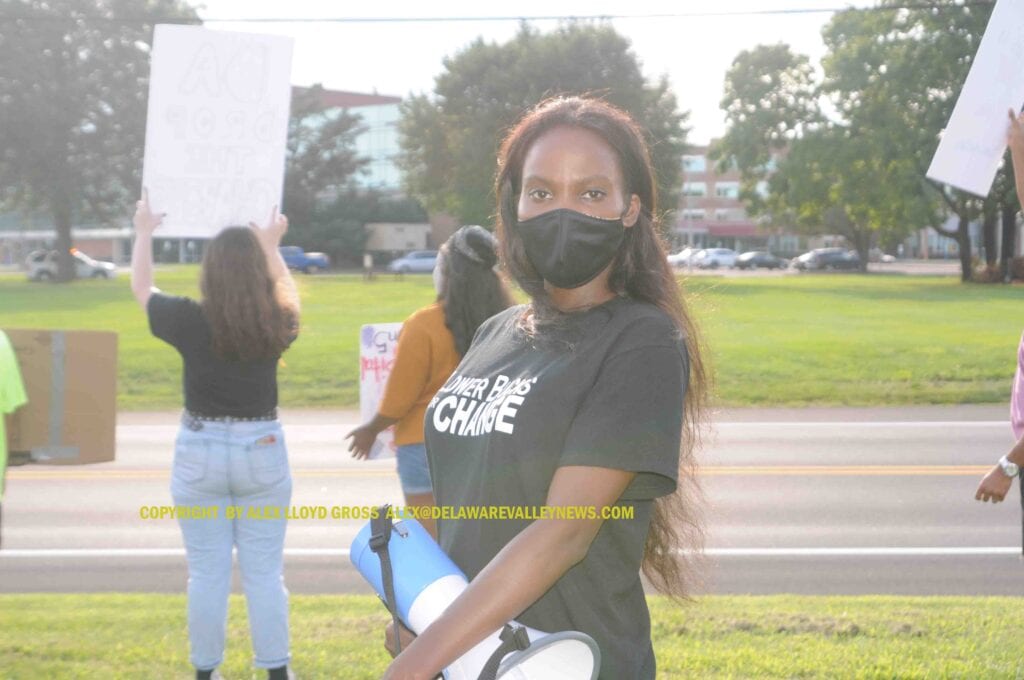 Alex Lloyd Gross- Photo- Delaware Valley News.com Romy Ulysse is about to speak during the protest.

Romy Ulysse is not happy. Her brother  Dudley Ulysse wound up in the mental health ward of Lower Bucks Hospital, which is where he belonged. He was not treated, he allegedly caught COVID-19 while in the facility and he was arrested for serious felony charges.  That is what brought  Romy and about 60 other protesters out to Bath Road in Bristol Township, to bring attention to the lack of care they say, the facility gives to people that need mental health treatment. You can read the original story here

“My brother was paranoid schizophrenic, he  threatened to kill his mother with a machete. He would mow the lawn of a neighbor and not remember doing it,” Ulysse said. He was brought to the hospital where “They said he was fine, they said there is nothing wrong with him,” He was discharged and eventually brought back to the hospital by the police, who “forced” the hospital to admit him.

He was held for 12 days with no contact with anyone. “He could not call out  and no one from the family could call and talk to him,” Ulysse said. He was being evaluated, the family was told. During this time, Michael Motte, the CEO of the hospital is reported to have contacted the District Attorney, Matt Weintraub  about Dudly. He wanted him arrested even though he committed no crime,. the family said. Weintraub refused to intervene. Dudley had broken no laws. 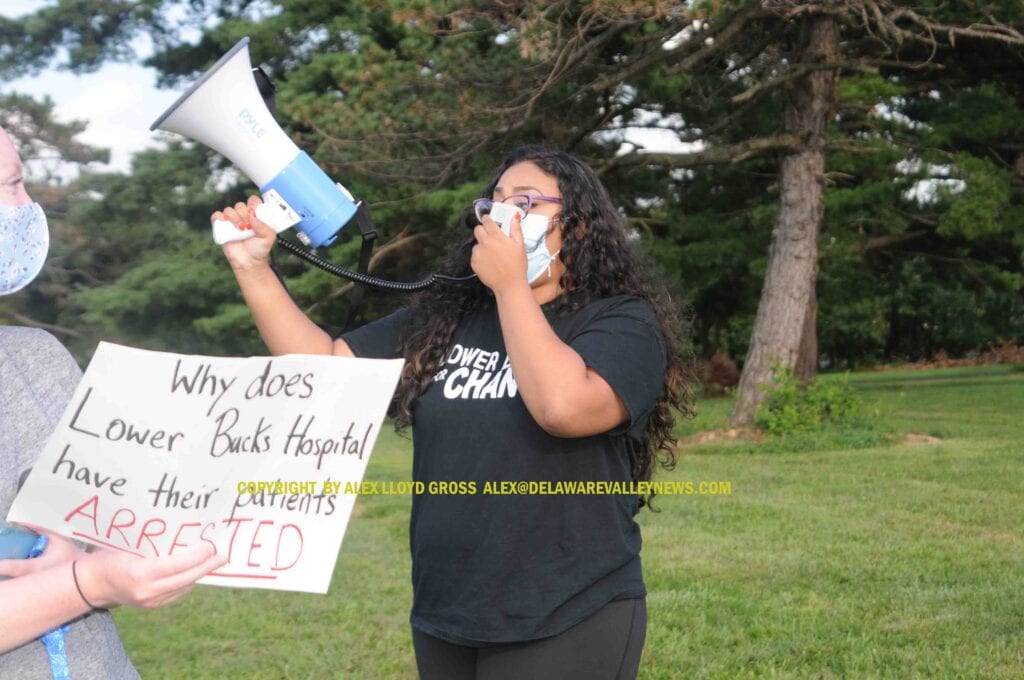 Soon Ulysse was diagnosed with coroonavirus, and is alleged to have torn up part of the hospital.. That is why he was arrested. His family has retained an attorney to look into legal action against Lower Bucks Hospital. They also want the charges dropped against Dudley.

George Redner, a local firefighter and first responder lost his son George to mental illness. He was misdiagnosed at Lower Bucks as well, he said during the protest. His wife Jacqui said “Politicians should shut down hospitals if they are not going to help people with mental health issues,”.

“I want to bring awareness to mental health workers to people. I want them better trained and better paid,” Romy Ulysse  said. Some workers are paid little more than minimum wage.  As the protesters were across the street, during their protest, multiple passing drivers honked their car horns in support of the protesters. Lower Bucks Hospital officials were not avail for a comment.