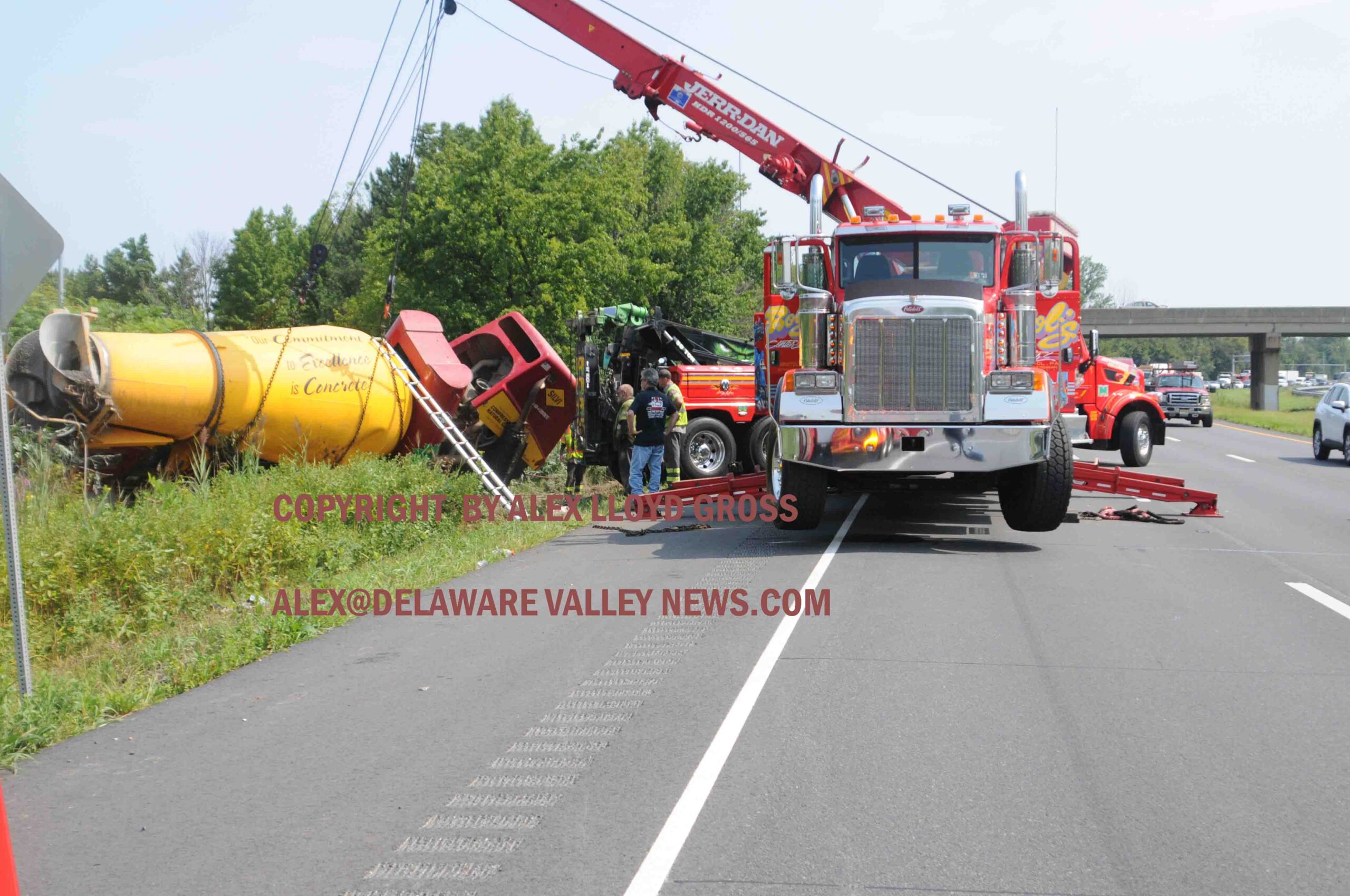 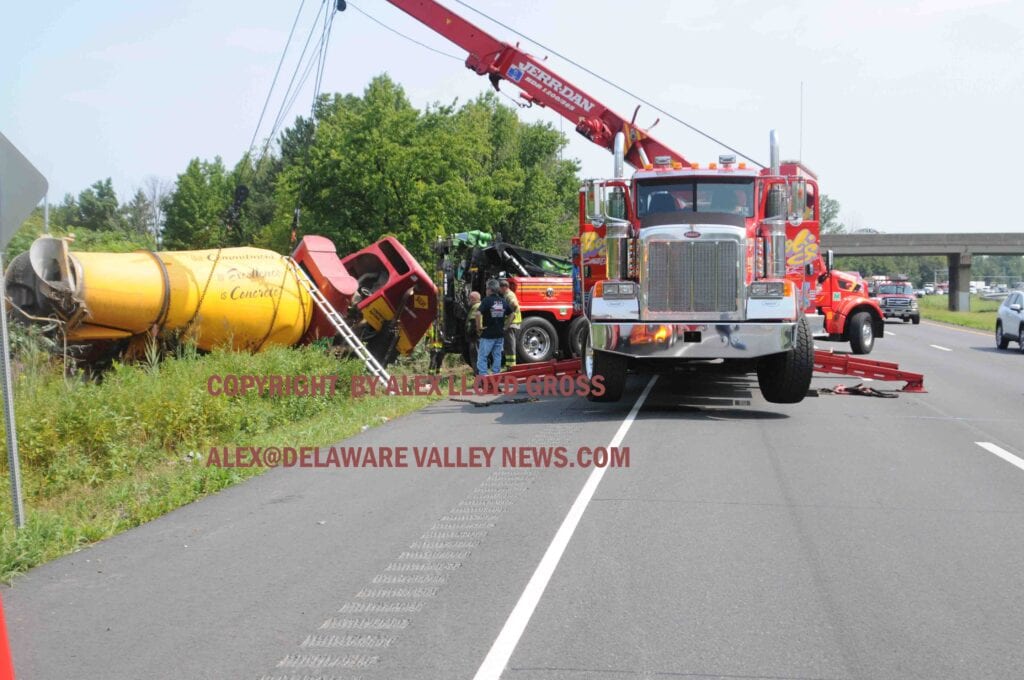 No one was hurt when a cement mixer went out of control and crashed in a grassy area of  Interstate 95 by Woodhaven Road, in Bensalem. Troopers  said the truck was traveling south when the crash happened.  The location of the wreck was between the exit and entrance ramp to Woodhaven Road, which is in Bensalem Township.

No injuries were reported. It is not known if the  mixer was full or empty at the time of the crash.  The truck rolled onto it’s side at 6:51 AM., TODAY August 25 2020  It was out of the flow of travel until it had to be removed. heavy duty tow trucks were called in. They had to lift the truck out of the ditch ans then right it on it’s wheels before it could be removed. That required  either partial of full lane closures while the recovery operation was going on.  It took several hours to remove the truck.