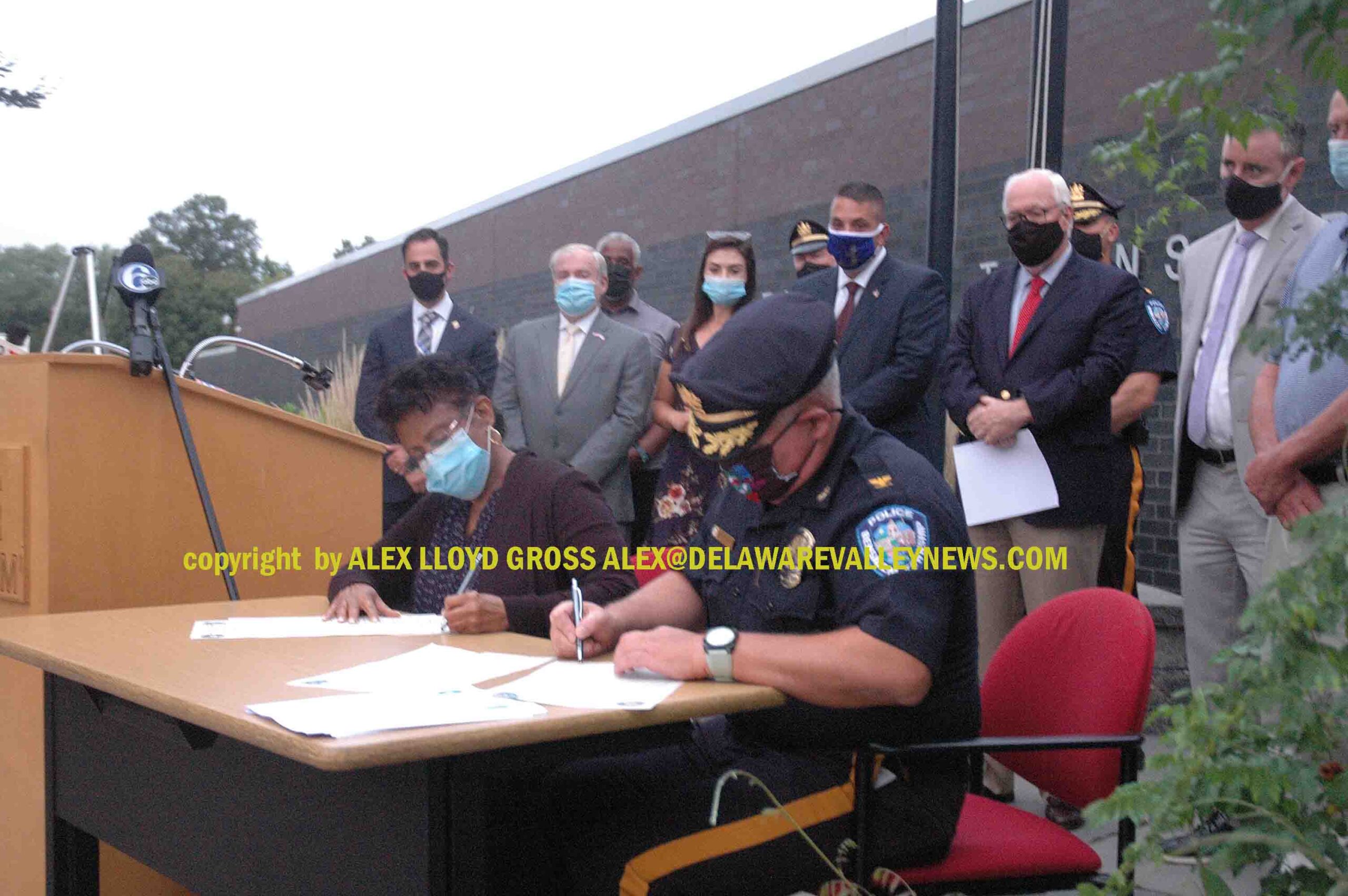 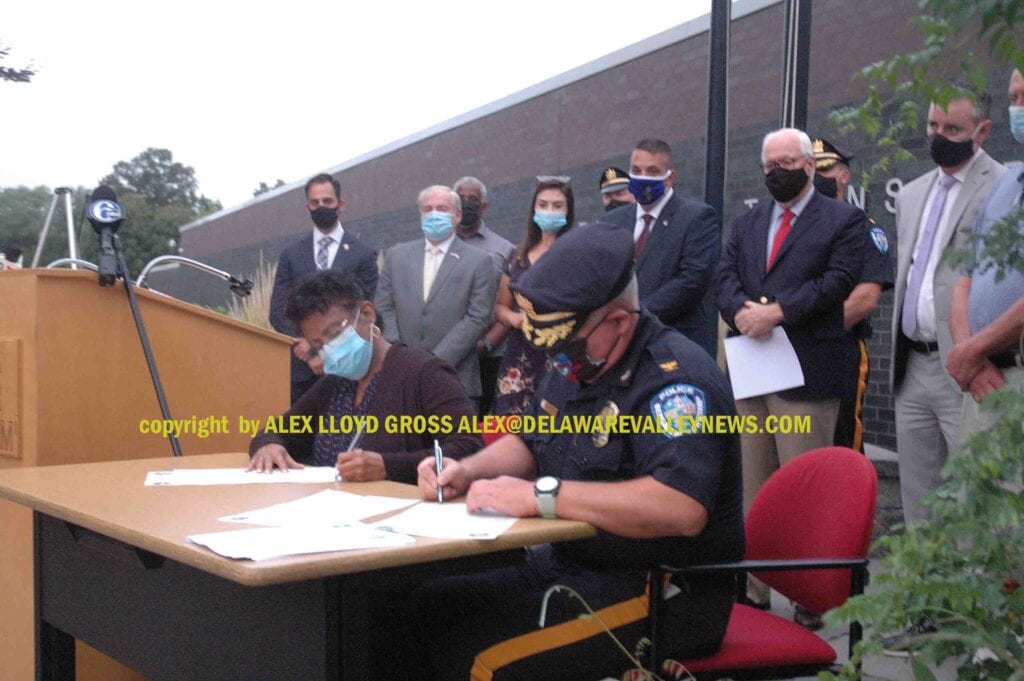 Karen Downer , President of the Bucks County Chapter of the NAACP met with Fred Harran, Director of Public Safety for Bensalem Twp.  in front of the municipal building today, September 9, 2020. The reason was to solidify an agreement on how police will advance their treatment of minorities. “A lot of this stuff we are already doing,”Harran said.

If a minority feels they have a negative contact with a member of the Bensalem Police ,they may be intimidated or uncomfortable coming in to make a complaint. “They can go to the NAACP, or a member of the clergy. The NAACP will accompany the person to the police station for moral support,Harran further stated.  Both the police and the NAACP hold regular meetings.

“I am happy but we would love to see more minority officers recruited to be police officers. Racism exists everywhere, even in Bucks County.  only five percent of the county  is minority and if you don’t interact with anyone on a regular basis, you would never know it exists or happens,” Downer said.