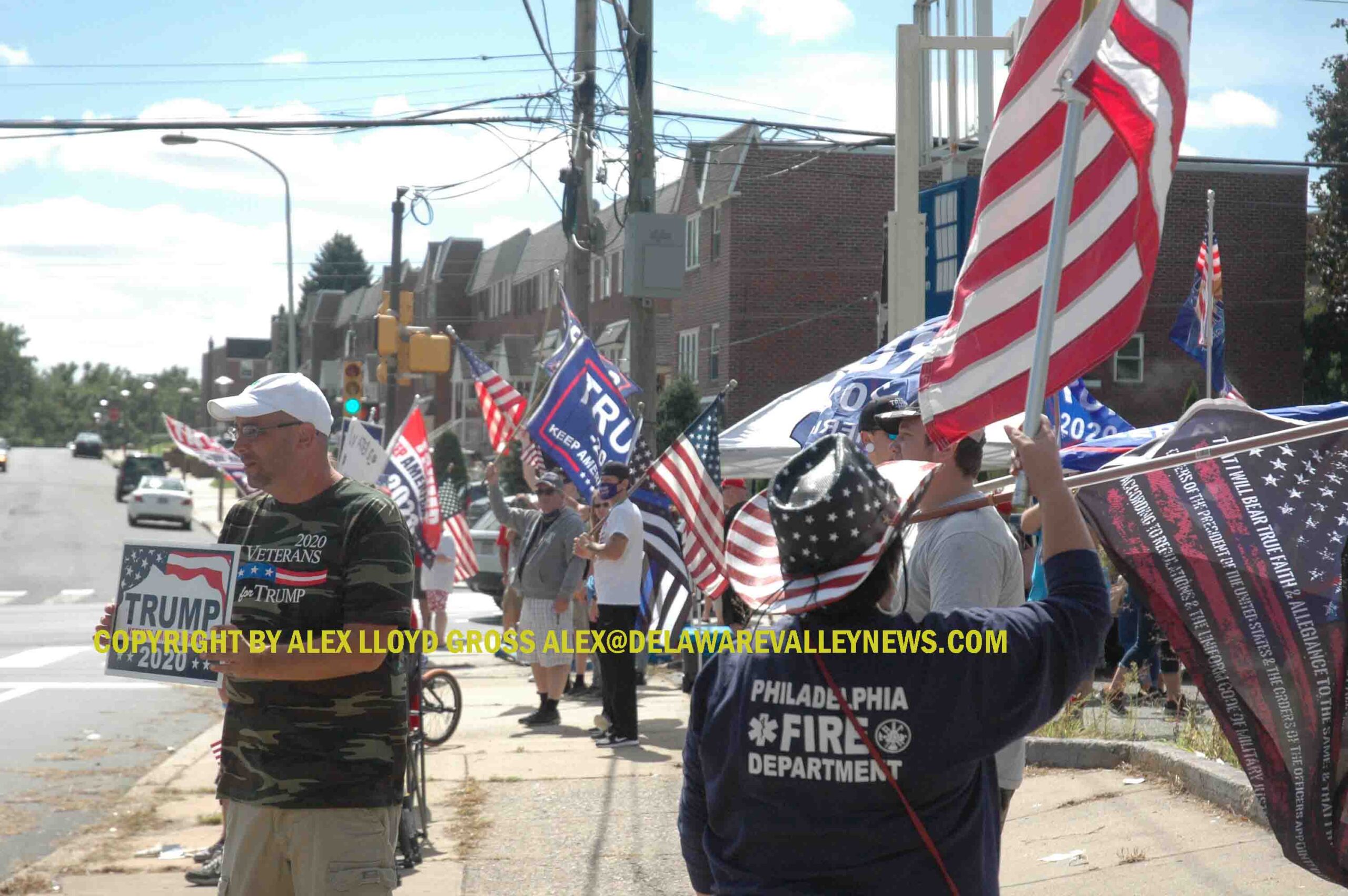 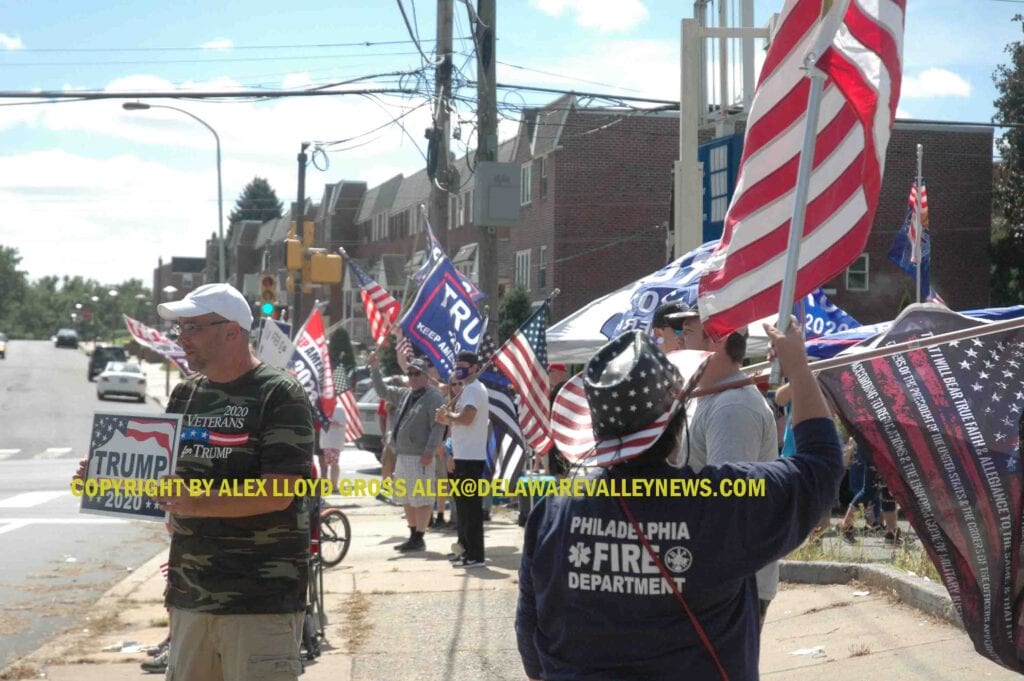 A small but vocal rally was held today, September 12, 2020 to support first responders and Donald Trump.  The chosen site was Frankford Ave. and Knights Road. Just before noon, people started together with signs and flags.They wanted to spark interest in their candidate and show support for first responders. By 12:30- PM about 200 people had arrived.

This event was slated to run for about two hours.  People come and go according to their schedules.. “This started on social media, it’s the second one we have had,” said Pete Digiannantono, the organizer. He promised that his group is not about blocking traffic or .marching down the street. “All we do is stay on the sidewalk and wave flags, it went over well last week at Grant and Academy Rds,” he said. The crowd got a decent response from the motoring public.with plenty of  horn hocking and waving. 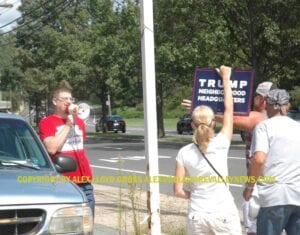 Not everyone is a Trump supporter. a few people will curse them or give them the finger. The group pays them no mind. Today, a lone supporter for Joe Biden showed up with a battery powered bullhorn. He was not going to win over any Trump supporters so he tried to direct his comments to the motoring public. A few Trump supporters tried to shoo him away but others advocated for him to stay. The man who refused to give his name kept to the outer edges of the protest.

The weather cooperated. It was a nice day. Future rallies  could be held at different locations in Philadelphia, as the election comes closer. When asked about the recent accusations leveled at Trump, specifically dealing with the Bob Woodward tape, Digiannantoniono asked “Was that on video, I don’t believe anything unless it’s on video, you can fake anything in the studio”. When asked about if he believed Trump called service people “losers and suckers”, he replied “It’s fake , democrats have been trying to do this crap for four years and they got nothing,”  Peter was a delegate for Donald Trump at the Republican National Convention. 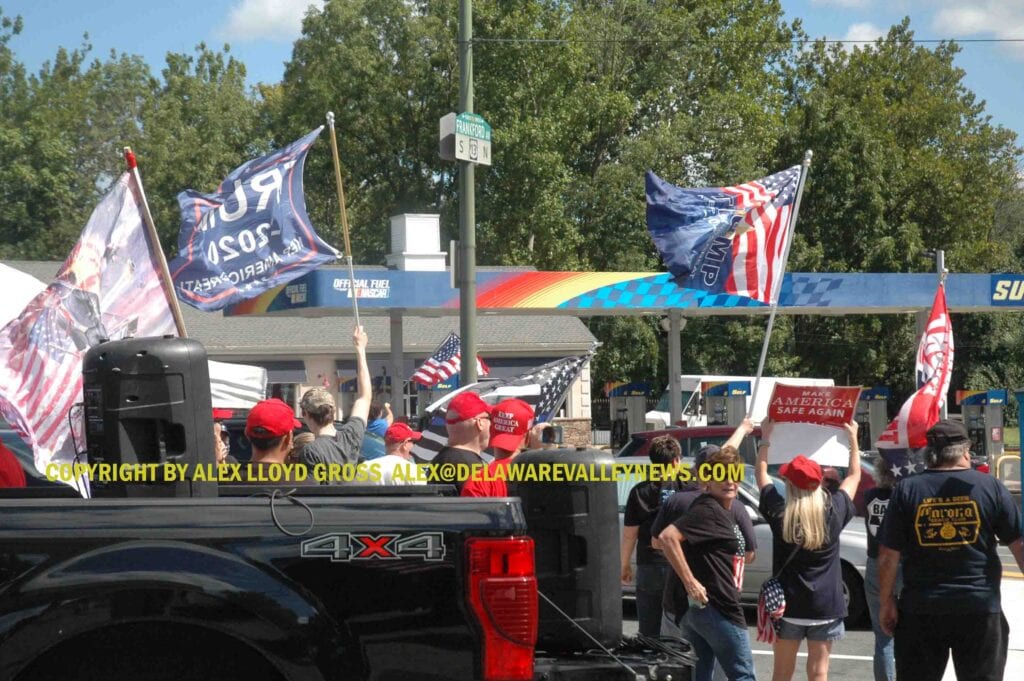 He calls it a “disgrace” to see how first responders are being treated by some people.