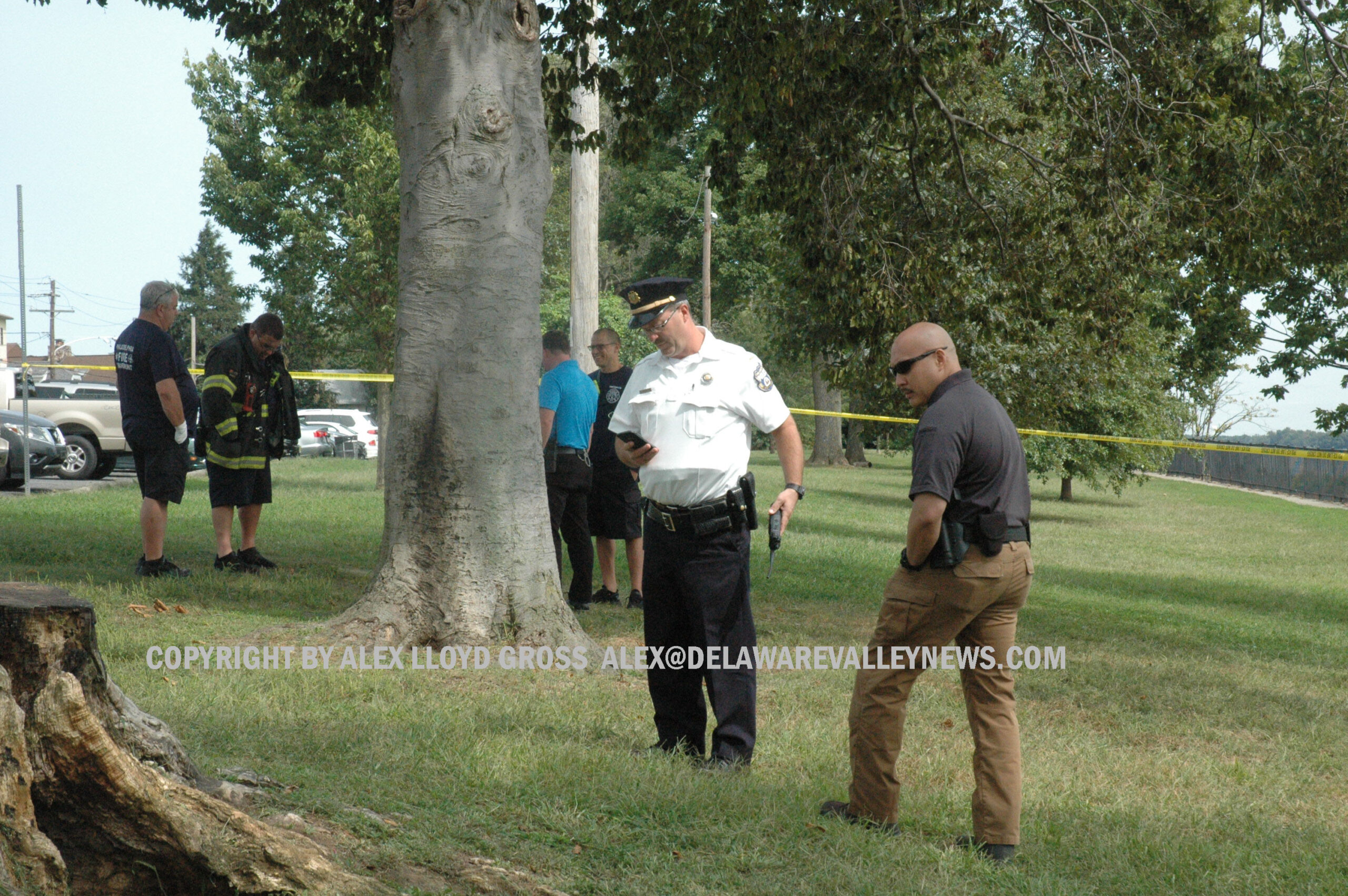 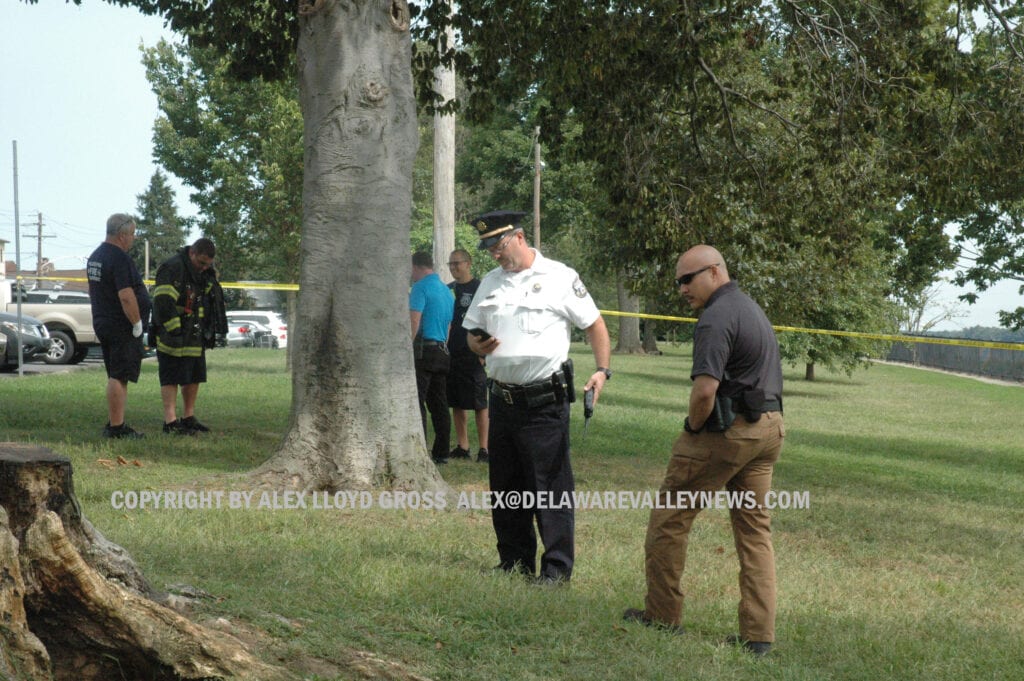 Alex Lloyd Gross Photo-Delaware Valley News.com police check the area to see if they can find any remnants of the hand that blew off.

A 41 year old male came in contact with an explosive device. He was at the river near Delaware and Linden Avenues, when  the device exploded.  It took off his left hand completely and his right hand suffered major trauma. He also experienced burns and trauma to his chest.

The fire department was only a few blocks away and responded when they got the call.  The male was rushed to Jefferson Hospital Torresdale Division, and will be flown by helicopter to the main campus of Jefferson Hospital.  The Bomb Squad was on scene as was the Fire Marshal. It is unknown where he got the explosive  or exactly what kind of explosive it was. The incident happened at 12:35 PM September 15 2020.