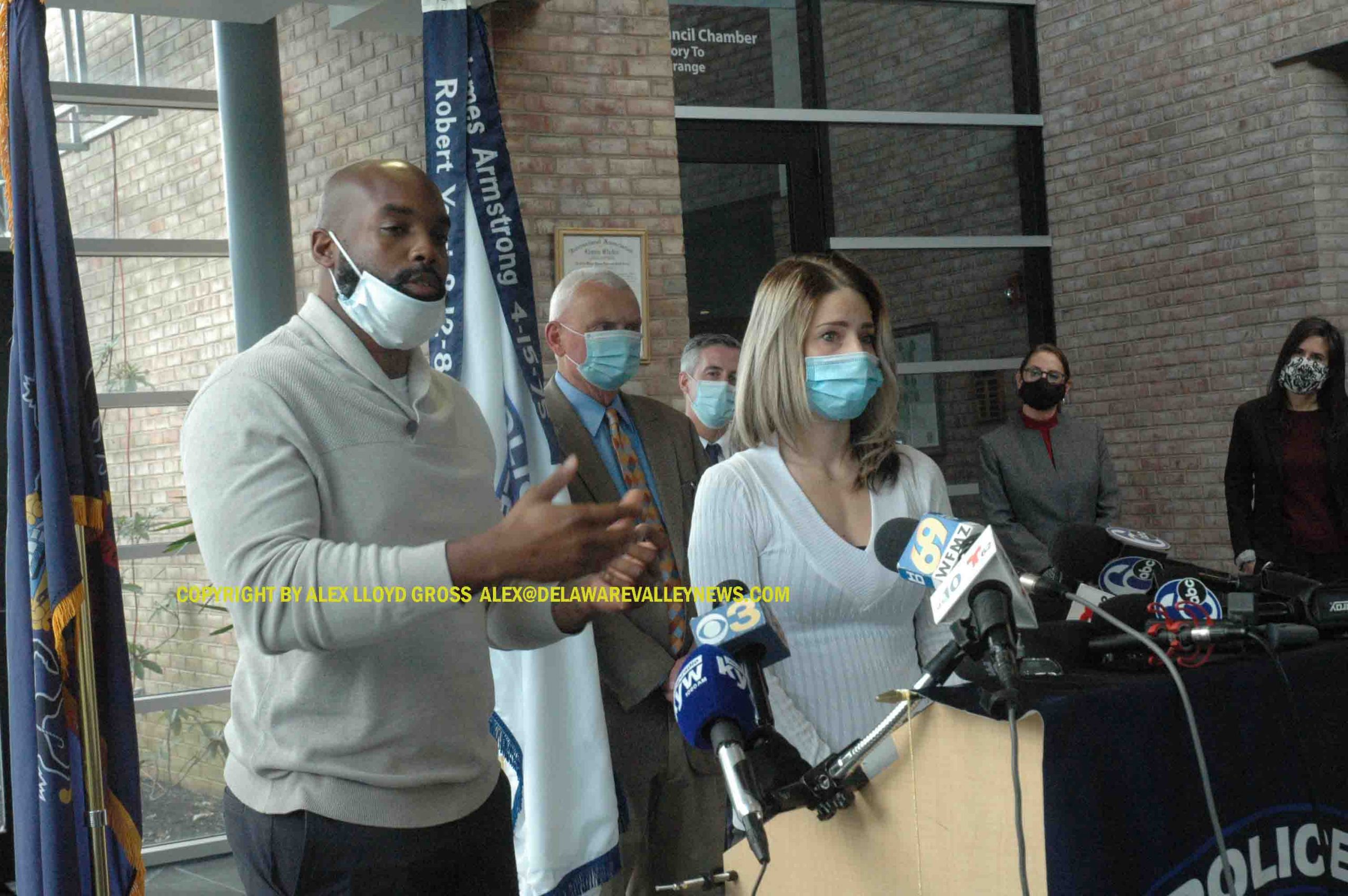 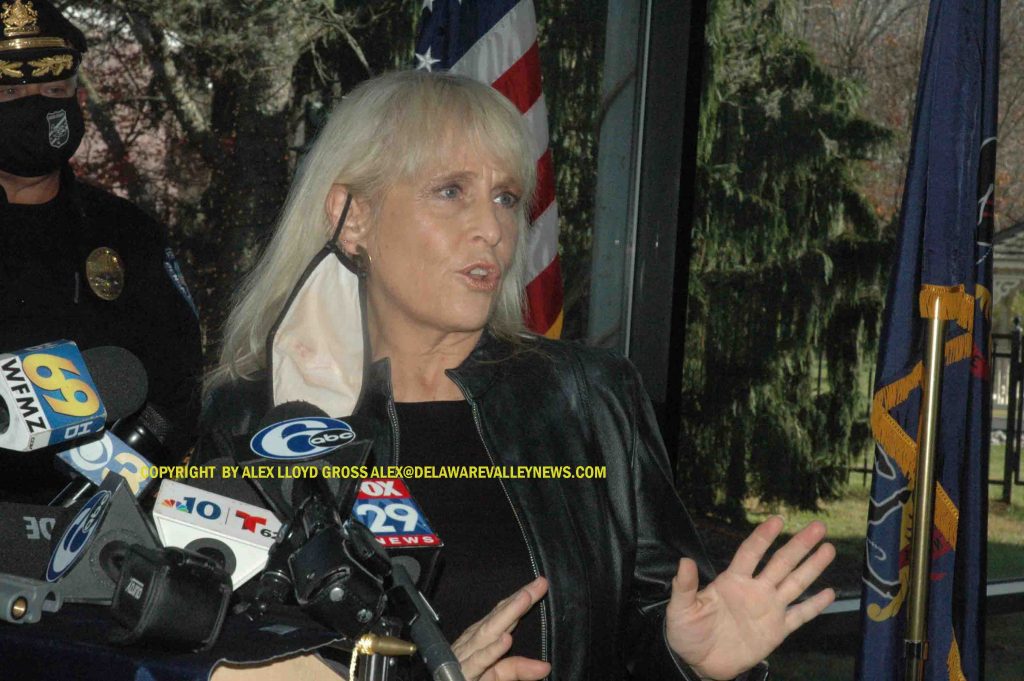 After the death of George Floyd at the hands of police in Minneapolis set off riots and mayhem across the United States,  some people wanted the police “defunded”.. While some radical progressives like Alexandria Ocasio Cortez a congresswoman from New York wanted all funding abolished, others had a better idea.  Like Fred Harran and Matt Weintraub, Bucks County District Attorney. . The idea  was to re fund the police, buy adding two crisis team members to respond with officers to calls for service. Harran is the Director of Public Safety for Bensalem Township.

A press conference was held at the township building to learn more about the program, and to meet Rachel Agosto and Walter Bynum, who are going to be working in the community. Both have over a decade of experience in dealing with mental health issues.  “They will be arriving  minutes after our officers , not hours or days later,  Harran said. They are being trained and will be responding on their own starting December 14. 2020 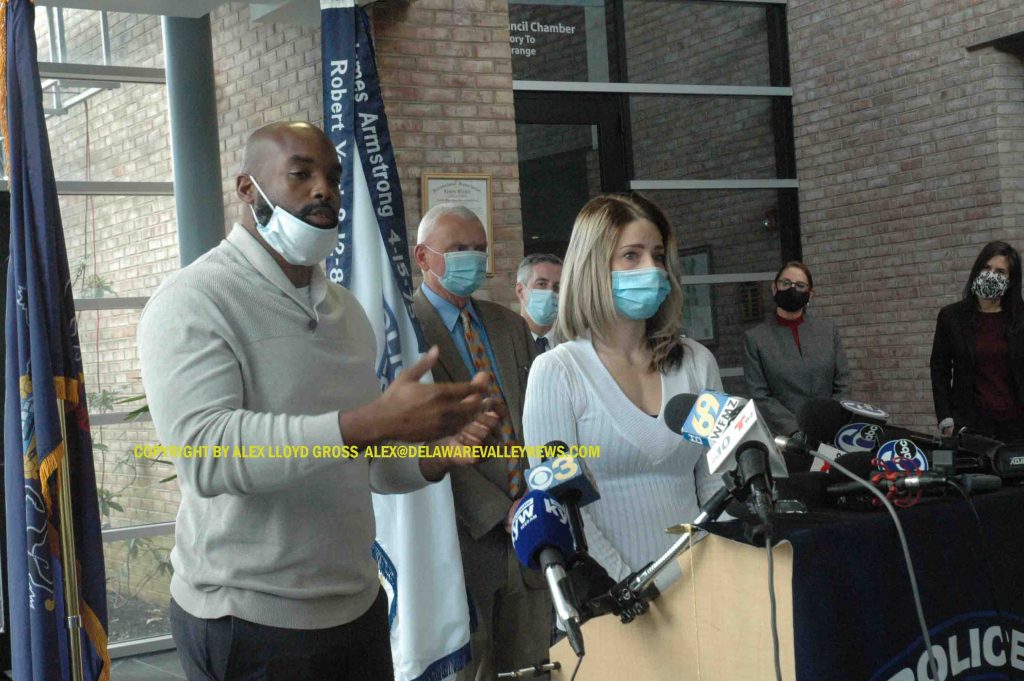 The police will respond to a 911 call involving a mentally troubled person. A confluence of events could have set off that person, like losing a job or getting served with divorce papers.  These responders will be on the initial call and after police determine it is safe, they will have the social workers take over. Depending on the incident, the police could be standing by or even leave. The safety of the social workers is a priority, Harran said. This program is first anywhere in the region, Harran said.

“They work with the opportunity council or other organizations to get food to people, or point them in the direction for a job, or whatever  that individual may need,” Weintraub said. Harran said that in 1955 there were 41000 beds available in psychiatric institutions in Pennsylvania.. today, in 2020, that number has dropped to about 1000.  Weintraub said that he heard about the pilot program in Dauphin County and contacted Harran about getting  it up and running in Bensalem.

Bucks County Commissioners Dianne Marseglia, Bob Harvey and Gene DiGiralamo were instrumental in getting funding for the program. The two social workers will primarily be working the night shift, but Harran said that could be tweaked as the program needs are assessed.  The pair will be tasked with assisting on cases covering a range of issues including aging, mental health, substance abuse and domestic violence. They will help to connect those involved with  relevant resources.