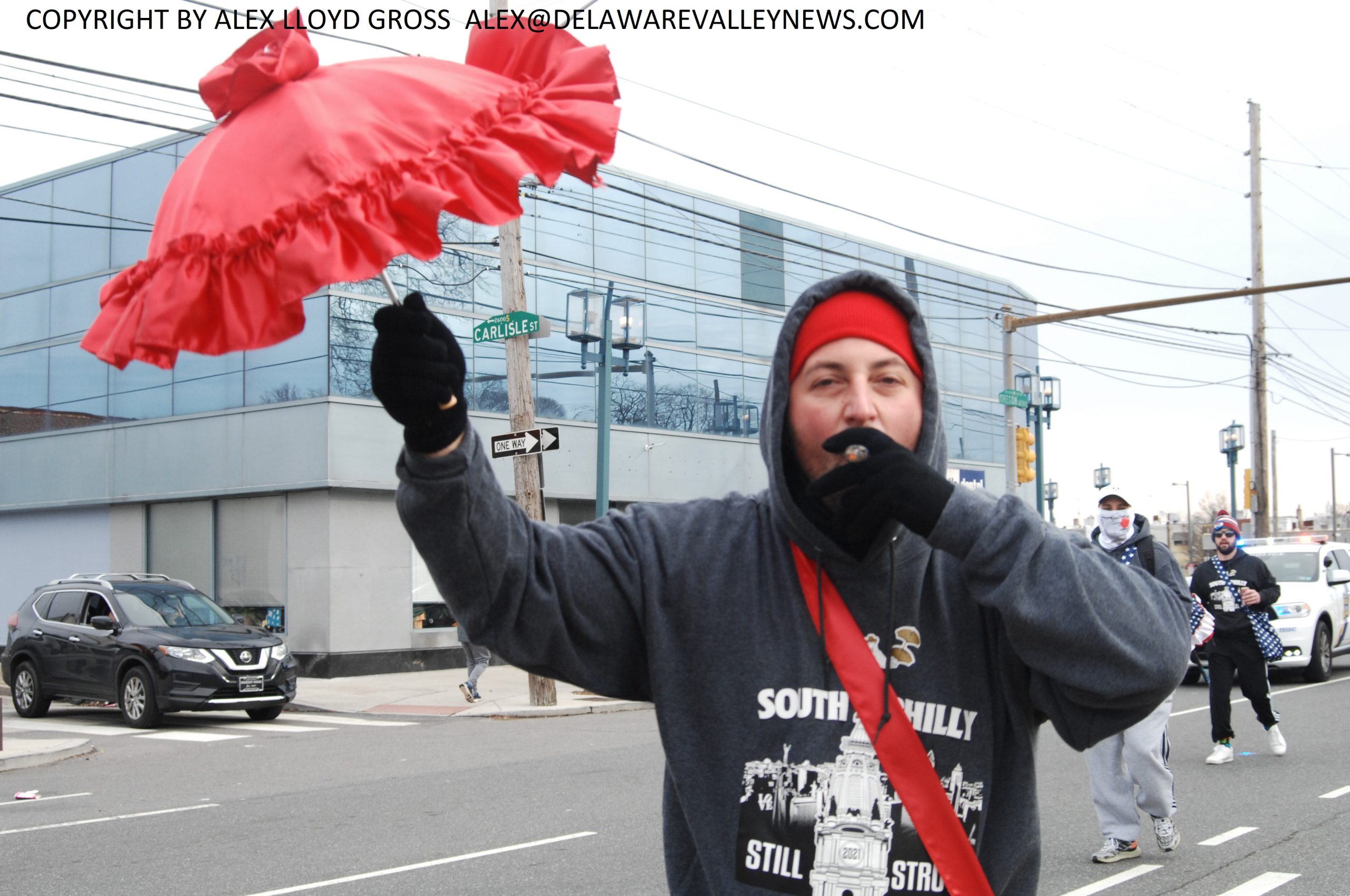 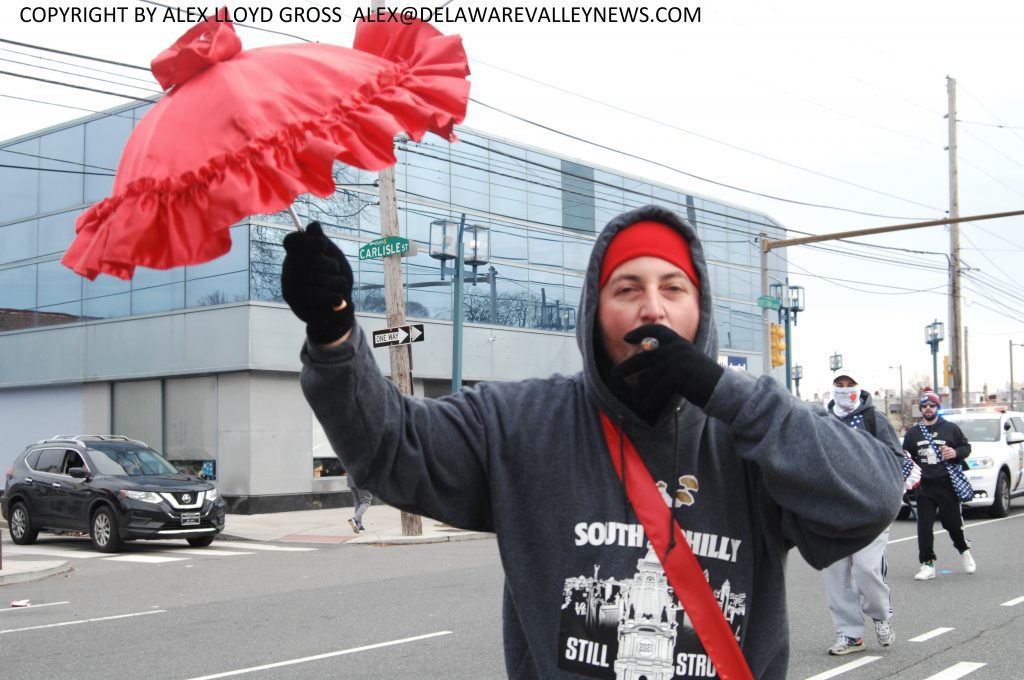 No Mummers Parade in Philadelphia on January 1 2021. At least not an official one.  That did not stop several thousand of them from parading through the streets of South Philadelphia during the morning hours.  This was different. Way different from years past. 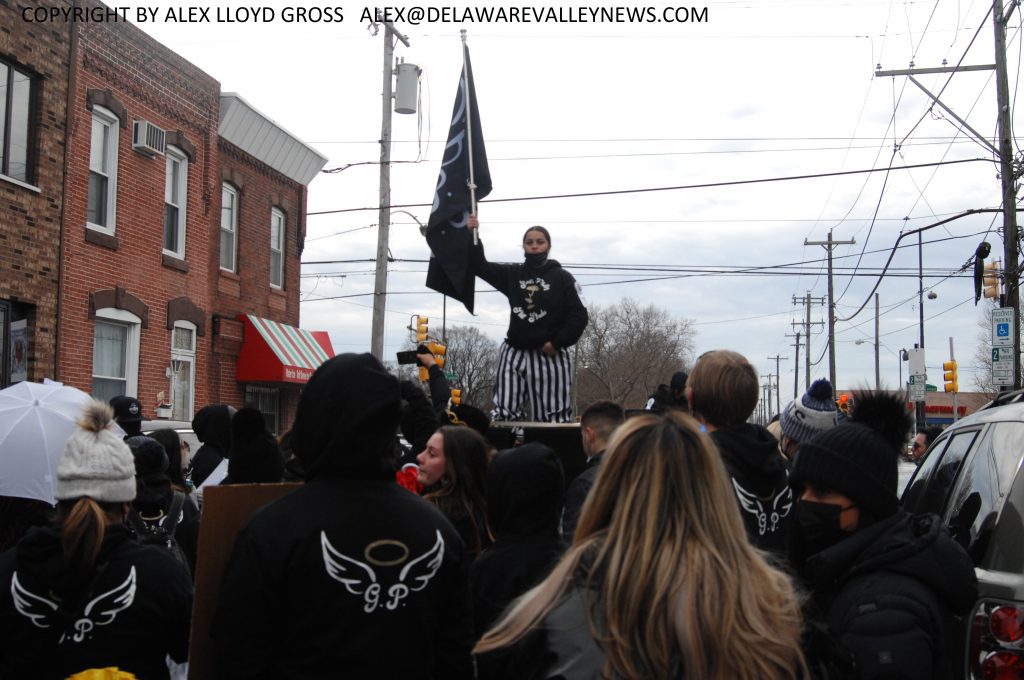 First off, there was no face paint. no costumes, although some people were spotted with colorful “Mummers” pants. Everyone was sporting hoodies with different names of clubs that did not exist or slogans. Most dealt with South Philly or Strutting. The reason for that, said Ronnie Stella, was that “The mayor said he would suspend any club that marched , they would be suspended next year”.  Stella was driving a rented pick up truck with mummers music blaring from it.

This was billed as a protest march. There was nothing the city could do. If  Mayor Kenney  allows Black Lives Matter to march in the city,  they have to allow fed up Mummers to march in protest of not having a parade. It is free speech. Police were out in force, providing protection to these groups . Streets were closed as the different groups made stops at the houses of members that passed from COVID-19 . No musical instruments were played but music was blaring from a PA system that each group provided.

The marchers generally did not go up and down South Broad Street. They seemed to congregate by Oregon Avenue and of course 2nd Street. Whenever two clubs would pass each other, it was like a family reunion. The official parade was cancelled due to COVID-19. Large crowds could spread the virus. There were some people that refused to have anything to do with these pop up marches. In fact circulars were sent out urging people to not participate and not watch.. 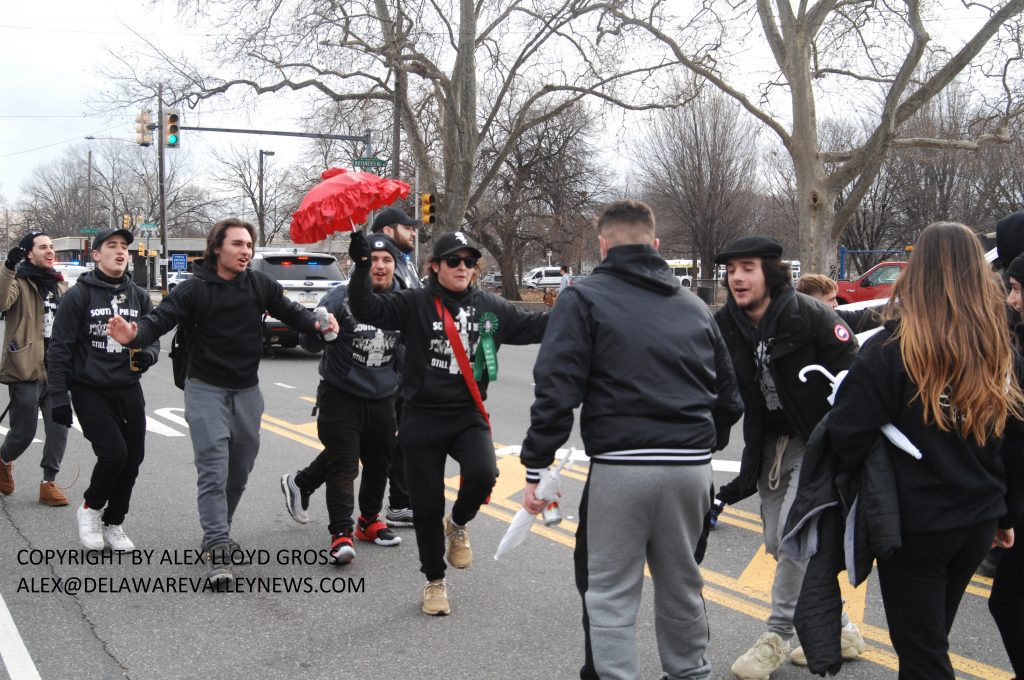 As of noon, police did not report any arrests related to this event. There were minor traffic detours, and many mummers were observed holding cans of beer. That is common on a normal  New Years. Police had a helicopter in the air to help them keep truck of the different groups.  Not one person marching would say anything positive about the mayor. He was blasted for cancelling the parade and putting in the soda tax.  He is lampooned every year by the comics.

This protest/march is scheduled to go on through the evening. This this is not an official event, there are no judges and no prizes awarded.