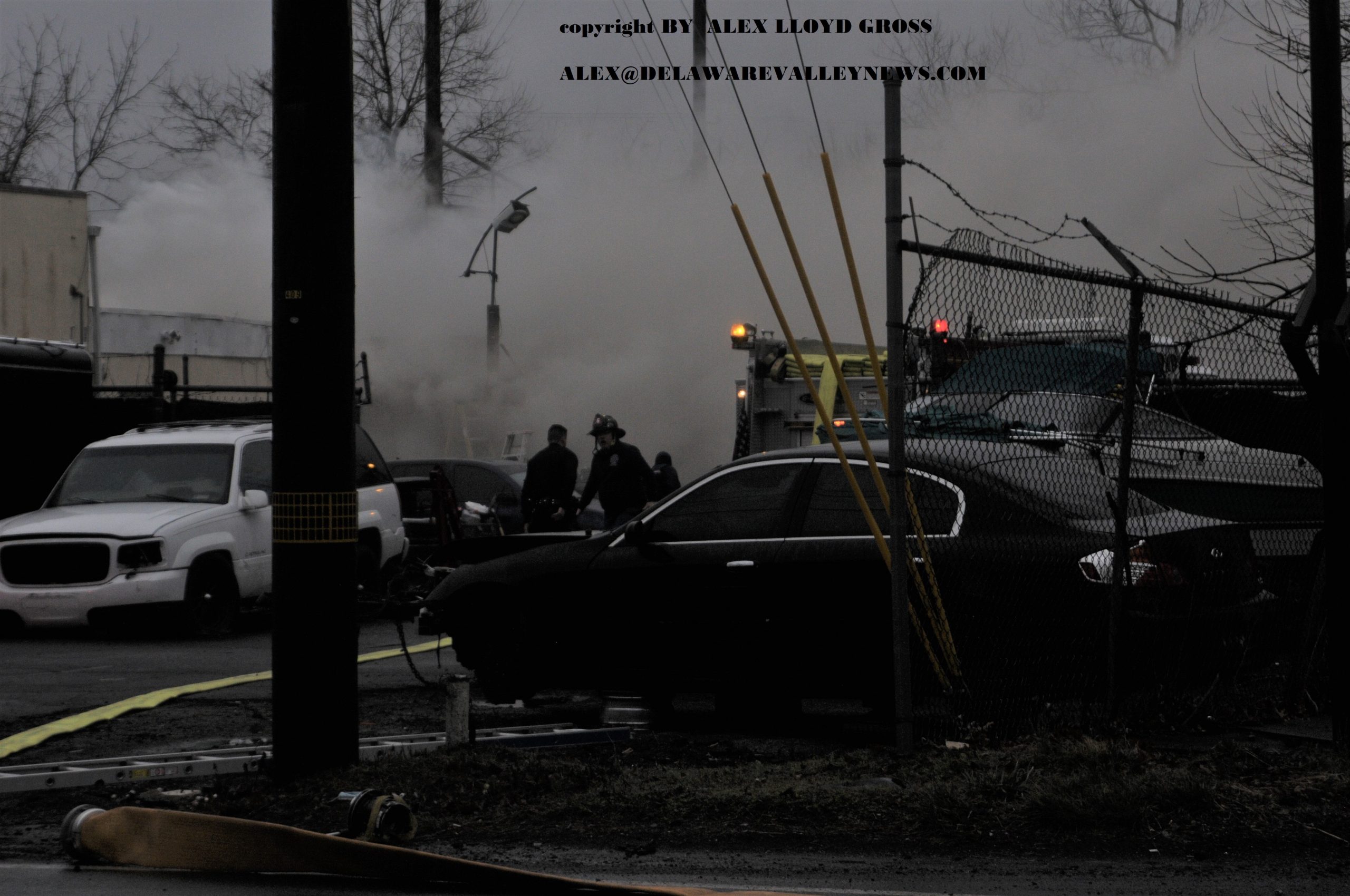 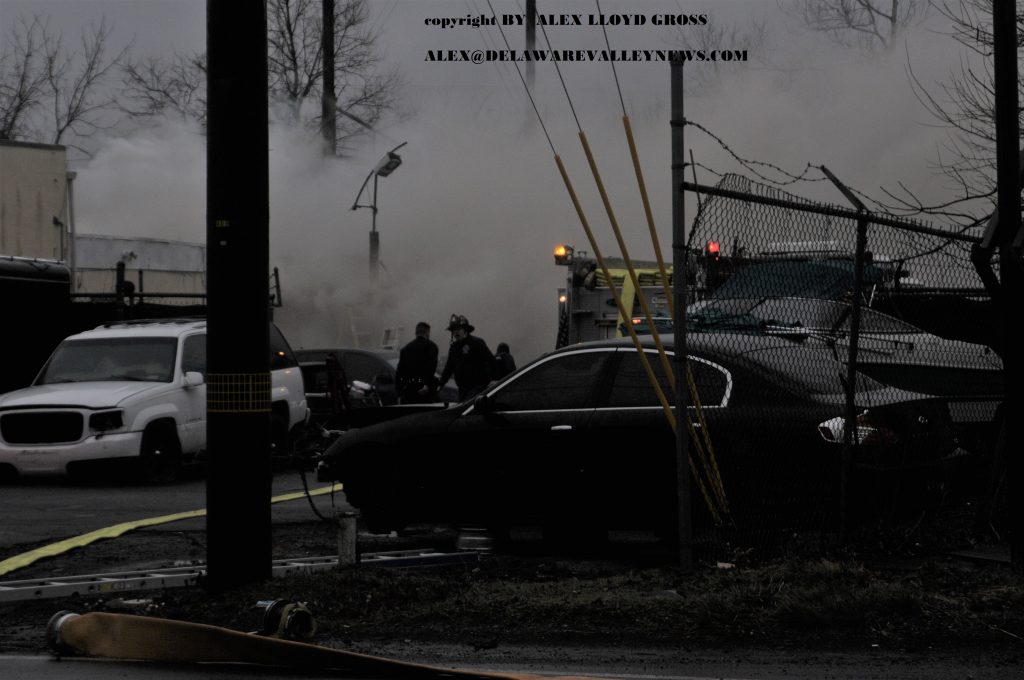 A fire that was confined to a shed and some vehicles tied up Bristol Pike in time to snarl traffic for the evening rush today, March 18, 2021. The blaze was reported just before 5:00 PM and firefighters arriving found heavy smoke showing.

Hydrants had to be used which resulted in Route 13 being closed between the Bristol Township line and Bensalem Boulevard.  There were no injuries.  The cause is under investigation by fire investigators.   Crews got on scene quick and made a fast knock on the fire.  Within one hour, several crews were taking up . The fire was behind the Creekside Motors  which is on the 4000 block of Bristol Pike. Fire crews from Bristol and Bensalem responded.