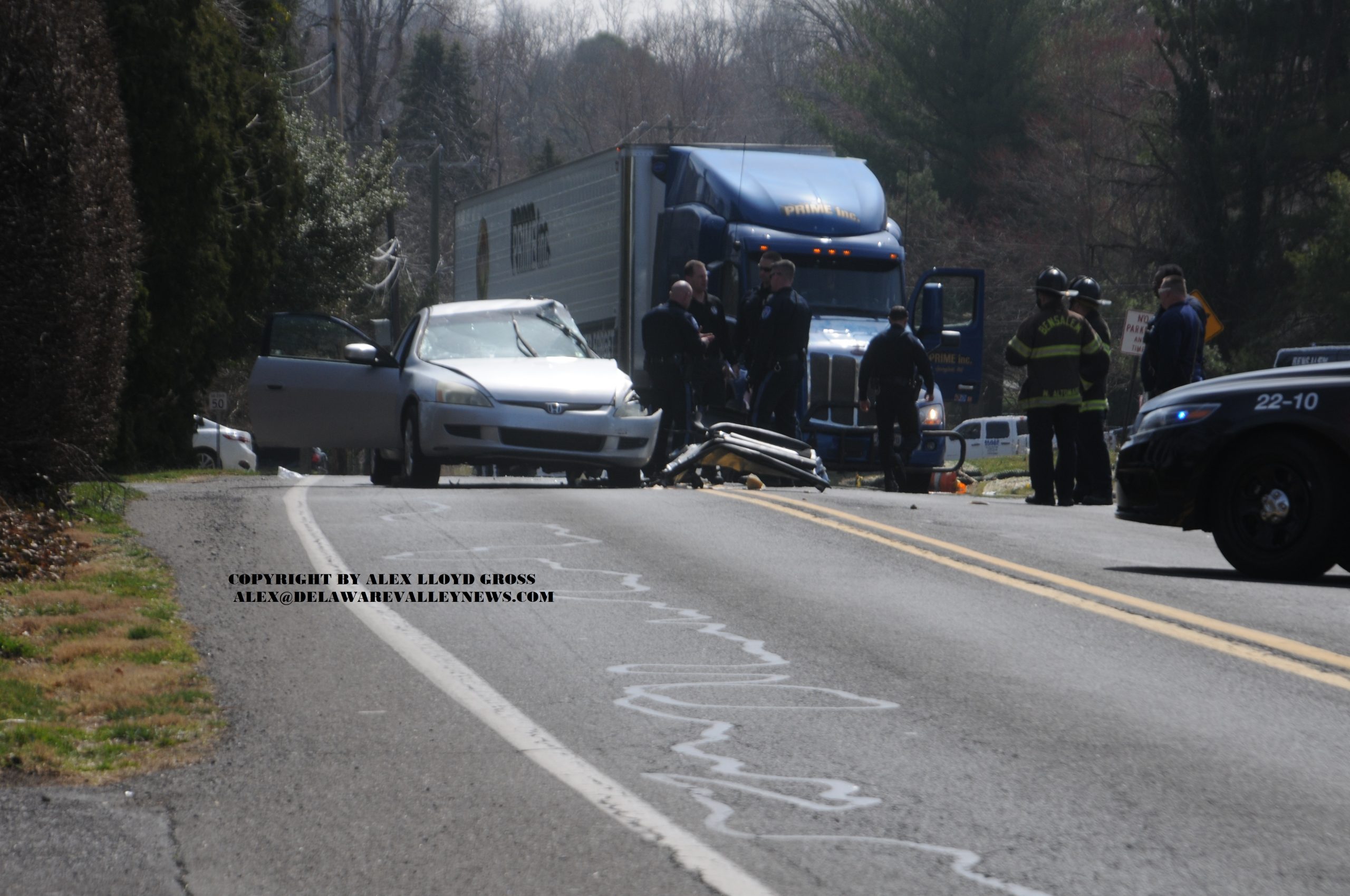 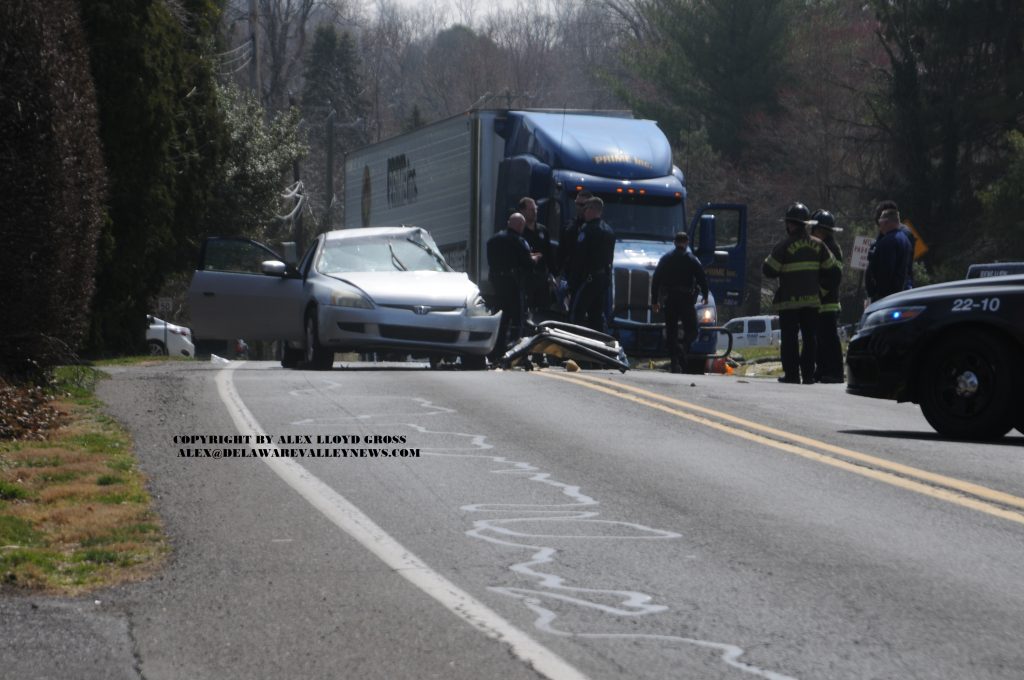 One male is in very serious condition after he was broadsided by a tractor trailer on Bensalem Boulevard earlier today, March 23, 2021.  The wreck happened  about 11::20 AM  . A car appeared to be exiting Fulton Street when the driver allegedly went through a  stop sign and into the path of a tractor trailer.  The driver of the truck was not hurt and cooperated with police.

The driver of the car  has to be cut from his vehicle with the jaws of life. He is was transported to a local hospital in serious condition. Due to the nature of the accident, police were called to do an investigation. No charges have been filed at this time, until the investigation is complete, police said. Bensalem Boulevard will be closed for an extended time from Hulmeville Road to Fulton Street.