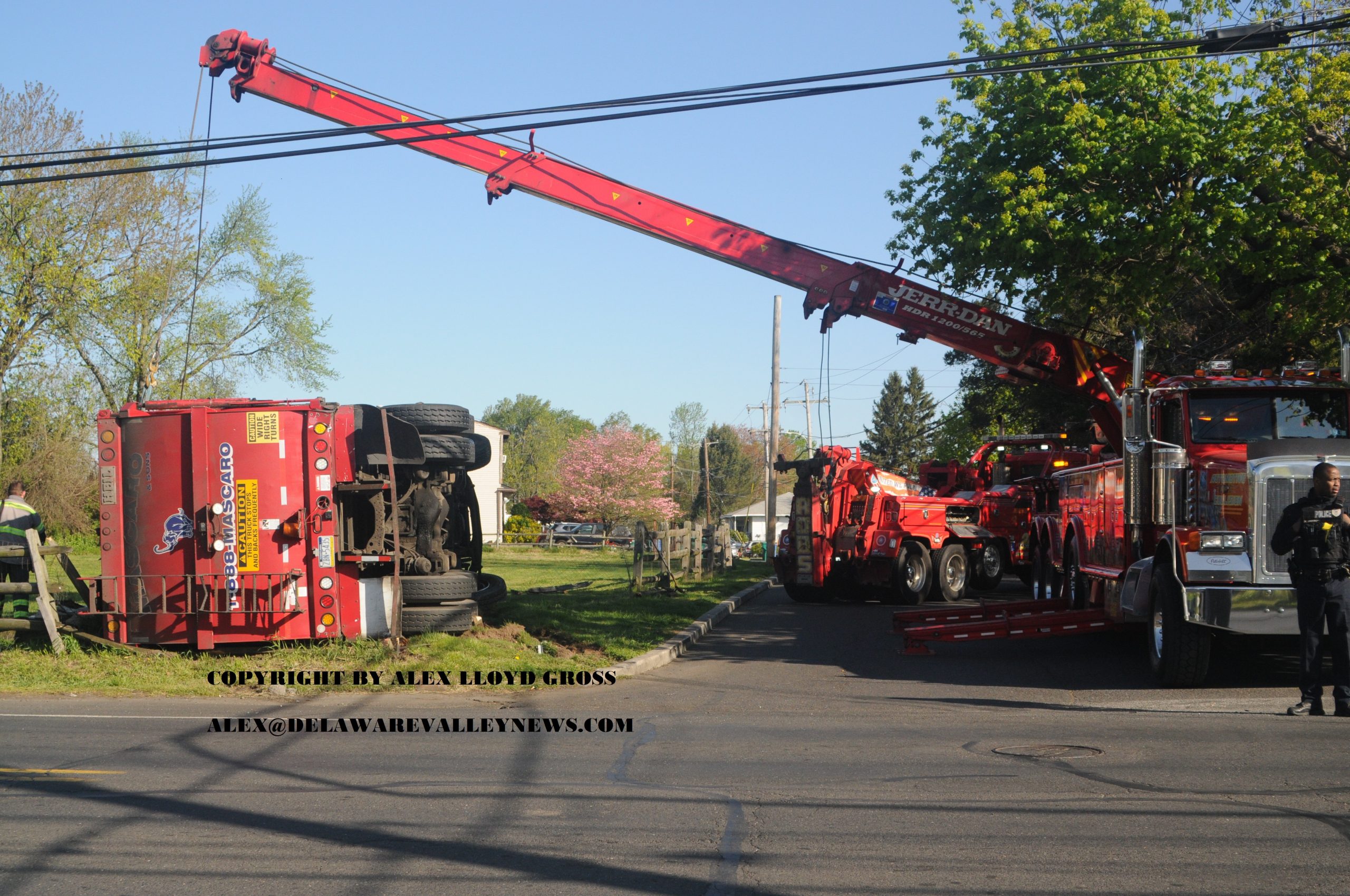 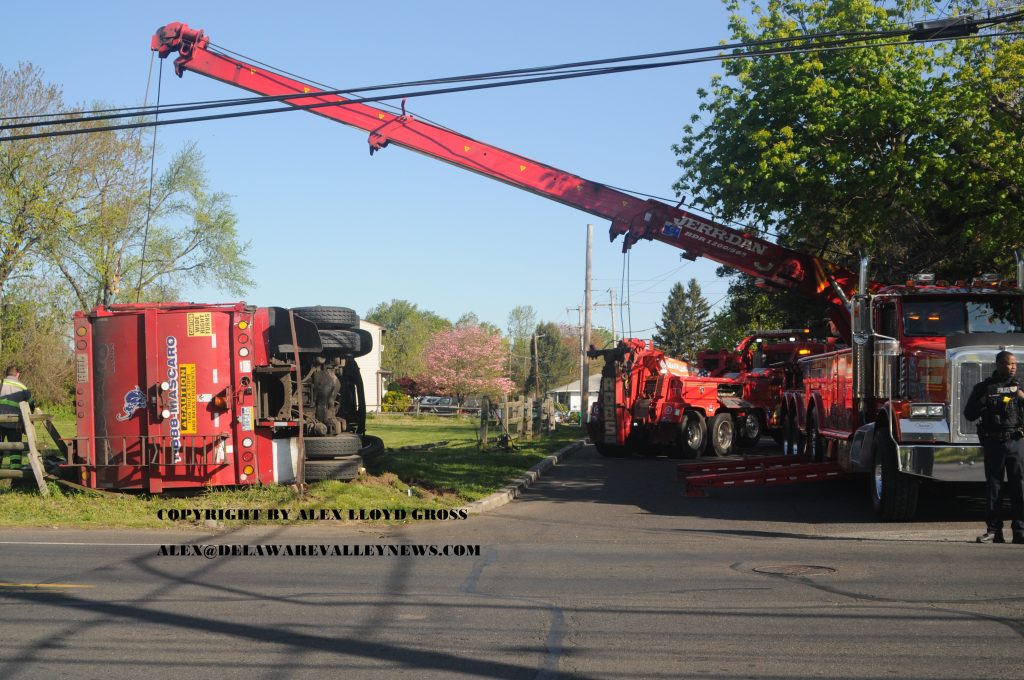 A trash truck loaded with what appeared to be cardboard flipped over, onto it’s side in Croydon today, April  23 2021. The driver was not hurt and there were no other vehicles involved.  Police said the crash happened about 7:50 AM, when the truck, owned by JP Mascaro & Sons  was traveling south on State Road.

The driver made a right turn on Fifth Avenue and the truck rolled onto it’s left side.  There were cars parked on the street but none were hit. Part of a fence was damaged.   Rob’s Towing had to dispatch two heavy duty wreckers to stabilize the truck and flip it back onto it’s wheels.  State Road was no closed. the Only street was was closed was Fifth Avenue near State Road. Speed might have been a factor, police  said.