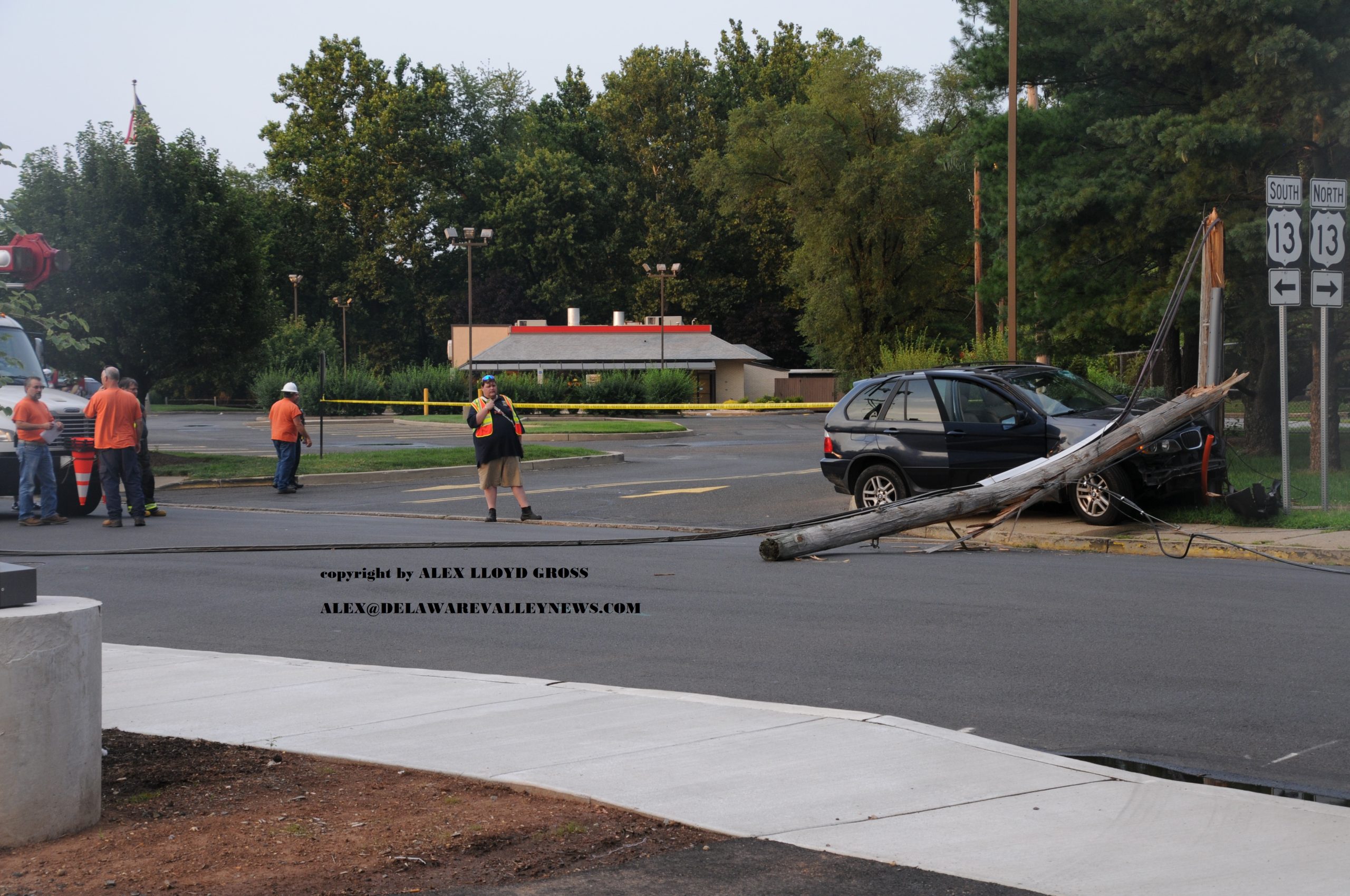 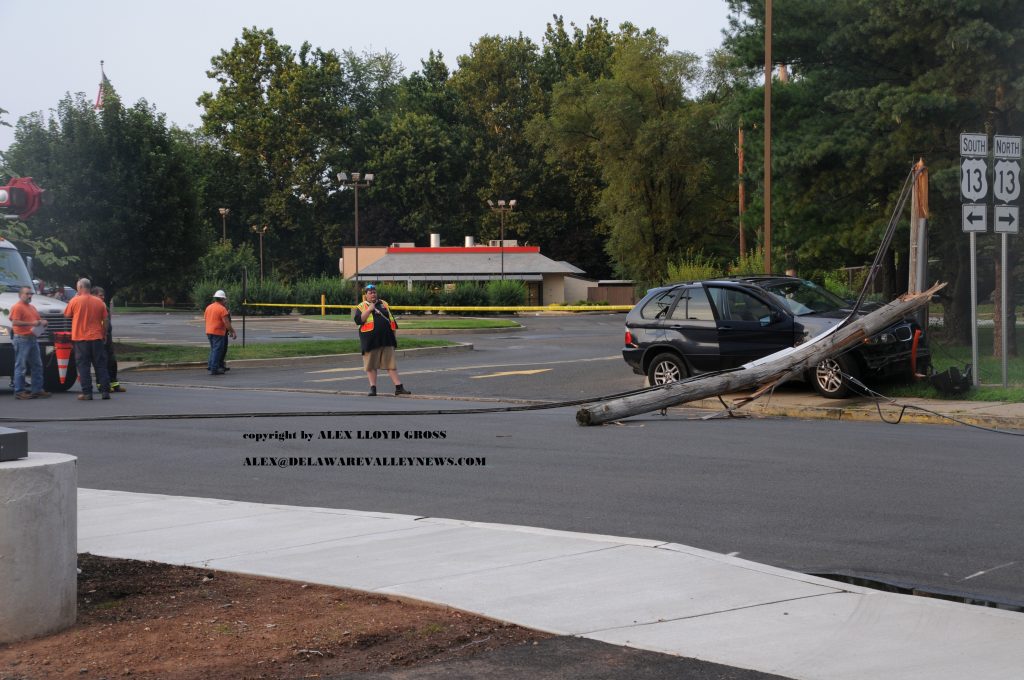 Shortly after 5;00 PM   July  21 2021  a driver traveling north on Route 13 slammed into a utility pole on Beaver Street, after  over correcting on a turn.  The pole was snapped in half, with wires lying across Beaver Street..  The vehicle was occupied by a driver only.  Police said there were no other vehicles involved.  The injury is said to be serious but not life threatening.

Beaver Street is closed until PECO  can shut down the power to the pole , and then the vehicle will be removed. After that has been completed,  a new pole will be brought up and installed, and wires have to be re-strung. Area residents can expect the road to be closed into the night. Intermittent power outages are possible. 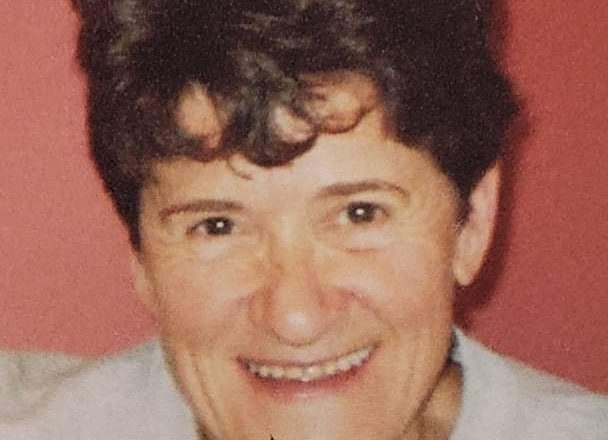 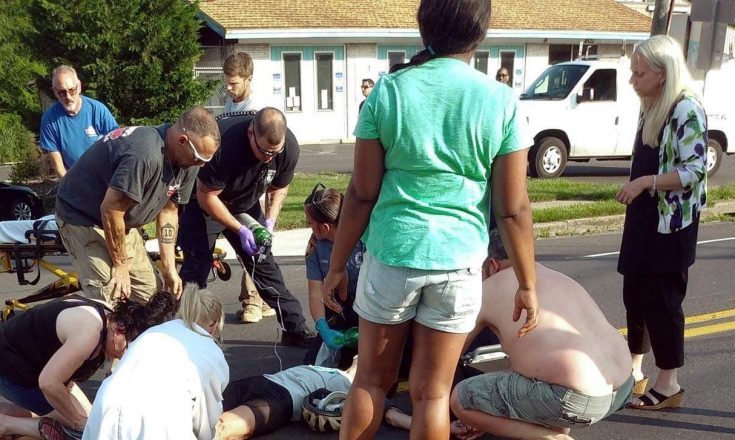 Two Vehicle Accident, One Flipped On Side in Northampton Township