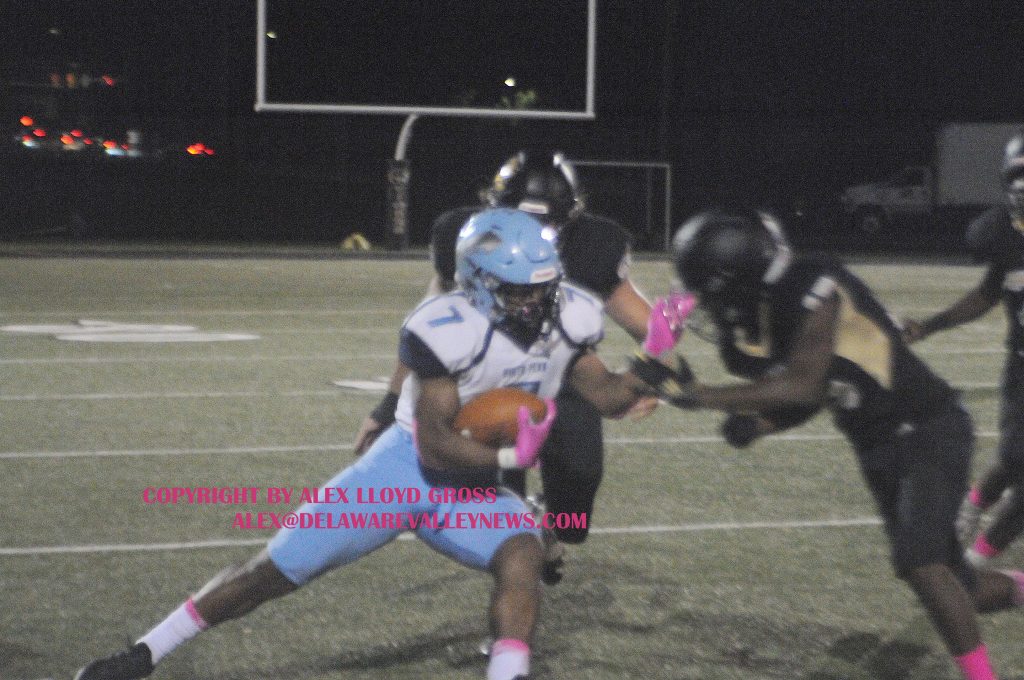 In spite of some impressive plays, it was not enough for Truman  to beat North Penn Football on a game  played at their home field. The game started at 7:00 PM and Truman was playing catch-up almost from the start.

North Penn is a tough team to beat. They are older and more experienced than their competition, which partly explains why they are undefeated to date this season.  7-0. During this game,the team rocked pink with socks and arm bands to show support for those battling breast cancer.   Truman is 2 and 5 this season. 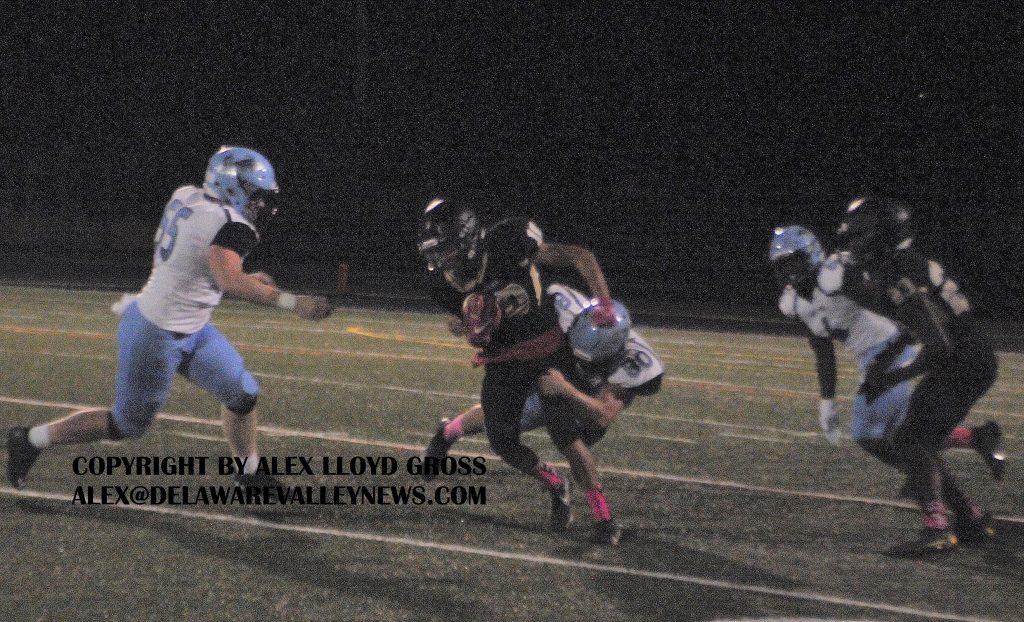 The final score of the game was 48-20.  The game drew about 150 people to watch, which is a pittance compared to what a Non-Conference game would draw in different parts of the state.  Those games can bring as much as 7000 people to a stadium. 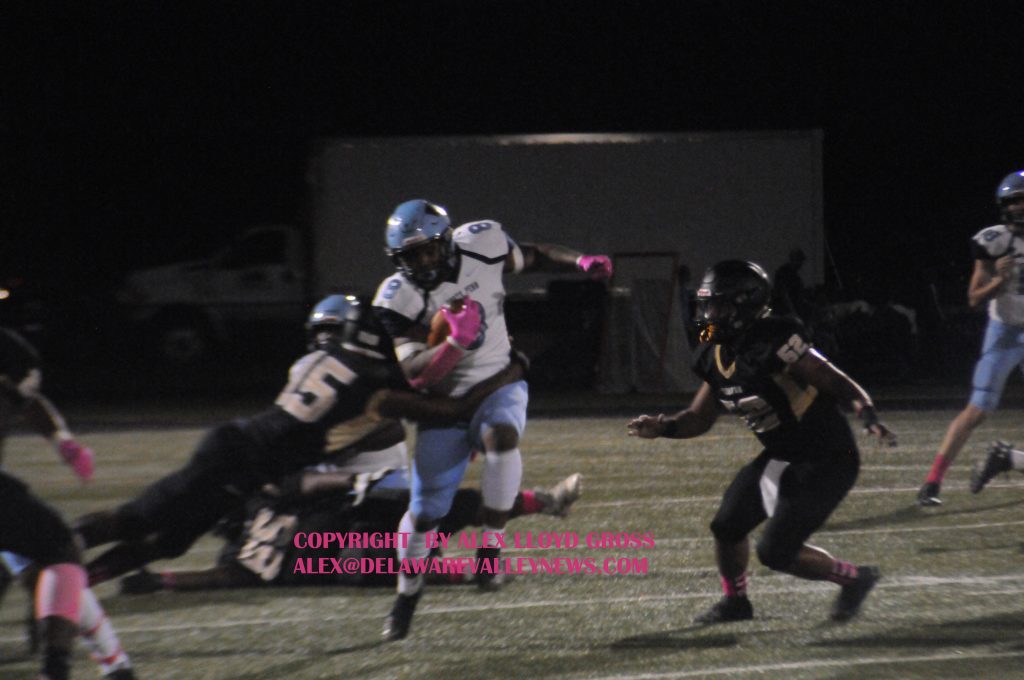 The next home game for Truman is October 16 against Council Rock North. That game is scheduled to start at 5:00 PM.