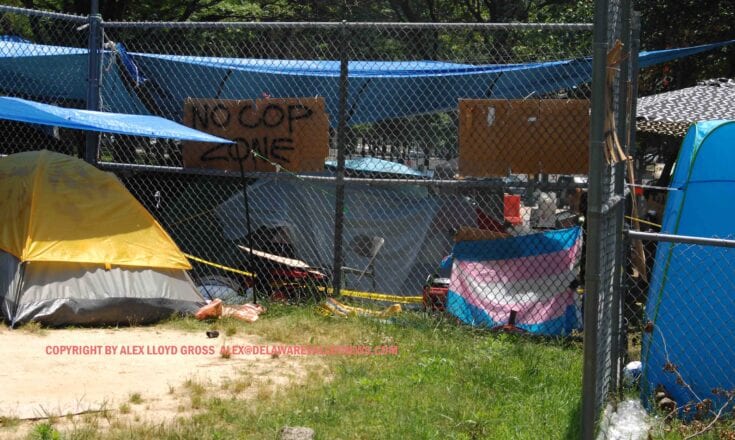 by Alex Lloyd Gross The Seattle Autonomous Zone is in the process of being dismantled.  There were shootings and assaults.  When people heard about it locally, the idea of an area with no police appealed to some people and they set up a smaller encampment,  along the Ben Franklin Parkway at 22nd Street.  It is