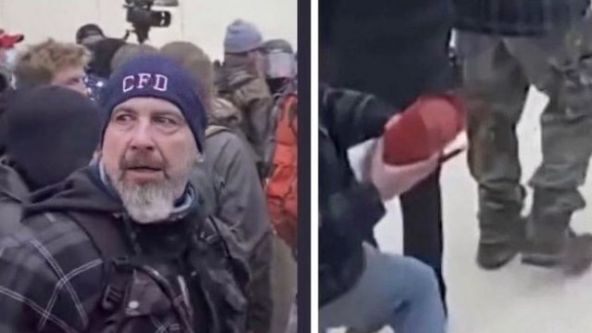 by Alex Lloyd Gross Robert Sanford, a retired firefighter with the city of Chester, in Delaware County was arrested by federal authorities this week. He is the male observed on video tossing a fire extinguisher over a balcony. That extinguisher hit three Capitol Police Officers, bouncing off their heads as they battled with rioters.. One 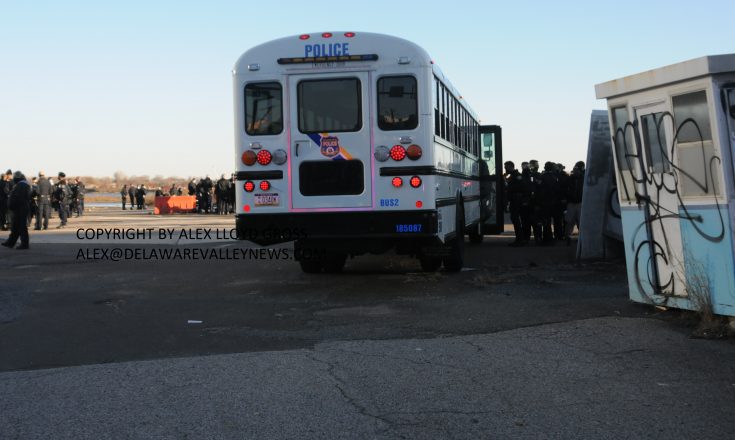