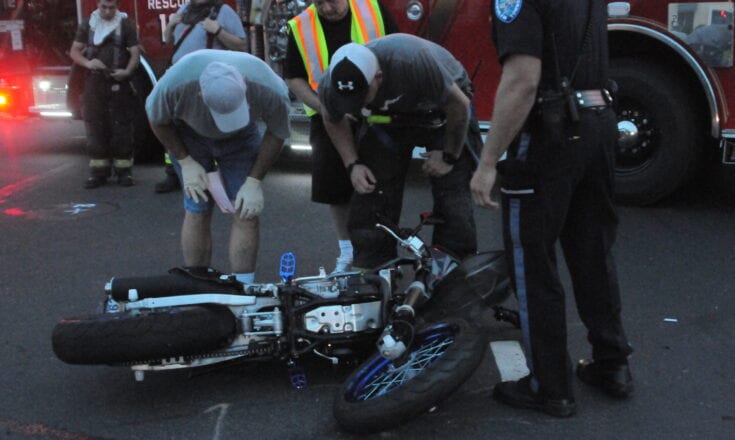 by Alex Lloyd Gross One male sustained serious but non life threatening injuries, after a motorcycle crash on busy Route 13 in Bensalem Twp. The crash happened on August 21 2020,  just before 7:00 PM at the intersection of  Biddles lane at Route 13. According to authorities on scene, a Jeep was making a left