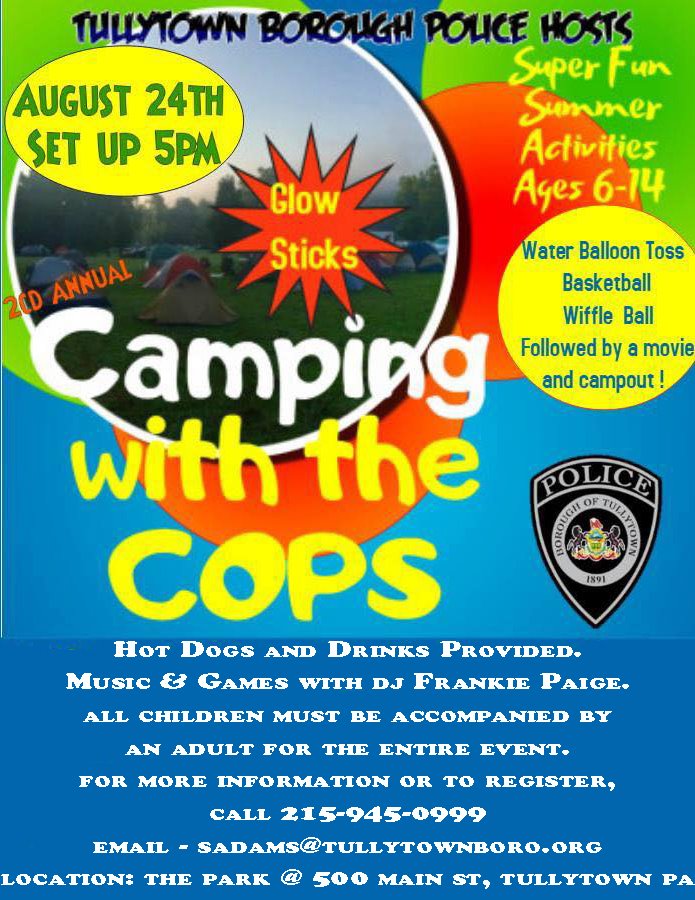 Scheduled for The Park located 500 Main Street, on August 24, for children ages 6 to 14, with free food, games, a DJ and a movie (as yet to be announced).

To register for the camping with cops event call 215 945-0999 or E-mail SADAMS@TullytownBoro.org.

Children must be accompanied by an adult in order to attend. Setup starts at 5 p.m.