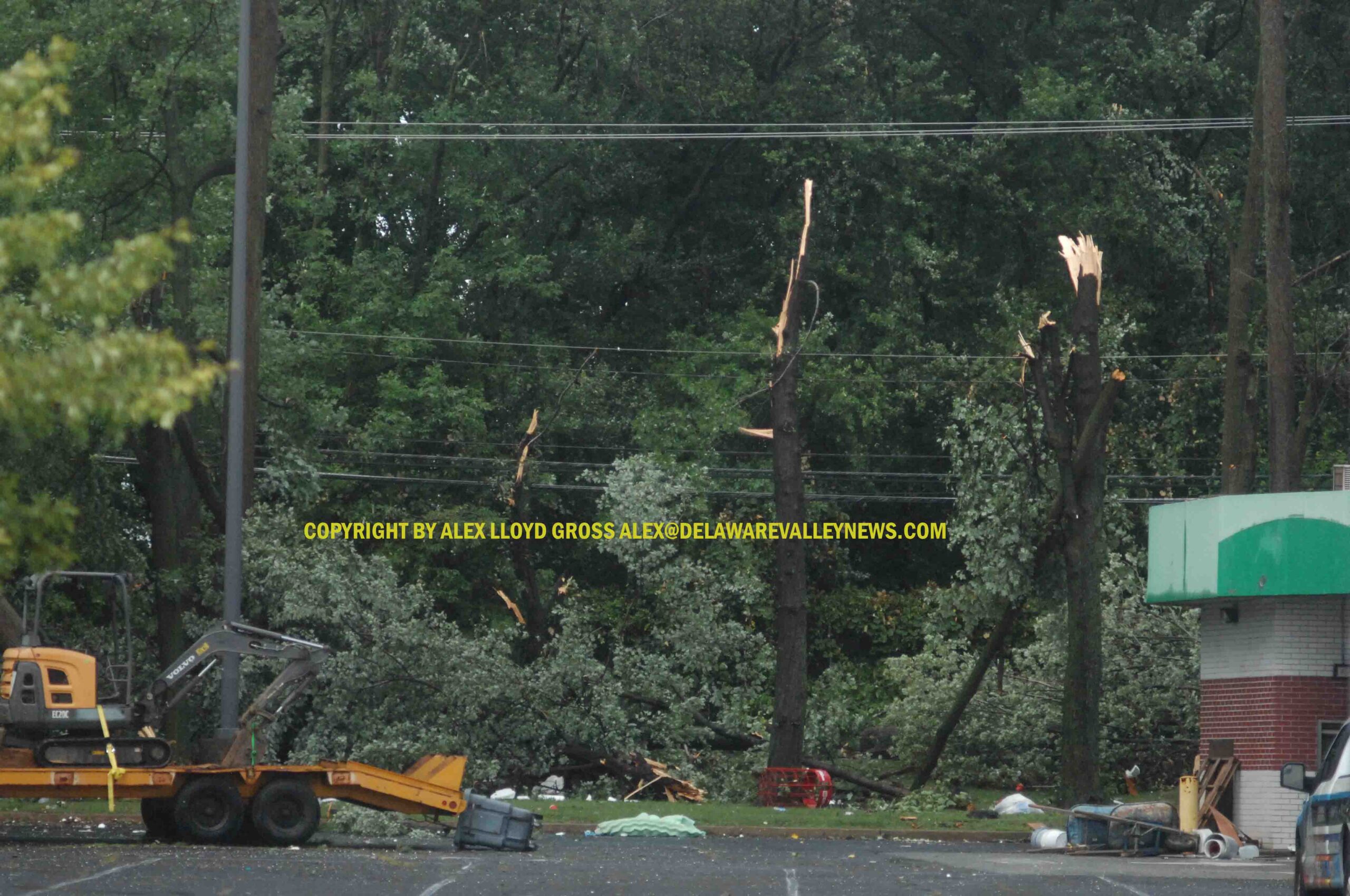 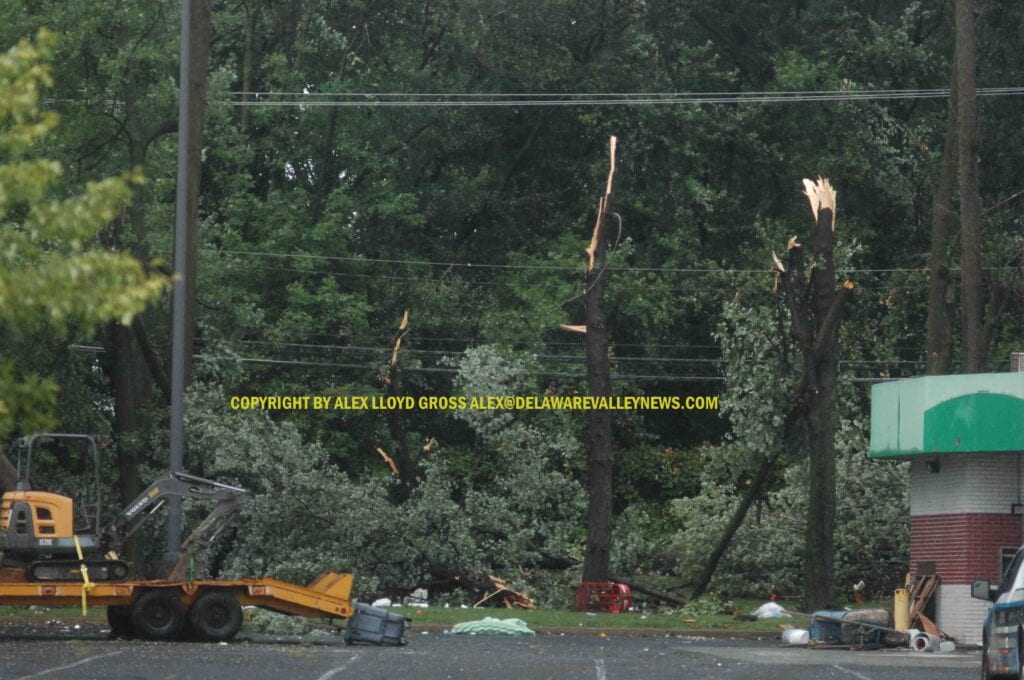 Alex Lloyd Gross- Photo-Delaware Valley News.com You can see the trees snapped in half. The fact that horizontal wires are still intact could help the NWS determine what came through the mall.

It could have been a small tornado, or a funnel cloud that caused the damage at Philadelphia Mills ( Formerly Franklin Mills ) Mall.  What ever it was, it  was not just a few trees blown over.  Shortly after 10:30 AM August 4 2020, what sounded like a train came over the old Wal-Mart  and the old Path Mark stores, located on the grounds of the mall. Part of the roof blew off  and it took some air conditioner units with it.

Both buildings are vacant and there were no injuries.  The old Wal-Mart building is being renovated into a storage area. Workers were inside when they heard the wind. Not only was the roof torn up from both buildings, there was a large debris field. It is how the debris fell and where it landed which is going to tell investigators what happened. 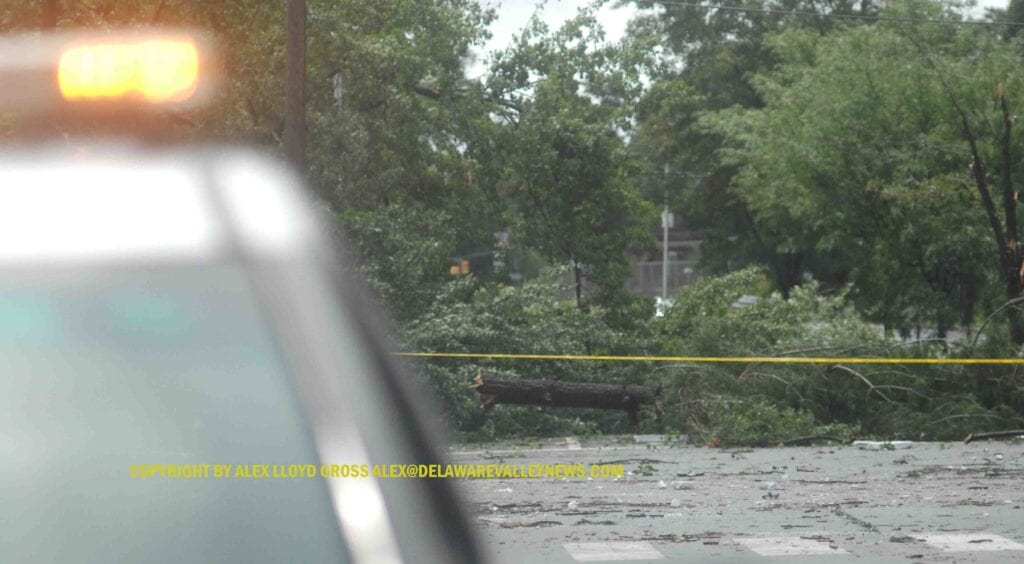 A swath of trees were heavily damaged. They were not uprooted, but they were snapped in the middle.  Large branches were covering the travel lanes of Knights Road in both directions, making it impassable.  There was no loss of power to the mall area. Several streets around the mall , on Medford Road did lose power. As investigators with the National Weather Service gather their evidence they will make their determination as to what caused the damage. Those findings will be made public within a few days. 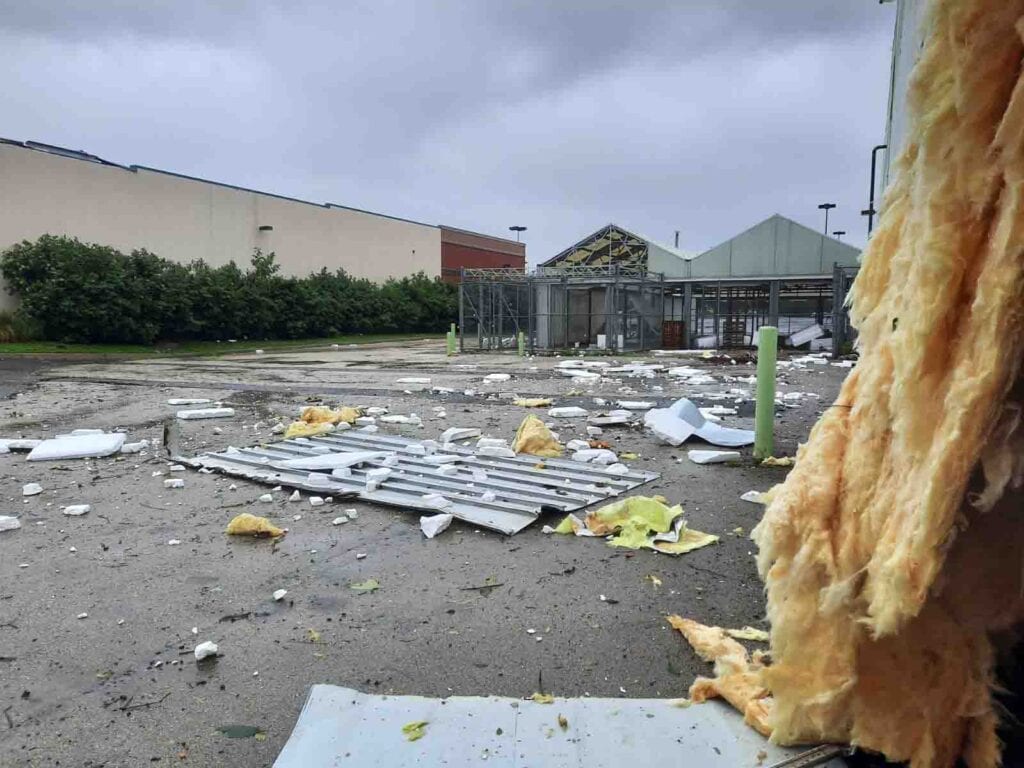 Dawn Altstatt photo-Special to Delaware valley News.com The roof and materials sits in the parking lot.

The actual mall was not damaged. The mall was open and continues to be open  and was not affected by this incident.   It is not uncommon that a hurricane or funnel clouds form from hurricanes or tropical storms. This happened during Tropical Storm Isias as it came through the area.