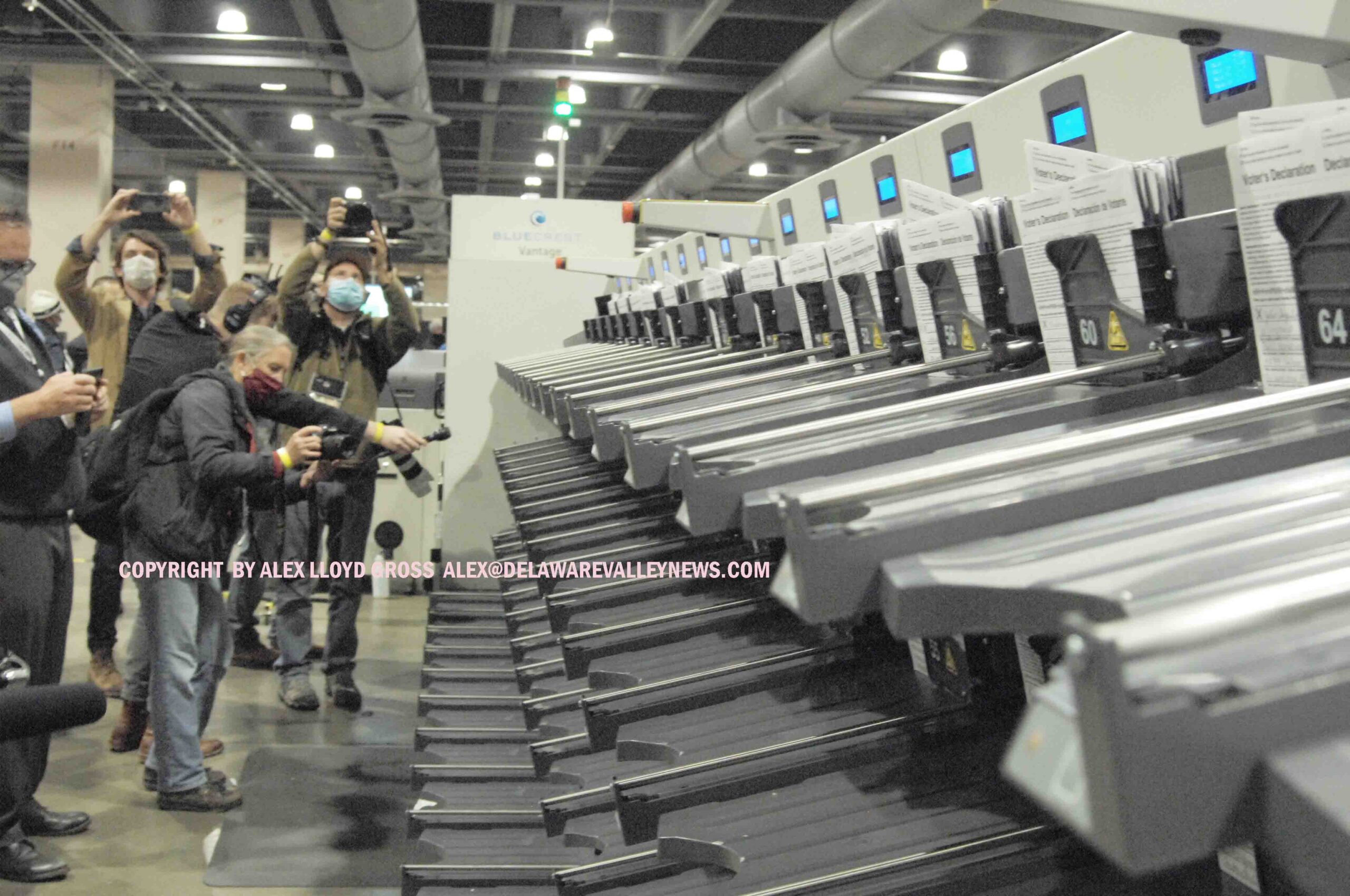 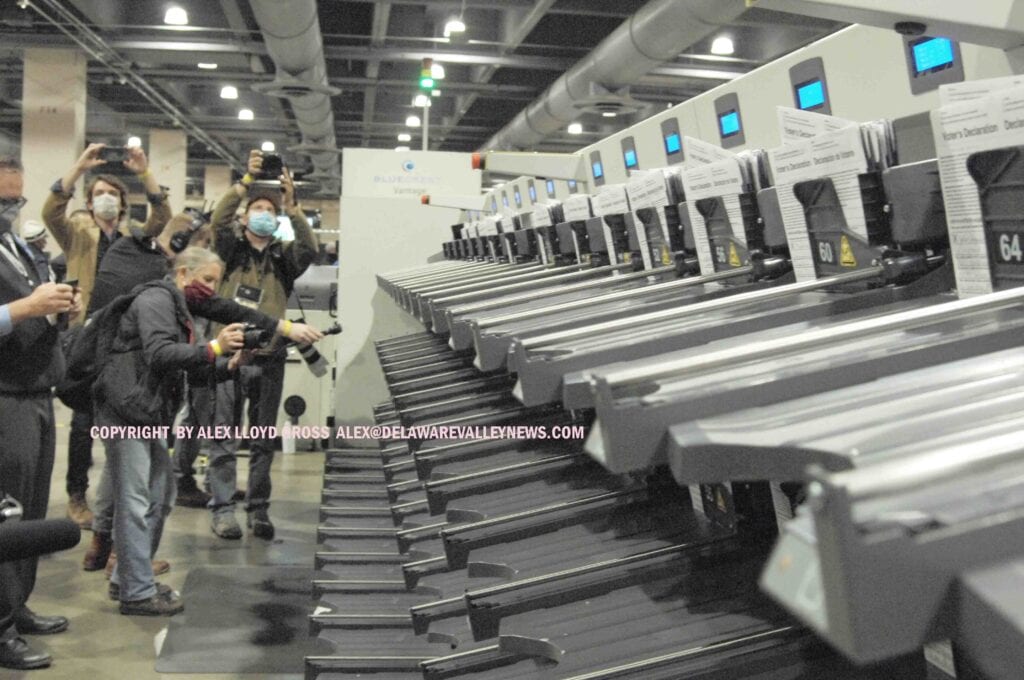 It is in a room at the Pennsylvania Convention Center.  The same space where celebrities have appeared and expos have been held.   For about a month,  space is being used by expensive machines to count and sort mail in  ballots for this years General Election.  Some people have claimed voter fraud and ballots can be changed or not counted. Today, October 26, 2020, the city held a media tour to show how those claims are baseless.

The ballots are in  envelopes that  are sealed. Those sealed envelopes are then put into a machine to open them.  They are sorted counted by ward and division. So, for example if the 1000th ward, 246th division has 97 ballots, when it comes time to count the votes, there will be 97 ballots.  All of the are under lock and key with security cameras on 24/7.  The city workers that count and sort them are not permitted to have cellphones, cameras, or any other kind of device on them . 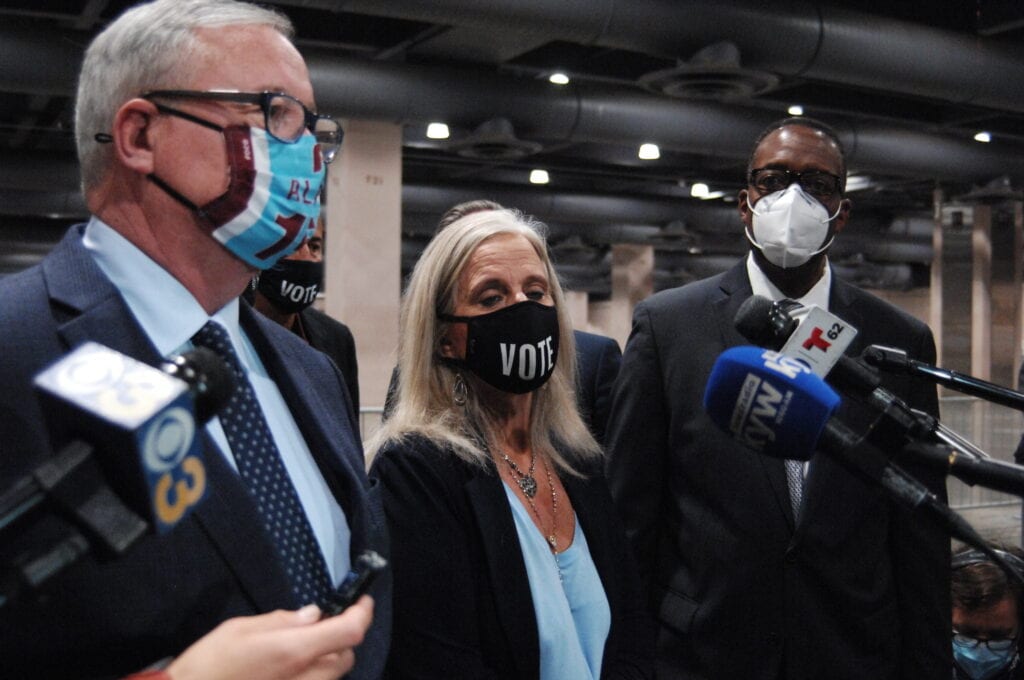 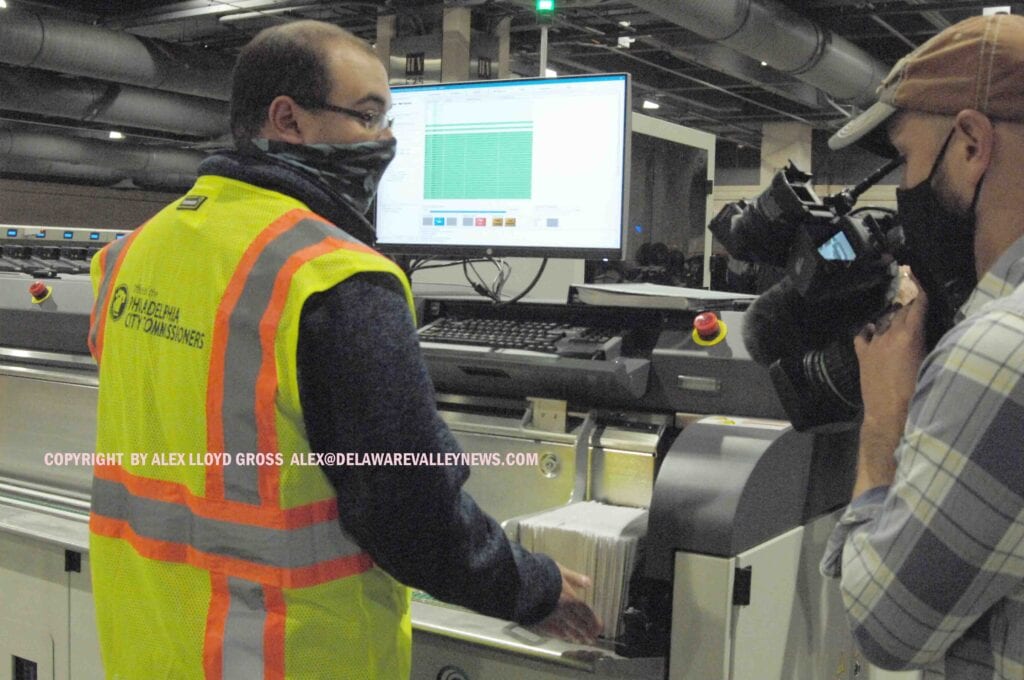 Mayor James Kenney and City Council President Darrell Clarke toured the facility to see first hand.   With several hundred thousand ballots in already, the machines are able to count and process at extraordinary speed. “These are machines, they don’t care about democrat or republican, they don’;t care who wins an election,” Clarke said. Some people have been making claims that mail in or early voting is ripe for fraud.  City leaders arranged this media tour to silence those claims.

Once the ballots are counted, they are locked in a cage. All of the employees will wear  special vests. To get into the room where the counting and sorting is done, someone has to pass through security. They are searched for cameras and other devices. Workers must wear face coverings inside while working.    City Commissioners said that the machines can tabulate a write in vote in case someone does not want to vote for a candidate listed on the ballot.