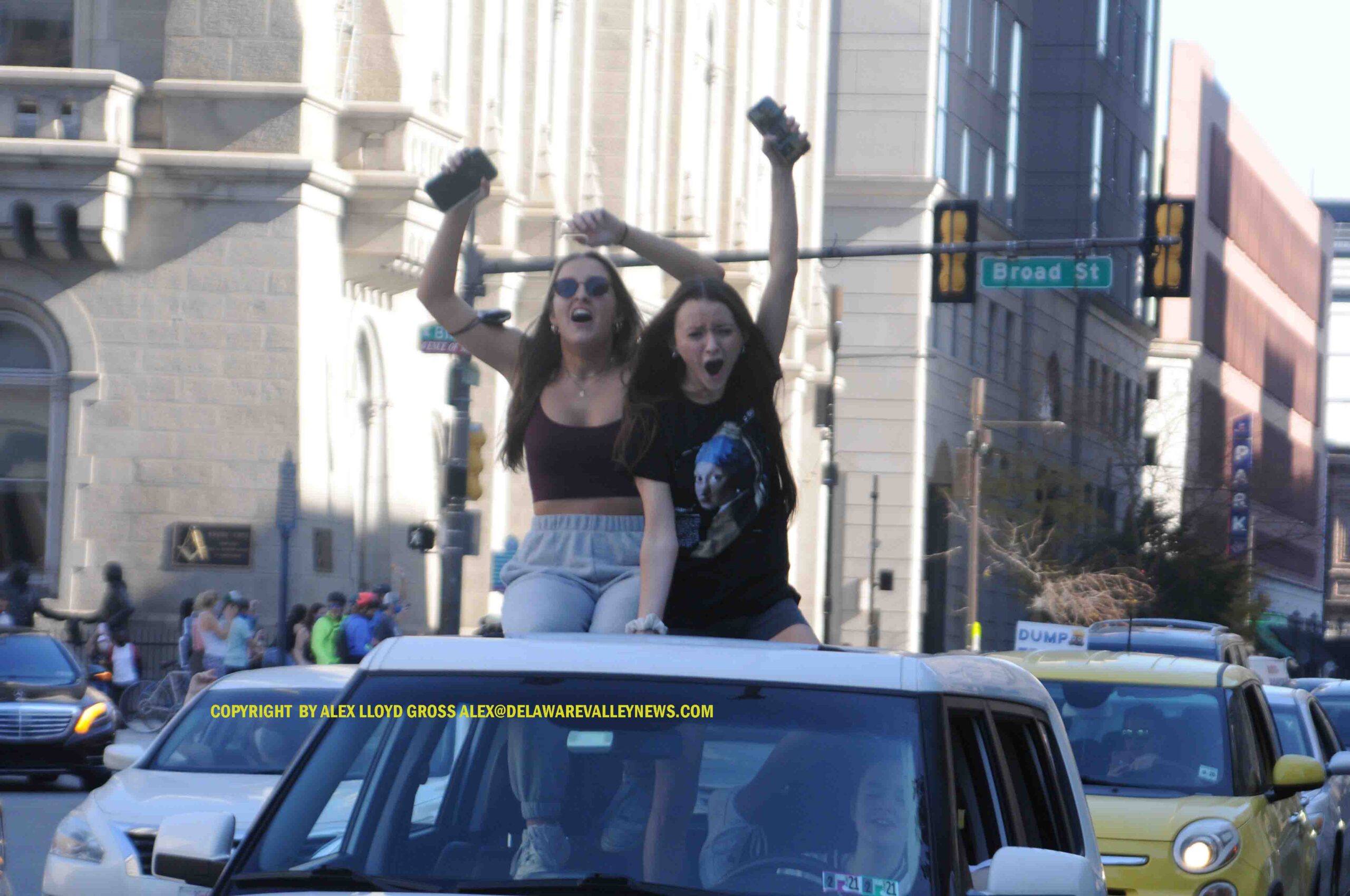 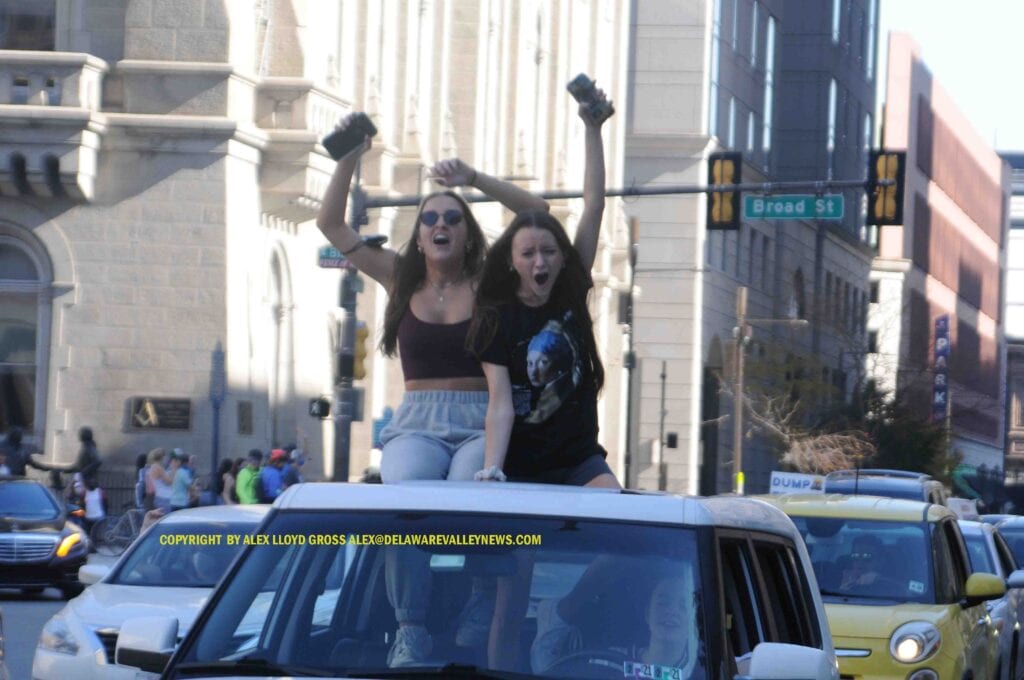 If you have to be anywhere near center city Philadelphia today, November 7, 2020 take a train.  Joe Biden won the election for President of the United States and several area of the city have erupted into street celebrations.   The largest being around city hall.   By 2:00 PM traffic was diverted  from Walnut Street north. That means all surrounding streets are gridlocked. It takes 20 minutes to go one block.

At the areas around the Pennsylvania Convention Center is closed as well. A small contingent of Trump supporters remain.  They were blaring classic hard rock from a PA system. They are entertaining a large group of Biden supporters who are celebrating n the streets.  Another celebration is taking place near Independence Hall.  It’s possible they may all merge at some time. 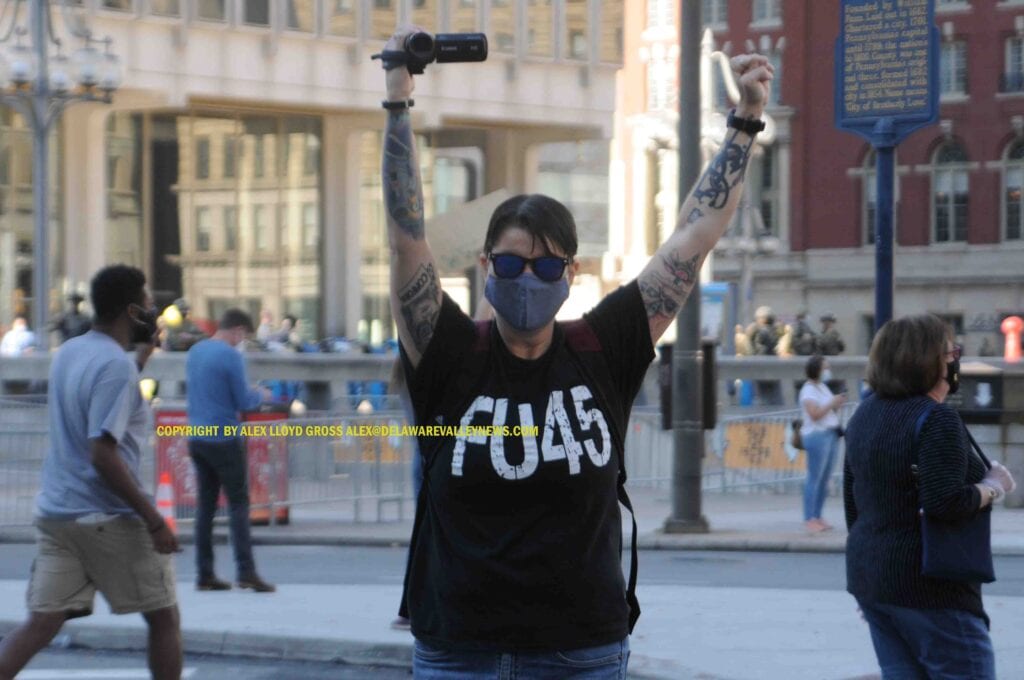 Donald Trump was fired and he does not like it. The businessman who is famous for doing things his way,  got fired by the American people. and has rage tweeted that he won. He then went to celebrate by playing golf.

I WON THIS ELECTION, BY A LOT!

Trump has given the election away by his constant bully tactics of calling opponents names “Sleepy Joe Biden” and Rocket Man when referring to North Korean Leader Kim Jung Un. His refusal to even speak about the minimum wage, when Biden promised to raise it. Trump has been at odds with his COVID team, insisting it is under control,  as record cases are reported. 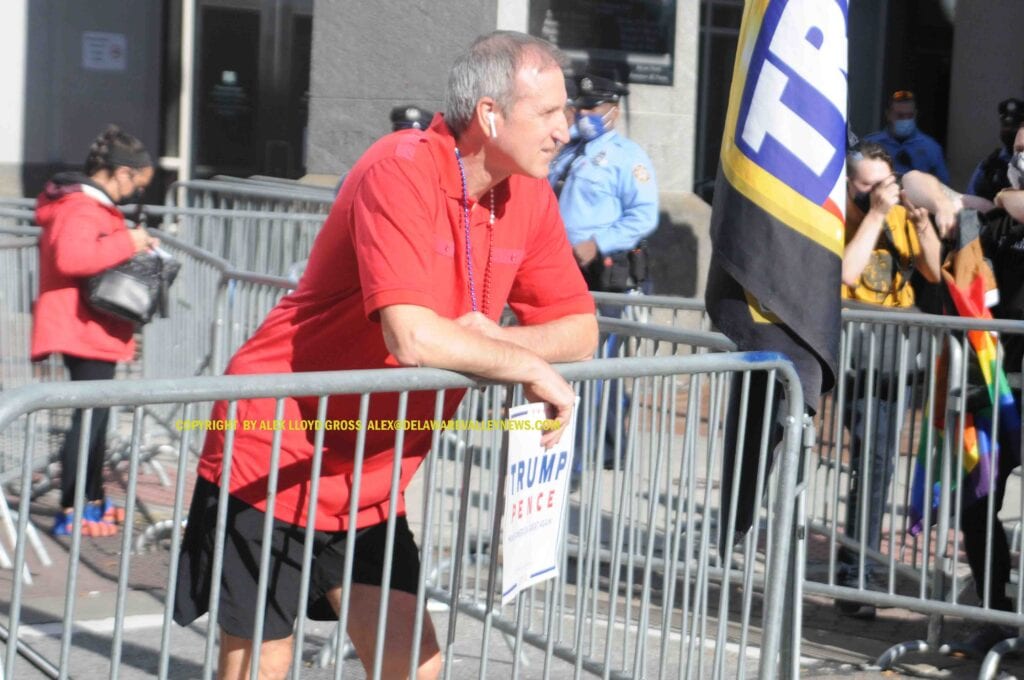 Alex lloyd Gross Photo-Delaware Valley News.com A Trump supporter is unable to find anything to celebrate at the convention center.

Trump is talking about peoples retirement plans when  more than half the country does not have one. They don’t care, they need more money NOW. Not everyone cares about the stock market.  Trump’s White House staff list looks like a list of day laborers, a revolving door of staffers and confidants, many have turned on him. Trump has done good things, like funding NASA,  stopping animal abuse  and his Right To Try legislation was not enough to propel him past Joe Biden.

The celebrations in Philadelphia are expected to last well into the evening.